Cassadaga in Florida: Home to the Largest Psychic Community in the World In Florida, United States, there is a small town by the name of Cassadaga which is known as the ‘Psychic Capital of the World’. The people of this town claim to specialise in communicating with the dead.

The religious movement of spiritualism has its roots in the belief that souls never cease to exist. Spritualism preaches that the spirits of those who have died, exist and with the right medium, can communicate with the living.

The medium, in this case, is a living being who can contact spirits and receive communication from them. ‘Mediums’ bring messages from the dead to their loved ones or sometimes predict somebody’s future with the help of spirits. Spiritualists or Mediums believe that spirits are ever evolving; hence, able to morally and ethically guide human beings according to God’s will.

The psychics of Cassadaga, Florida

Cassadaga is a town built with people who command respect for their sacred values. It boasts of having the highest number of psychics, mediums, and clairvoyants. They believe that Cassadaga is in the centre of some kind of spiritual energy where the Divine and the Earth come together to create an ethereal whirlpool powerful enough to heal the broken spirits and hearts of human beings.

Apparently, Cassadaga gets millions of visitors every year. People come to this queer town sometimes, out of sheer curiosity and sometimes, to meditate and find meaning in their lives. The mysterious aura of the place ensures an out-of-the-world experience teamed with psychic readings, spiritual direction and communicating with spirits. The history of the town is as surreal as the town itself. It started with the birth of George P. Colby in 1848 and his interaction later in life with a Seneca Indian spirit.

George P. Colby was born in Pike, New York in 1848, to Elmira Abigail (Lewis) Colby and James Lysander Colby. The Colbys, Baptists by religion, moved to Minnesota 8 years after George’s birth to live on a 160 acre farm in Forestville Township. George had two brothers and two sisters but he lost both his sisters at a young age. 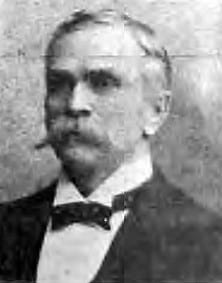 George was baptised in 1860 and supposedly, the baptism seemed to have triggered his psychic abilities. A little while after that George alleged that the spirit of his dead uncle had come to him. The spirit told him of his psychic prowess and predicted that he would go on to start a spiritual community in the Southern United States. George started doing spiritual readings and healing people as a clairvoyant.

By 1867, he started travelling to other parts of the country as a Medium and gained popularity. He was acclaimed for his ability to communicate with deceased relatives of clients and was often referred to as the ‘seer of spiritualism’.

During his travels in Iowa in 1875, George was visited in a séance in Lake Mills by a “Seneca Indian spirit guide” and asked to get in touch with another psychic, T.D. Giddings in Eau Claire, Wisconsin. The instructions were to hold a séance together, in which the spirit guide would then lead them to their destiny.

In the séances that George and Giddings held, they were told that the spirit guides had decided on a spiritualist centre to be established east of Blue Springs in Florida. The exact location revealed to them was a spot near the pine tree covered hills of Volusia County overlooking several lakes.

George and Giddings found the exact spot and made plans of a farmhouse there. In 1880, George filed for a grant for the farmhouse and received 145 acres of the land in 1884. That area was later named Cassadaga which means ‘water beneath the rocks’ in Seneca Indian. Not only was this area near a lake but also had a miracle spring nearby which George claimed, cured his tuberculosis.

With the rise of Spiritualism in the United States, several spiritualists came together to form the National Spiritualist Association in 1893 setting up centre in Lily Dale near Lake Cassadaga in New York. George signed a deed for 55 acres of land for the formation of the Cassadaga Spiritualist Camp Meeting Association. As a tribute to the mediums and psychics of Lily Dale who helped George, he named the area Cassadaga after the lake near Lily Dale.

On December 18, 1894, the agreement was signed for the formation of the Southern Cassadaga Spiritualist Camp with the help of E.W. Bond and Marion Skidmore of the Lily Dale spiritual camp. While Bond helped with the materials required to build the camp, Skidmore came to be known as the ‘Mother of the Camp’.

George started travelling all over the country again, as a medium and spiritualist guru. He settled down in Cassadaga in 1933 due to deteriorating health and breathed his last on July 27, 1933, with the camp members tending to his needs.

Now, a non-profit organisation managed by a board of trustees, the camp is the largest spiritualist community in the southern United States. Classes on meditation and spiritualism are conducted here on a regular basis. Séances and psychic readings are also held here. Apart from the camp, the town also houses, mostly psychics and mediums.

In the early 1920s, magicians refused to believe in clairvoyance and tried to prove that they could also do what mediums claimed to be doing. The great magician Harry Houdini was one of them but, he turned to a medium after his mother’s death, to commune with her spirit but soon realised he often met frauds.

The Southern Cassadaga Spiritualist Camp Meeting Association is famous for being the oldest active religious community in the southern United States and, was also designated a Historic District on the National Register of Historic Places in 1991.

Though sceptics refuse to believe in spirits, the residents of Cassadaga live with the conviction that not only do spirits exist but can also talk to you and guide you through the right Medium or Psychic.