Bobbie the Wonder Dog: Uplifting Story of a Separated Dog that Travelled 2500 Miles to Return Home 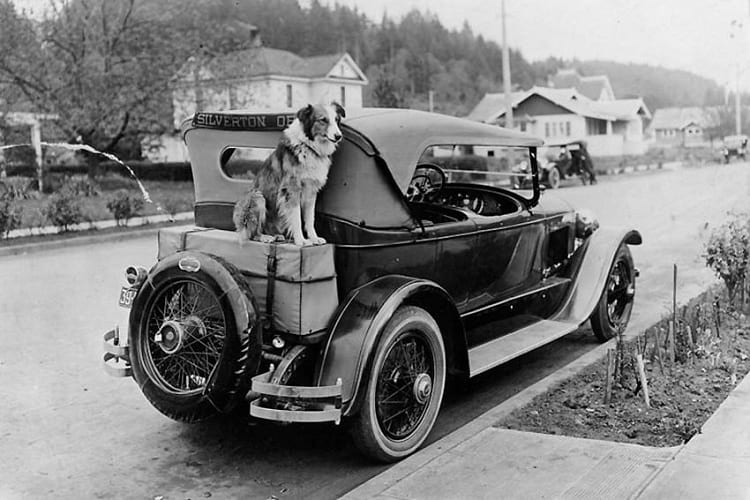 Bobbie the Wonder Dog on the trunk of a touring vehicle in Silverton. (Courtesy: www.silvertonbobbie.com)

This is a rather remarkable story of a dog that got separated from his family and travelled over 2,500 miles through unforgiving terrain in the dead of winter to make it back home. The story begins on a warm August day in 1923 when the Brazier family decided to take a road trip to visit family in Indiana. With them, travelled their trusted companion, Bobbie, the dog. While filling gas at a local station in Indiana, Bobbie was jumped by three mongrels. In an effort to defend himself, he sprinted away with the mongrels in hot pursuit. That said, the family was not too worried. They knew that the two-year-old scotch-collie mix is well equipped to handle himself and that he’d be back sooner or later. With this thought in mind, the family returned to their local home in which they were staying.

However, Bobbie never returned. When this realisation dawned, panic-stricken, the Brazier family searched for Bobbie high and low. The family called his name around town and got some locals involved in the search; they even wrote up an advertisement in the local newspaper. But all their efforts were in vain. Bobbie could not be found. 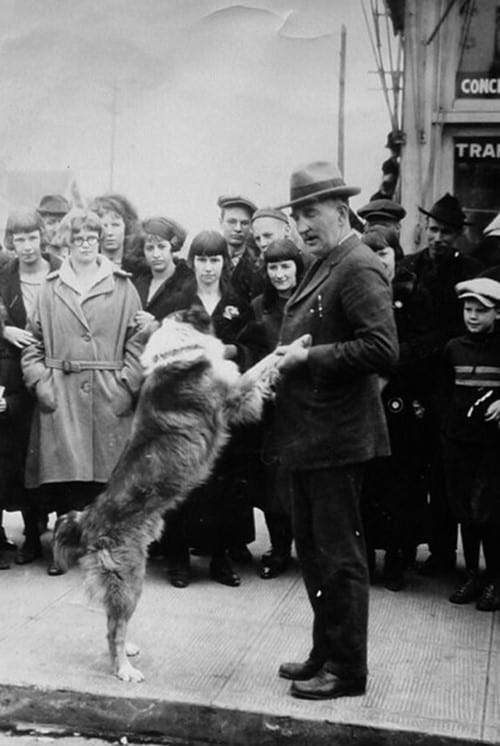 Disheartened, the family gave up. They decided to carry on with the remainder of their trip, leaving instructions to take care of him, on the off chance that he reappeared. However, this was not to be. Even on their return to the town, Bobbie was still missing. The family had lost one of its members. Remorsefully, the Braziers decided to make their way back to Silverton, Oregon, leaving instructions to have Bobbie sent via rail if he ever managed to show up.

Six months later, the miracle that the family was hoping for was finally delivered. Bobbie, after a long absence, found himself at the foot of the place where the family conducted their business. The family was absolutely elated to see him. By the looks of it, Bobbie had walked all the way from Indiana! His coat was dirty and disease-ridden, he’d lost a lot of weight, and his feet had all but worn out to the bone. Upon investigation by officials at the Oregon Humane Society, the family’s unbelievable claim was confirmed as the truth. He did indeed walk all the way from Indiana crossing mountains and a desert, in the harsh winter, to reach his home.

The town of Silverton was overjoyed by the news. The local newspaper, the Silverton Appeal, published an article on their front page, and soon, the story was making headlines across the country. The Braziers received a ton of fan mail from people all over, addressed to Bobbie. His story became a sensation overnight. He was given jewel-studded collar, gifts, medals and was also presented with the keys to the city. Bobby even starred in his own silent movie in 1927. Unfortunately, Bobbie died young soon after at the age of six. He was buried in the town with honours from the Oregon Humane Society. Portland’s then mayor, George Baker, gave the eulogy, while many of his fans came to pay their respects. Even today, one can visit the town of Silverton, and visit Bobbie’s grave, where his legacy, undoubtedly, lives on.

Enjoyed this article? Also, check out “Pep The Dog, Who Was Sentenced to Life in Prison for a Murder He Didn’t Commit“.

Fact Analysis:
STSTW Media strives to deliver accurate information through careful research. However, things can go wrong. If you find the above article inaccurate or biased, please let us know at feedba[email protected]

Previous Article
Vesna Vulovic: The Woman who Plummeted from 33,000 Feet and Survived
Next Article
1959: What Really Happened at Dyatlov Pass?