Remembering Scarlett the Valiant Cat Who Became a Symbol of Heroism 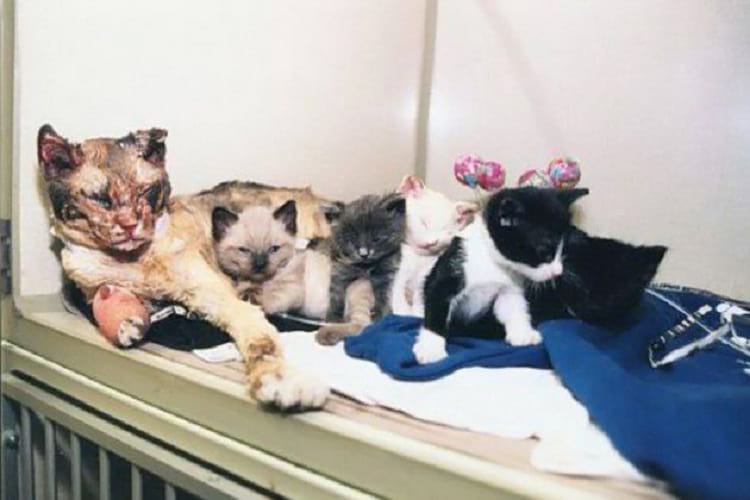 Scarlett with her kittens after being rescued. (Scarlett Facebook page / Used with permission)

LOVE THAT KNOWS no bounds and is unconditional is that of a mother’s. It is this love that gives them the power and courage to sacrifice their self for the wellbeing and safety of their children. This emotion is not unique to human beings but is innate to every living being, including animals and birds.

On this Mother’s Day, we commemorate Scarlett, a former stray cat. Her heroic efforts of saving her kittens from the enormous fires made her a household name, and an admired pet. Many non-fiction books, magazine articles and TV shows have given a tribute to her and her heroism.

A stray cat, most probably born in June or July 1995 found shelter in a garage in Brooklyn, New York, with her five kittens. Here, she stayed with them till a fire broke out in the garage in 1996. As the New York Fire Department reached the spot and controlled the blaze and extinguished the fire, one of the firefighters noticed a kitten outside the garage. Her mother, Scarlett had saved her. As the firefighters doused the fire, Scarlett was rescuing her kittens one by one. In the process she sustained major injuries—blisters on her eyes, her hair on her body was almost burned away giving her burnt ears, paws and fur. After rescuing all her five kittens safely, Scarlett fell unconscious outside the garage. 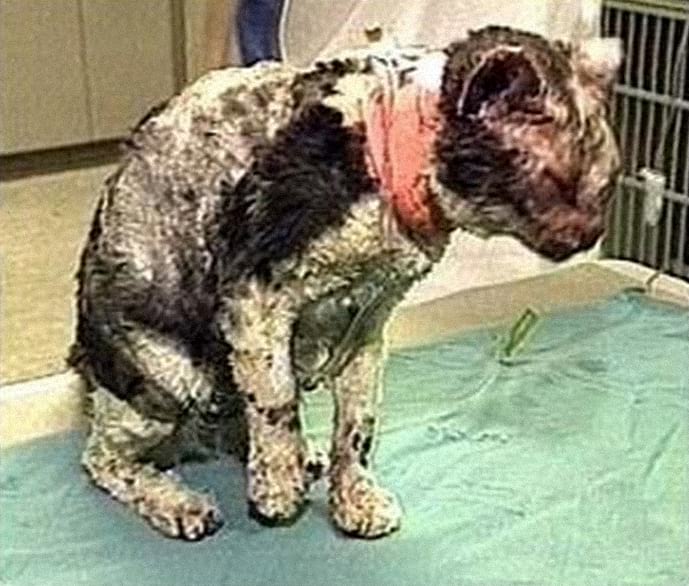 Scarlett at the NSALA, an animal rescue and adoption organization in New York. (Scarlett Facebook page / Used with permission) 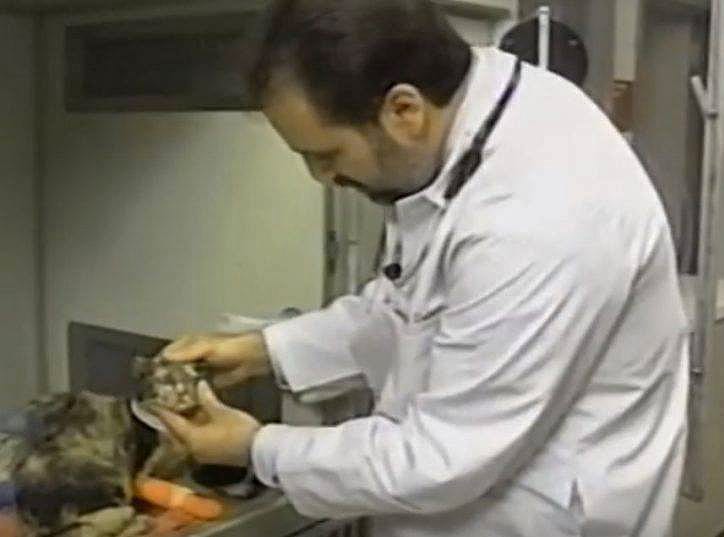 Scarlett along with her children was rushed to North Shore Animal League America, where they were treated. One of the kittens succumbed to a virus after a month. The rest of the family recovered after three months of continuous treatment. Following the recovery, Scarlett and her babies were put for adoption.

The Animal League was flooded with over 7000 applications and inquires. Scarlett and her family had an army of admirers wanting to take them in as a family. Eventually, the kittens had to be divided into two groups, the four of them were adopted by two different families in a pair and Wellen family adopted Scarlett. Karen Wellen had recently lost her own cat to injuries after an accident. This made her more compassionate towards Scarlett and the Animal league found her most suitable for Scarlett. 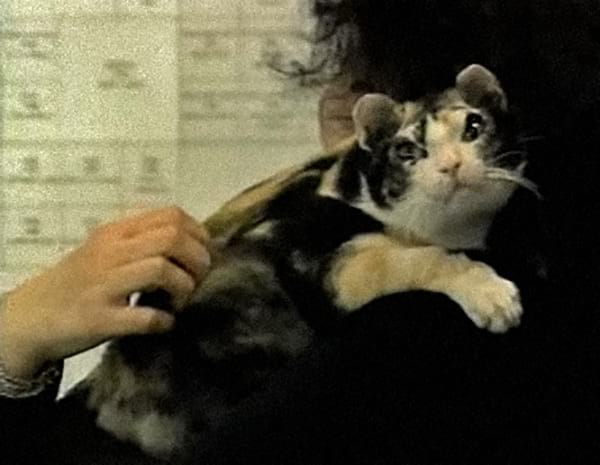 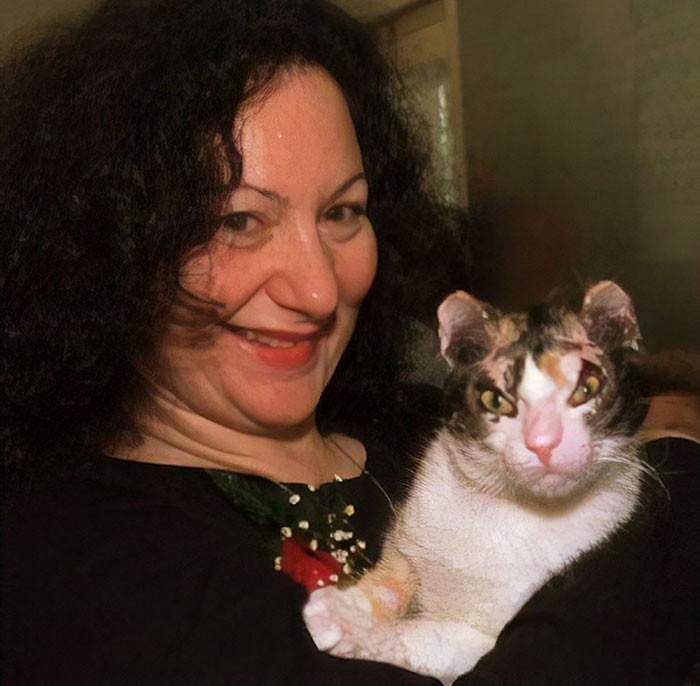 Scarlett required continuous care and treatment for her injuries and heart murmur she developed during her time in the Animal League. In 2007, at the age of 13 (68 in human years), she was diagnosed with inoperable lymphoma and after months of treatment chemotherapy, Scarlett was laid to rest in October 2008 as the family couldn’t see their beloved cat suffer. In the same month, National Geographic Kids’ Magazine enlisted Scarlett as one of their top ten cats. 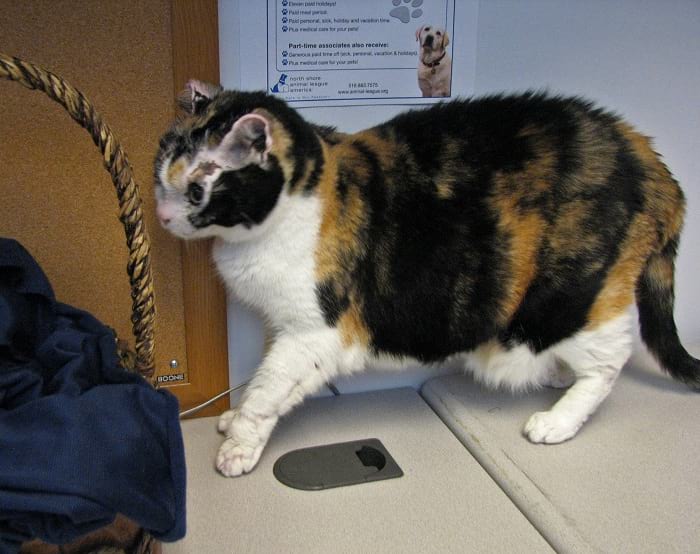 Scarlette at NSALA office not long after she was diagnosed with lymphoma. (Scarlett Facebook page / Used with permission)

Living with the Wellens, Scarlett received abundant love at home and outside. She continued being in the media limelight and received prestigious honours and titles, made news headlines in various news outlets and also caught Oprah Winfrey’s fancy. The Animal League, a medical centre at which she was a regular visitor, created an animal heroism award in her name. 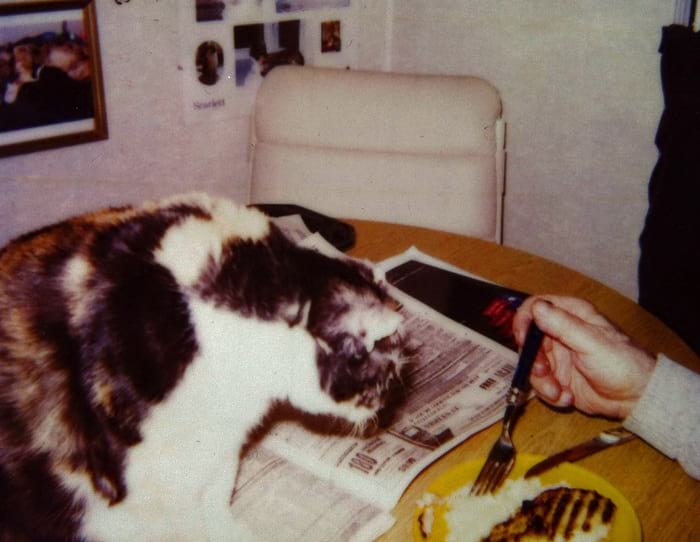 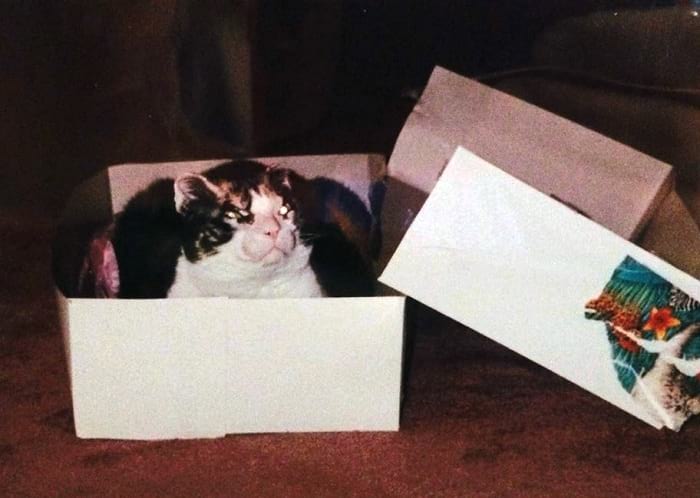 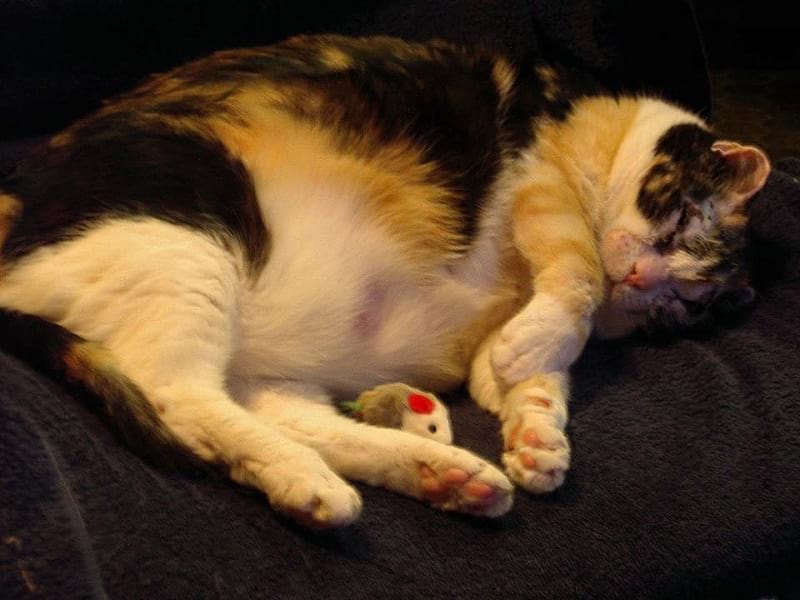 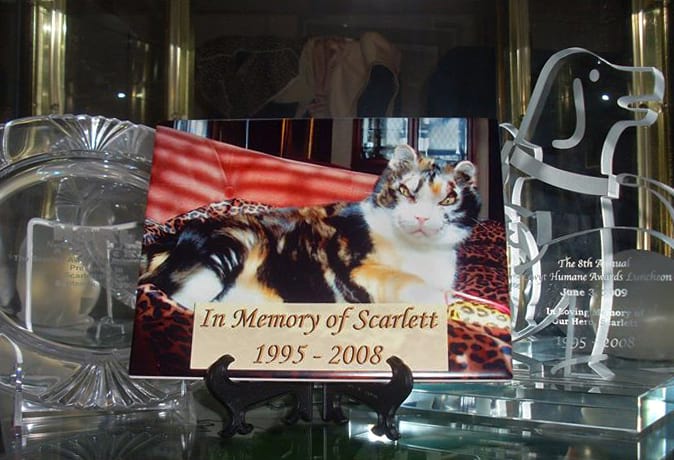 A photo in memory of Scarlett. (Scarlett Facebook page / Used with permission)

Years after her death, Scarlett continues to live in peoples’ heart and a Facebook page created and run by Karen Wellen. To this day, she’s featured and remembered for heroism and her motherly instinct.