The Bedouin People: A Desert-Dwelling Tribe That Has Preserved Its Age-Old Traditions for Many Centuries A Bedouin tribe along with their camels. (Boston Public Library / Flickr)

Long before the world moved towards modernization, humans lived in different small communities, where they shared the same culture, traditions and way of tribal living amongst themselves. As times changed, these tribals gradually adapted to change and followed the new ways of the world. However, one tribe that is believed to be as old as time and which did not give up its primaeval ways and still continues to lead an ancient life is the Bedouin tribe. Living in the deserts of Saudi Arabia and later spreading into Northern Africa and the Eastern Mediterranean Levant region, the Bedouins are known to have lived as per their olden traditions for over two millennia.

History of the Bedouins

The English word Bedouin comes from the Arabic words badiyat and badawi or bedu, which mean ‘desert’ and ‘people that live in the desert’ respectively. Experts are of the opinion that the term originated from the Arabic word baadiyah or bedaya, which in the English language roughly translates to ‘the beginning’. It is believed that the modern Arabs are descendants of the Bedouin tribe, who had been widely instrumental in spreading their culture in the Arabian regions.

Bedouins are considered to be the original Arabs, who make up the entire modern-day Middle East and some parts of south-western Europe. While most of the Bedouins also follow Christianity, a majority of the tribals practice Islamic traditions. The Bedouins are nomads that wander in the vast desert lands and primarily engage in cattle herding. Divided into three groups as per their customs, some Bedouins herd camels, some tribes raise sheep and goats, while others are herdsmen that practice farming and agriculture. 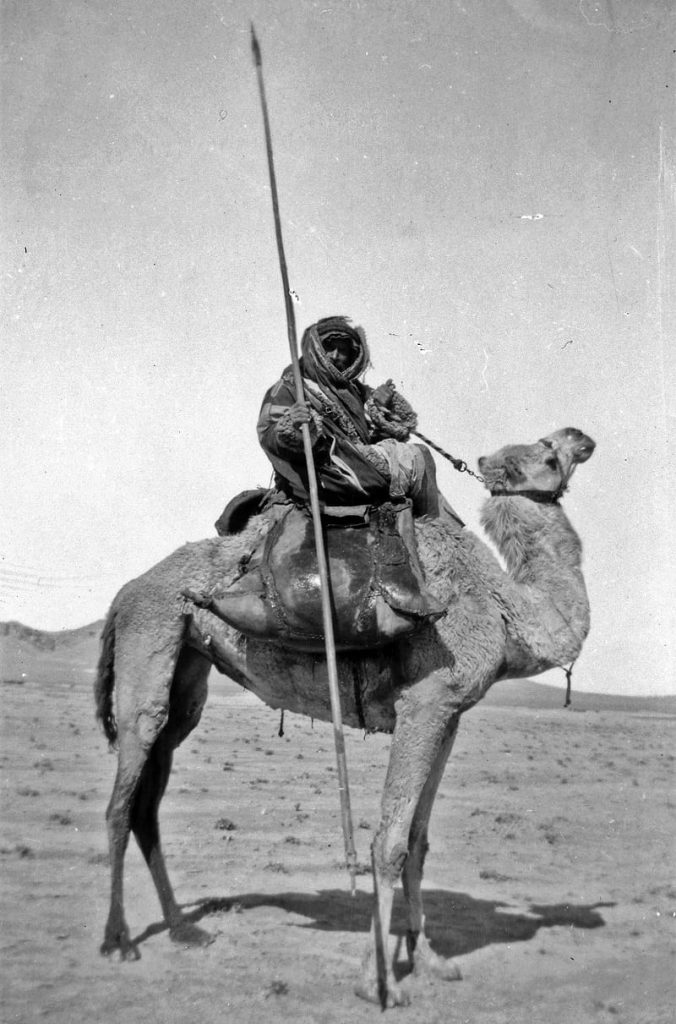 Considered to have been around since 850 BC, the Bedouins also find a mention in the Holy Quran as Araabs, or predecessors of the Arabs. Originally belonging to the Arabian Peninsula, where the tribe had settled for a very long time, the Bedouins are now mostly found in modern-day countries like Syria, Jordan, Yemen, Egypt, Lebanon, Oman, Palestine, Iran, Iraq, some parts of Turkey and Israel. These tribals started moving out from the dry wastelands for lack of food and water. During the months of winter, when the weather is cold, Bedouins move towards the deserts and then return to their cultivated lands during the summer months. As times are changing, more and more Bedouin youth are giving up their traditional nomad ways of living and moving towards cities for a better future and sustenance. However, these modern youngsters have been organizing and actively taking part in their cultural events on a regular basis during the year to keep in touch with their age-old customs and traditions. 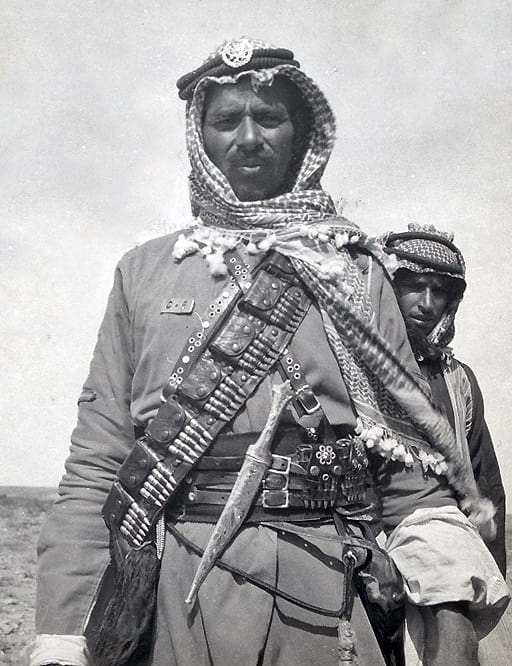 Basically, cattle-herding tribesmen, the people of the Bedouin ethnic group have maintained their rituals of engaging in poetry recitation, traditional music, tribal dance forms like the sword dance and tent-knitting customs. Camel races are organized on special occasions to celebrate a wedding or a festival. In the past, the Bedouins had zero interaction with people belonging to different tribes, except for fellow Bedouins from other clans, until recently when the tradition was done away with. Marriage within the same extended families is permissible in the tribe, with cousins marrying each other most often. The Bedouins follow a patriarchal and patrilineal pattern of family and practice polygamy. More than three or four generations live together as a single unit, where men engage in cattle herding, while women share homely duties. Until recently, meals were shared in a big, single-serving dish by the members of the extended family living under the same roof. 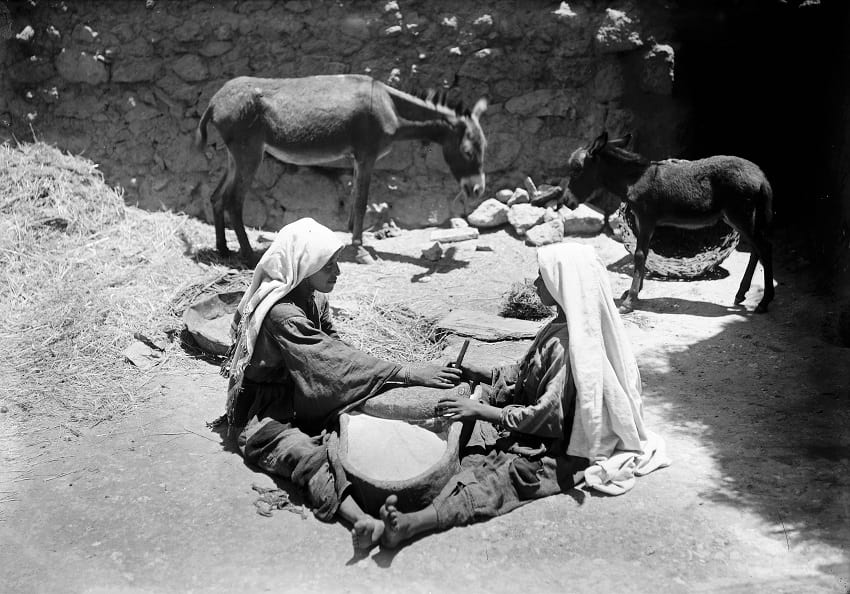 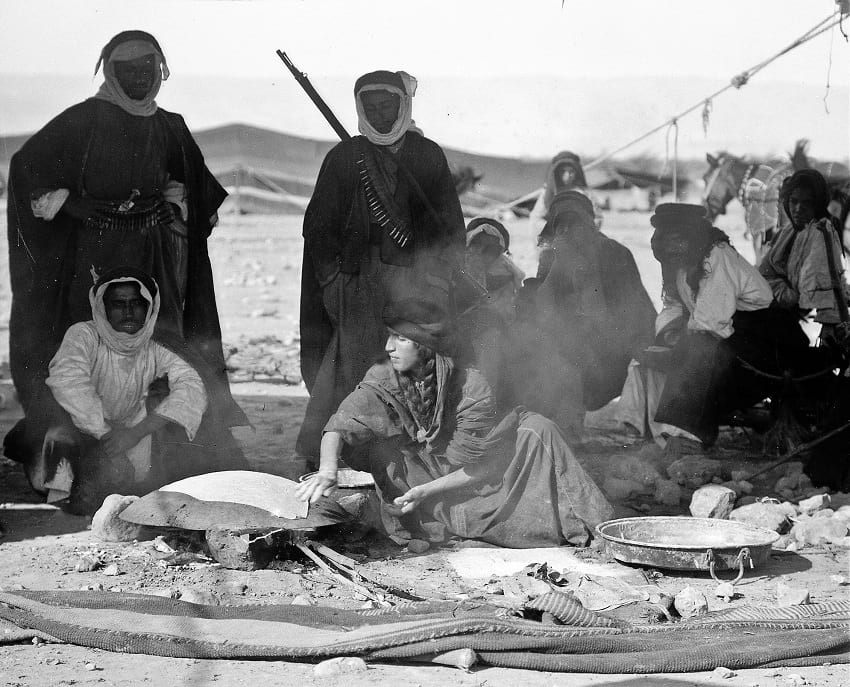 Due to the harsh desert life, Bedouin people have adapted themselves to life and are known for their generosity and hospitality that they extend towards others. No traveller that ever comes across a Bedouin tribe is sent away without being fed well. Each Bedouin clan or qaum is at the centre of the society, partaking in various social activities. A collection of several of the people from different qaums together make up a qabila or a tribe. Spread across different desert nations, the government of Jordan strongly acknowledges the fact that the unique identity of their country is because of the major contribution of traditional values of the Bedouins. Though the Jordanian government is doing everything to provide education, healthcare services and settlements to the tribals, the Bedouins prefer to live as nomads like their ancestors did over thousands of years.

Cultural ways of living of the Bedouin tribe

The dromedary camel (Arabian camel)  is the most revered animal of the Bedouins, for it can sustain for a very long period of time in the dry region without water, providing easy transportation to the tribals. It is also used for its meat, milk and hide, which is used in weaving the traditional Bedouin tent. Apart from the camel, goats also provide with hair for the large tent, which is known as bait-al-shaar or ‘house of hair’. The sheep provides wool for clothing and is also used as a means of food. 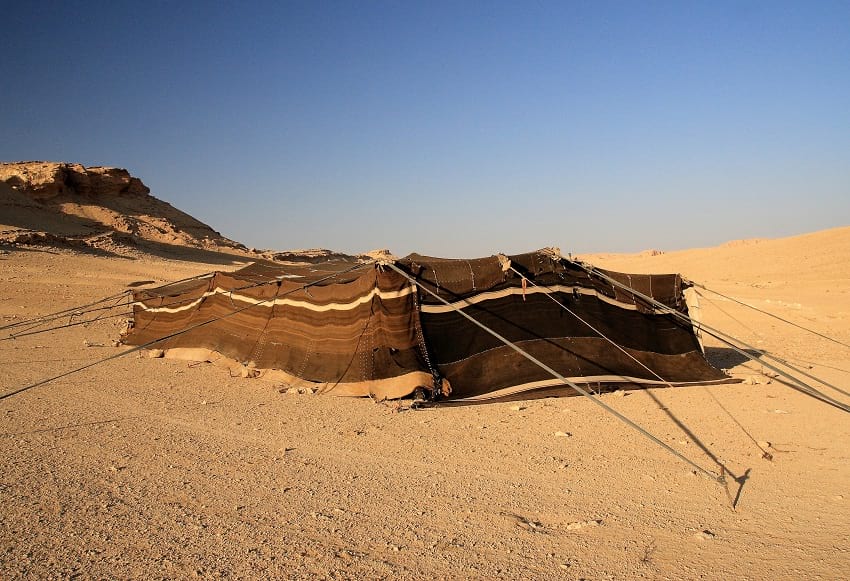 The men in the Bedouin tribe wear the traditional galabiya dress, which has now become an indispensable part of Arabic attire. Mostly white in colour, the galabiya is a loose-flowing, long garment, paired with the Arabic kuffiyah (cotton headscarf with an igal or black rope used to tie the scarf) to protect them from the scorching desert sun. The look is completed with a shalwar or baggy-crotched pants, a belt, an abaa or cloak and a furwah or jacket for the cold weather. The attire keeps the body well-aired in the heat. The galabiya that the women wear is mostly a blue or black coloured (though now a lot of other colours are incorporated) cotton gown, with wide and long sleeves, complete with embroidery and hand-crafted decorations all over it. Silk galabiyas are worn on special occasions. A Bedouin bride and groom in their traditional attire. (Missouri History Museum) 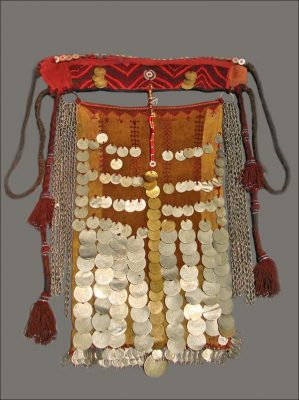 The women also cover their faces with the traditional yashmak or veil to protect themselves from the desert sand and extreme heat. These usually vibrant red and orange veils also have decorations in the form of multi-coloured beads, pendants, chains and coins. Married Bedouin women wear a heavily-embellished asaba or black-coloured headgear covering their faces to mark their marital status. Typically, a woman’s headcover would often specify which clan she belonged to and where she lived. In addition, the embroidery on the dress and its colour would also indicate whether the woman wearing it was unmarried, widowed, married, or looking for a partner. However, this custom of status distinction by identifying a woman’s dress is now slowly fading away. Bedouin women are also fond of jewellery, which are chunky silver pieces engraved with semi-precious gems like agate, turquoise, carnelian and coral to name a few. Necklaces, rings, nose pins and other pieces of jewellery are usually presented to a woman as her wedding gift. 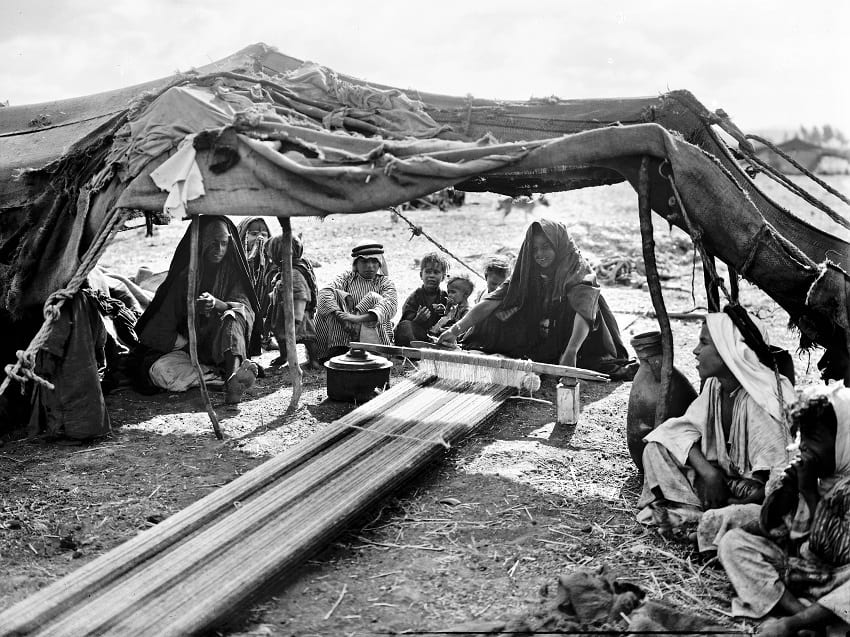 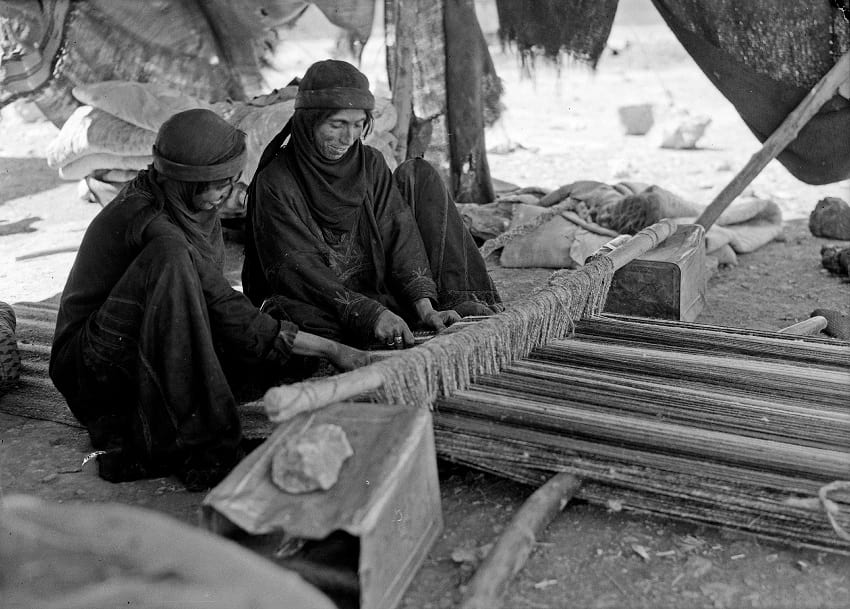 Traditions followed by the Bedouins

Bedouins also take part in poetry recitation or Al-Taghrooda, which is composed and performed by men. Usually riding on camelbacks, Bedouin men chant the generally seven-lined verses of the poem, which they believe, keeps the rider entertained. While travelling, the first verse is recited by the lead singer and another group of Bedouin travellers reply by chanting the verses that follow it. Al-Taghrooda is also performed at special occasions like weddings with improvisations and also while spending time at campfires, where Bedouin qabilas gather for social bonding. Nowadays, women folk also engage in composing and singing poetry while working together in groups. With poetry recitation, the singers convey messages of love towards their kin and oftentimes it also serves as a way to highlight social issues. The UNESCO has listed Al-Taghrooda as a living human heritage, which will serve as a legacy for future generations to come. 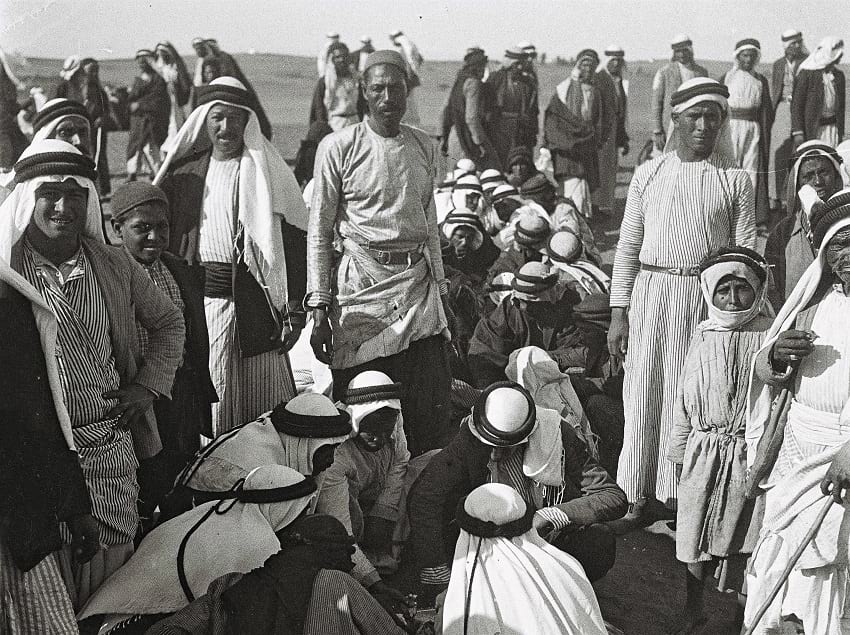 Male members of the family having a meal together at the wedding of two Bedouins. (Zoltan Kluger / National Photo Collection)

Long before Bedouins opted for a more sedentary lifestyle that is evident today, the ancient nomads believed in ghazw or raiding. These tribesmen would often loot other passing caravans, tribes and settlements while on the move in order to extort compensation for their protection. For a brief period, some Bedouin men also served as bodyguards and worked as mercenaries to make extra income, while at other times, they transported goods and people across the desert as a means of collecting profits.

As the younger generations of Bedouins are opting out of the traditional way of living, different governments of the Middle Eastern countries are doing their bit to modernize the tribe meeting with little success. Though most of the tribals are now also engaging in falconry and horse-breeding, others are raising doves during their leisure time in the hot and arid desert lands. Swinging between urbanization and tradition, change certainly isn’t inevitable for these desert-dwellers. 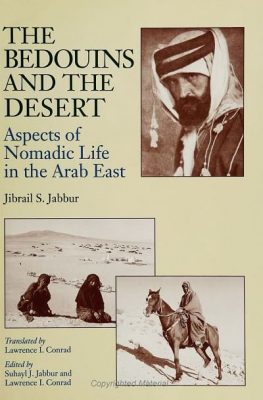 Previous Article
The Trans-Alaska Pipeline System – An Engineering Marvel of the 20th Century
Next Article
Reynisfjara: The Black Sand Beach that Looks Straight out of a Gothic Novel