The Trans-Alaska Pipeline System (TAPS) is one of the engineering marvels of the 20th century. It zigzags across 789 miles (1269.77 km) from the rich oil fields in Prudhoe Bay in Alaska to the ice-free port of Valdez. The pipeline makes for a spectacular sight across the ruggedly beautiful Alaskan landscape. It transports nearly 1.8 million barrels of oil every day. 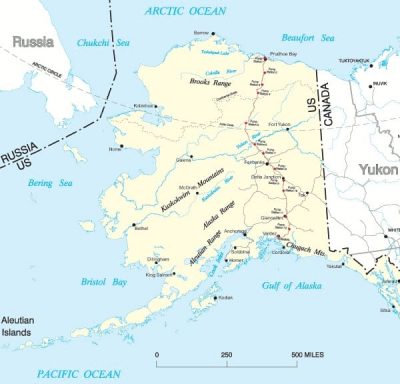 Built by the Alyeska Pipeline Service Company—a private consortium made up of four major oil companies—the Trans-Alaska Pipeline System is one of the largest oil pipeline systems in the world. It was built to facilitate the transport of oil from the oil fields in Prudhoe Bay. Oil was first discovered in this area in 1968, and it was the richest oil strike on the American continent. 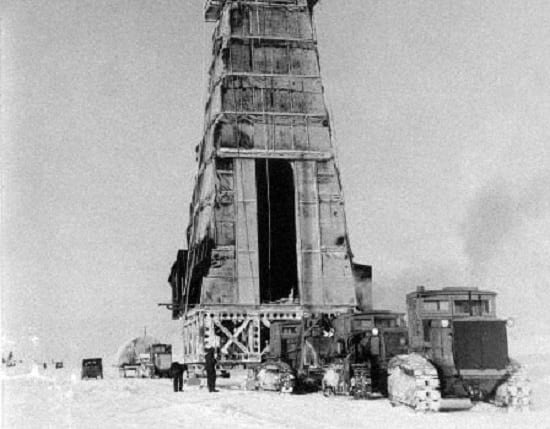 Before the construction of the Trans-Alaska Pipeline System could begin, it was necessary to build a haul road to transport supplies and other essentials to the construction camps. The workers began building the road in April 1974. The final road was 360-mile long and extra gravel was used in its construction to protect and insulate the permafrost. 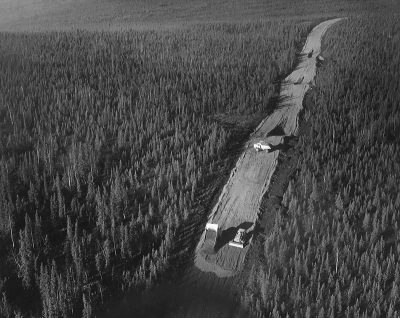 The construction of the Trans-Alaskan Pipeline began on 27 March 1975 with the laying of the first sections of the pipeline. Around 28,000 workers worked in 12-hour shifts for seven days a week to finish it in two years. They completed the work in July 1977. The cost of the project totalled $8 billion.

When building the pipeline, the workers fitted together 70,000 pipe sections. Many of these were buried underground, with an enclosing insulation padding of gravel, and completely covered with dirt. At road crossings, the buried pipeline had refrigeration to prevent the heat of the oil within from thawing the surroundings. Trans-Alaska Pipeline System emerging from the ground on the road between Fairbanks and Anchorage. (Frank Kovalchek / Flickr)

The workers had to set up supports to raise the pipeline above the ground to prevent it from heating the permafrost. In total, the pipeline has 78,000 supports that are 60 feet apart. The height of the supports allows herds of caribou, moose, and other animals to safely pass underneath the pipeline. In this manner, the pipeline does not cause too much environmental interference in the region. There are around 550 wildlife crossings. 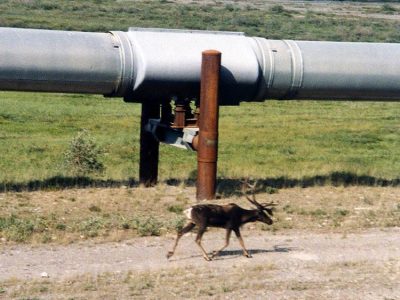 The pipeline traverses across three mountain ranges and 800 rivers, lakes, and streams. It also goes over the tundra and the Arctic forests. The Alyeska Pipeline Service Company built it in a zigzag pattern. That was done to ensure it remained flexible and could withstand the impact of an earthquake.

On 20 June 1977, the first oil was sent through the Trans-Alaska Pipeline System from Prudhoe Bay to Valdez. From the port here, the first tanker departed with the oil on 1 August 1977. 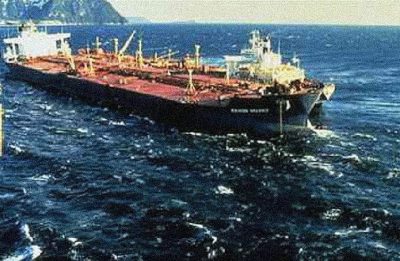 Around 11 years after the Trans-Alaska Pipeline System began its operations, there was a major ecological disaster in the region.

The port of Valdez is on a fjord on the east side of Prince William Sound. On 24 March 1989, an Exxon oil tanker ruptured its hull after a collision near the port. Due to this accident, 260,000 to 750,000 barrels of crude oil spilled over into the waters of Prince William Sound. Known as the Exxon-Valdez oil spill, it was the second-largest oil-spill that a U.S. company caused on the American continent. The first-largest oil-spill was the Deepwater Horizon oil spill in the Gulf of Mexico.

The spilled oil spread across the coastline, covering over 1300 miles of it, and affected around 11000 square miles of the ocean. Unfortunately, the clean-up efforts came too late, and the damage to the animal and birdlife in the area was incalculable.

Since this incident, oil tankers have double hulls to prevent any rupturing in the event of a collision.

The oil carrying pipe sections are 48 inches in length.

The pipeline transports nearly 1.8 million barrels of oil every day from Prudhoe Bay to Valdez.

Over 17 billion barrels of oil have flowed through the Trans-Alaska Pipeline System since it began operations in 1977.

Around 800 people work for the Alyeska Pipeline Service Company, and the company also employs several hundred contractors. A large percentage of the workforce are Alaskan residents.

A barrel of oil can take up to two weeks to travel from Prudhoe Bay to Valdez.

The oil pumped through the Trans-Alaska Pipeline System is stored in 14 above-ground crude oil storage tanks at the Valdez Marine Terminal. Every week, three to five tankers load up with oil and depart from Valdez. Since 1977, over 22,000 oil tankers have departed from the port.

The Trans-Alaska Pipeline System is the most photographed oil pipeline in the world. 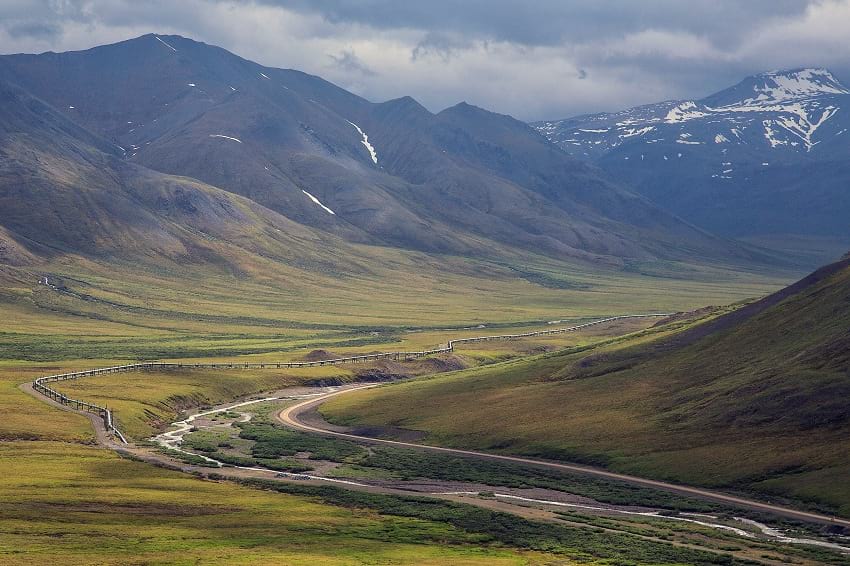 The Trans-Alaska Pipeline against a beautiful landscape. (Bureau of Land Management / Flickr)

Of all the domestic oil production in the USA, the Trans-Alaska Pipeline System accounts for around 15%.

Enjoyed this article? Also, check out “The Sewers of Paris: The Massive Underground Sewers That Keep Paris Clean“. 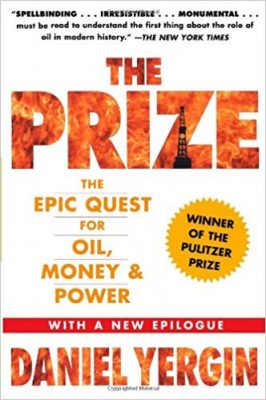 Previous Article
Euphrates River: A Dying River that Birthed One of the Oldest Civilisations
Next Article
The Bedouin People: A Desert-Dwelling Tribe That Has Preserved Its Age-Old Traditions for Many Centuries