Deepwater Horizon Oil Spill: The flare Up of the Depleting Fossil Fuel 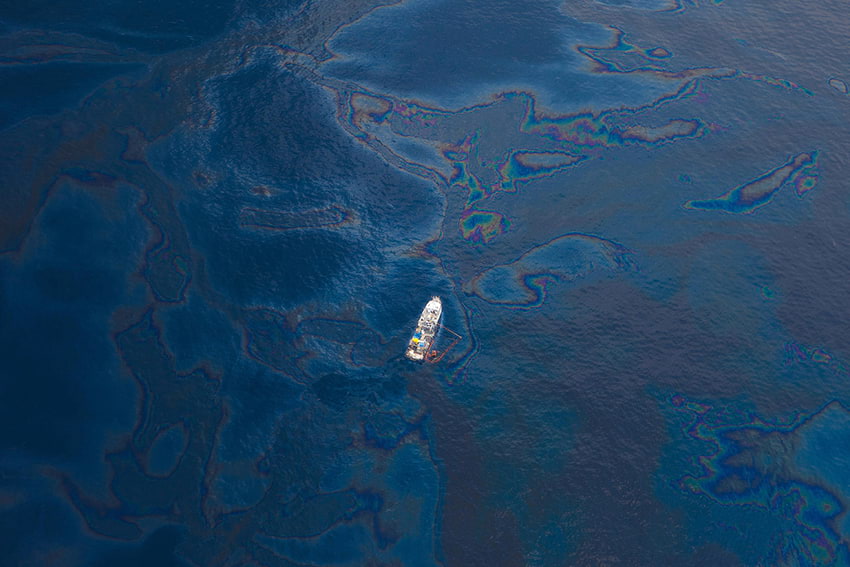 Man has used natural gas since 500 B.C, coal as a source of energy since 1000 B.C. and petroleum (crude oil) is being used since 1860. In the pool of energy provided by these fossil fuels, coal’s share, over the past hundred years, has reduced from 96% to 30%. Today, crude oil contributes 39%, coal 33% and natural gas 28% to this pool. Extensive and intensive digging of oil wells in the sea bed (offshore), apart from open land (on-shore), has led to this pattern of power available to mankind. But drilling of oil offshore has the potential to threaten the environment. Deepwater Horizon Oil Spill, the industrial disaster that struck in the Gulf of Mexico, on 20th April, 2010, bears this out.

Deepwater Horizon was an oil drilling outfit located in Mississippi Canyon, an undersea canyon in the Gulf of Mexico. It was owned by the British Petroleum (BP) and given on lease to a company named Transocean. The oil well lay 4,993 feet (1,522 metres) below the drilling rig. The well ran 18,000 feet deep into the sea bed, to tap on the crude oil stored therein. The oil pool down there was sealed with concrete to be tapped later on, as per need. The seal was imperfect, hence the natural gas sneaked through it, and escaped on to the rig platform, exploding into a fireball. 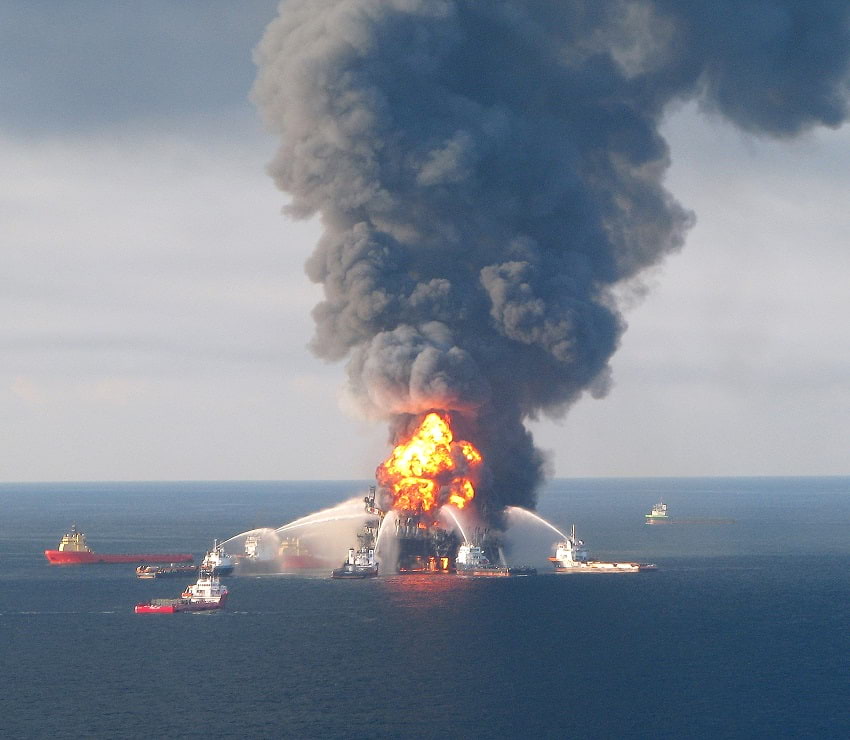 The inferno killed 11 workers and injured 17. The fire couldn’t be controlled and by the morning of 22nd, the rig was completely destroyed. The pipeline connected to the well broke away and the fossil fuel broke loose into the seawater. It is believed that more than 60,000 barrels of crude oil flowed out every single day.

The Blowout Preventer (BOP), a specialized valve which was supposed to close the way of crude oil, malfunctioned. Reason being that the pressure of rising oil and gases had bent the conducting pipe. Because of the bend, the blades (blind shear rams) failed to block the pipe, and blow out continued in a big way. An attempt was made to stop the leakage by placing a containment dome over the breached part. But the natural gas reacted with cold water to make gas hydrates – the buoyant molecules which usurped the containment efforts. Efforts to kill the well by injecting heavy mud into the blowout preventer also failed.

Finally, in the month of June, BP took recourse to an apparatus called LMRP (Lower Marine Riser Package) cap. The cap was lowered on top of the Blow out preventer (BOP). Though it was a loose fit, and some fuel continued to escape into the environment, approximately 15,000 barrels of oil could be salvaged into a tanker. Some ancillary measures were also put in place and the total collection was raised to about 25,000 barrels per day.

Plug on leakage was systematically reinforced and perfected

In the following month of July, the LMRP was replaced with a more enduring ‘capping stack’ and the oil leakage stops on July 15, 2010 (after almost 97 days). It was estimated by scientist that 4,900,000 barrels of crude oil had already seeped into the marine surroundings, even as 800,000 barrels was safely collected. 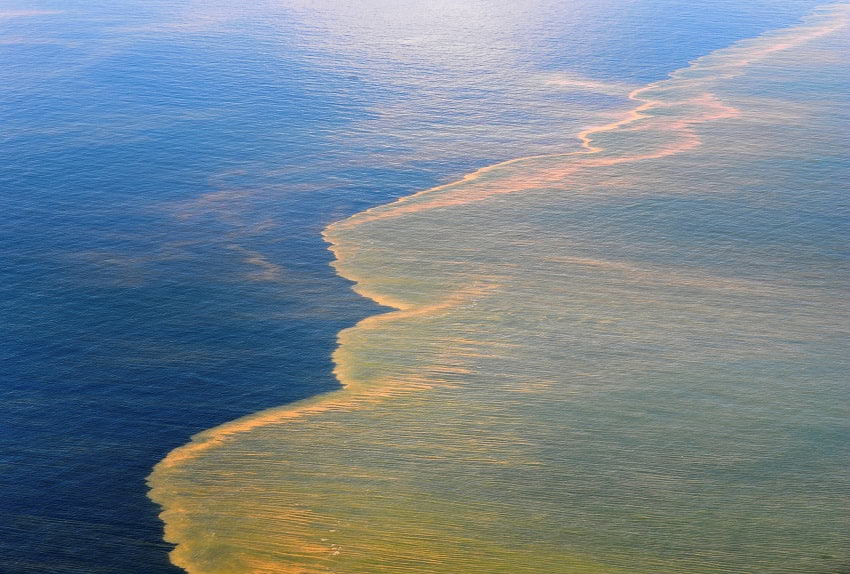 In an exercise called static kill, drilling mud was forced into the well through the BOP. The procedure worked because the mud was injected at a much lower pressure compared to the previous.

Come September, full and final sealing of the well, ‘bottom kill’ was carried out. This was done by creating two relief wells (one as a backup unit), which began in the month of May. It ran parallel to the oil well and intersected it at a point. The ‘bottom kill’ was accomplished by injecting cement in the first relief well. A series of safety tests were carried out for 2 days and the oil well was declared killed on September 19, 2010.

The gigantic amount of oil that flowed into the sea called for a massive clean-up exercise. This was done by pumping 1.8 million gallons of ‘oil dispersants’ into the open water. These chemicals emulsified the oil, making it biodegradable. Dispersants were also generously sprayed over the oil slick floating in the sea. Efforts were also made to siphon it out of the water bodies. But the clean-up was hard on the beaches of Florida, Alabama and Mississippi where the pollutant made an inseparable mesh with marine vegetation. The exercise, headed by the U.S. Coast Guard, continued up to 2014. Billions of dollars spent in clean up were debited to British Petroleum, Transocean other associated companies. 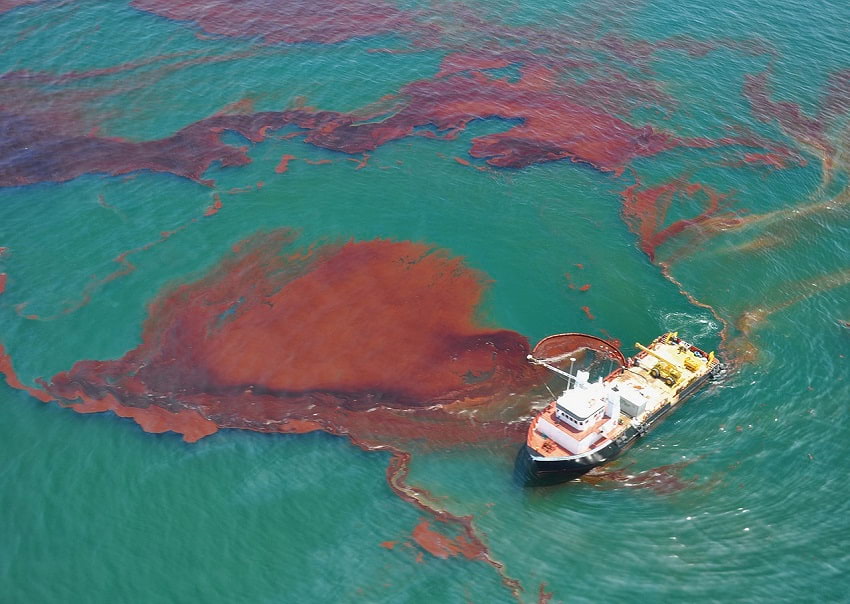 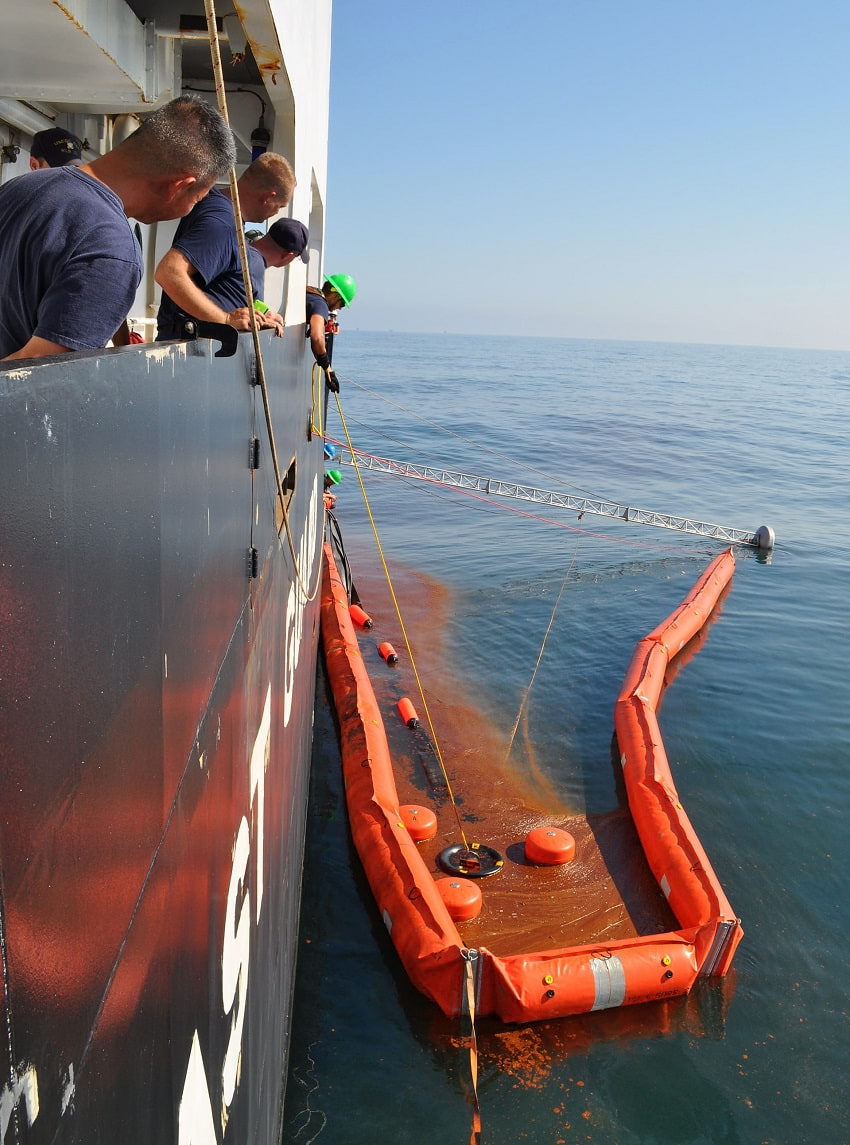 The Gulf Coast states were naturally hit by the disaster. Large swathes of seawater were rendered unfit for fishing, and many industries were hit. The U.S President, Barack Obama, declared a moratorium on offshore drilling. Though the moratorium was reversed by a district court, close to 12,000 workers were temporarily thrown out of job. Tourism in the area fell sharply. British Petroleum created a corpus of $20 billion and distributed the amount to the victims of the tragedy.

Normalcy was restored in the troubled areas

The wide-ranging control measures finally paid off. By July, fishing was allowed in restricted waters, and by October, most affected areas were declared safe. Moratorium on drilling was lifted pre-time, in mid-October. Though the residual crude oil prevailed in the environment, the fall out was generally controlled.

Law of the land followed its due course

Then followed a protracted course of legal action against the British petroleum. The United States Environmental Protection Agency imposed a ban on BP in 2010 from new government contracts quoting “lack of business integrity”. The bar though was lifted in March 2014. The Transocean paid $1 billion as fine for the breach of Clean Water Act. Civil trial for the case continued till October 2015, when a final settlement of $20.8 billion was announced. This was biggest penalty ever, imposed on a single company by the U.S government.

The environmental pollution caused by the disaster was more worrisome compared to financial losses. The leaked oil, layered around the body of sea turtles, mammals and birds. Sickness, death and loss of fertility were recorded in whales and dolphins. Feeding on oil proved fatal for birds and bathing in polluted water trashed their thermoregulatory mechanism. A turtle covered in tar is being rescued. (Louisiana GOHSEP / Flickr) 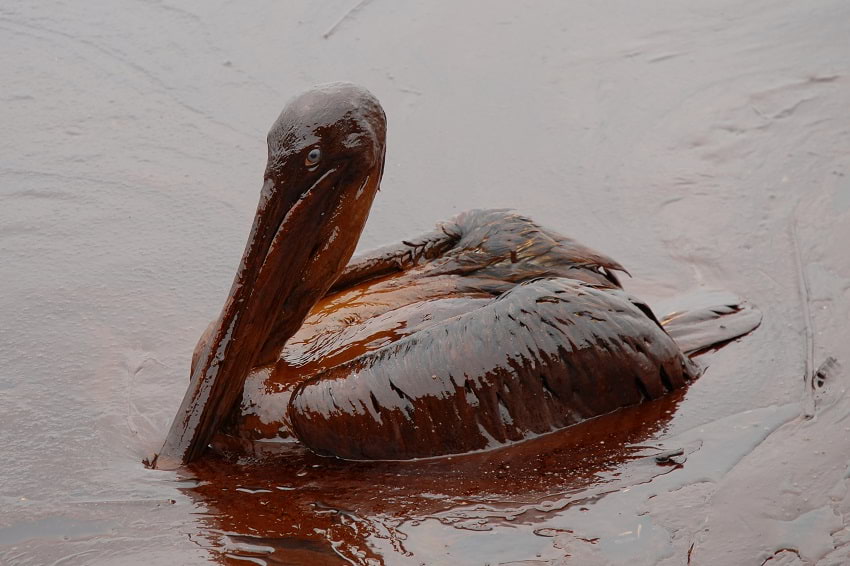 30% of the laughing gulls and 12% of the brown pelicans perished in the pollution. A study conducted in 2014 revealed that some 600,000 – 800,000 birds died of the oil toxicity. Animals salvaged from danger zones were medically treated and rehabilitated at different locations.

A satellite tracking study revealed that the oil contamination killed 65,000 turtles in 2010, and 300,000 affected turtles may have migrated to safe regions. Another study in 2014 pointed out that polycyclic aromatic hydrocarbons (PAHs) from the spilled oil led to heart defects in the larvae of many fish species of commercial importance. That apart, flora and fauna from the seaside and the food chain in the area were disturbed irreparably.

The fossil fuel store of the earth, the non-renewable energy source, may not deplete any time soon. Yet, in 50 or 100 years, it may be sufficiently exhausted to make drilling of oil impossible or financially untenable. Till then the management of oil wells, especially the offshore ones, calls for especial vigil to avoid such disasters in future. This, alongside the encouragement to non-conventional and renewable sources of energy, will ensure that the world continues to get its required supply of energy, in the times to come.

Previous Article
Project Loon: A Series of Hot-Air Balloons in the Stratosphere That Bring Connectivity to the Remotest Places
Next Article
Old Man of the Lake: The ‘Stumping’ Story of a Century-Old Log, Bobbing Inexplicably in Oregon’s Crater Lake