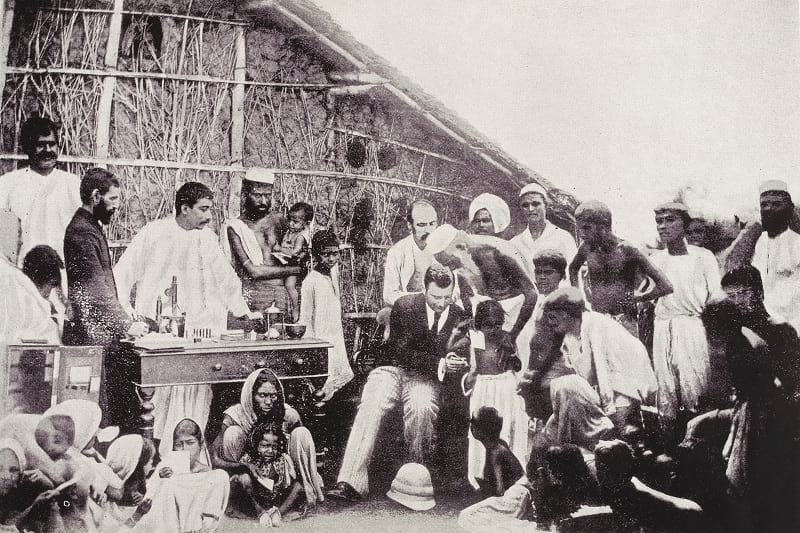 Anti-cholera vaccination being carried out by Waldemar Mordecai Wolffe Haffkine (1860-1930), Bacteriologist with the Government of India. (Wellcome Library)

I came away from the library, but not without a deeply realized truth—everyone in this family had a distinct task to keep them occupied. My mother, Madhu, Labanya, even little Punya; everyone, in short, except me. Therefore, I would have to step outside the house in search of work. And so, I did.

The educational institution where I had studied medicine had acquired a new name—Carmichael Medical College. By virtue of my status as a doctor with experience in the war, I found it easy to secure a job teaching students and looking after patients. I became busy, going to the hospital every morning and returning in the evening.

The college library was full of books and research papers. In the hours between teaching and examining patients, I would go to the library and read the sanitary commissioner’s reports. Attending to patients and perusing these reports clarified the picture as far as the health of the city’s inhabitants was concerned. Even after all these years, I do not find it cumbersome to recount the details from my memory.

The birth rate in the city was far lower than in the suburbs. Three reasons—males far outnumbered females in the city; there was a much larger number of temporary residents; among migrants, when women became pregnant, they were sent home for childbirth. Most births took place in the seven months between October and April, and, among these, the largest number in January. The five months between May and September had the least births, with June having the lowest numbers.

At every stage from childhood to old age, male deaths were higher than female. This was the conclusion from a study of the records of deaths over the past ten years. January, October, November, and December were the unhealthiest of months; February was the healthiest—such, at least, was the opinion of the sanitary commissioner.

One more observation, my own—just as the suburbs saw many more cases of fever than the city, there was a much higher incidence of cholera, diarrhoea, and dysentery in the city.

One evening I returned home to find my mother in bed.

‘At this hour?’ I was downcast.

‘What is the matter?’

‘Nothing very much,’ my mother said. ‘My throat hurts, I have a body ache too… Labanya was taking care of me, I forced her to go and rest…’

My mother was not one to take to her bed because of aches and pains. Her forehead was hot to the touch. On checking, she turned out to have a fever of a hundred-and-four degrees.

‘The fever is quite high. When did you get it?’

‘This afternoon…nothing to worry about, it always happens when the seasons change.’ Her eyes danced mischievously. ‘I was in need of some love…your father will not worry unless I take to my bed…’

I may have nodded with a smile, but there was no joy in seeing her languishing in bed. I had never known our Amodini debi to feel so sickly only because of a change of season. She was lying there, with one of the two electric lights in the room switched on. Her favourite retainer, whom I addressed as Nirmala mashi, was fanning her. Giving instructions for a cold compress, I went out to the veranda and sat down. The darkness had deepened; there was a carnival of stars in the sky. A full moon was bathing Ayutantric Bhaban generously with its beams. It was a most agreeable sight. Had the circumstances been different, I would have savoured this largesse of nature in solitude, but today I was not prepared for it.

Madhumadhabi, who had gone out to examine patients, returned home, as did my father. Both of them concluded that my mother’s affliction was nothing but a fever caused by a change of season. I was relieved to some extent.

The next morning, when I went into my mother’s room, I received a shock on seeing her. All her natural lustre was gone, sucked away by an ogress from a fairy tale. Her eyes were bloodshot. How had her condition deteriorated to such an extent? I examined her with care, using a stethoscope to gauge her breathing; it did not seem normal. I felt I could hear a rattle in her lungs.

My father came in soon afterwards to find out how my mother was. She had passed stools twice in the meantime. Standing by her bed, he frowned and looked at me.

‘It appears to be cholera…what is your opinion?’

I offered him the stethoscope without answering. ‘I hear a sound in the lungs, do you hear it?’

With another look in my direction he engaged himself in examining my mother’s breathing with great concentration. Then he said, ‘Hmm…on the one hand there are signs of cholera…and of bubonic plague on the other…she appears to have contracted both diseases…the lungs sound like a patient of pneumonia…’

Madhumadhabi entered the room. Throwing a glance at her, my father turned towards me. ‘What is your diagnosis?’ His eyes were boring into mine.

All at once it occurred to me what a strange comedy this was; the renowned doctor, Dwarikanath Ghoshal, was seeking my opinion.

I looked at him steadily. ‘This is neither cholera nor plague… this is Spanish flu…’

Lightning struck the room. My father gazed calmly upon my mother before leaving the room. When he returned shortly, it was obvious he was shaken to the core; the colours of life were fading before his very eyes. Even today I have not forgotten what he told me. The legendary medical luminary, Dr Dwarikanath Ghoshal, said, ‘You are probably right…no, no, you are right…go ahead, my son…’ He looked intensely at my mother for some time, a silent gaze that appeared to connect their hearts to each other. A smile of satisfaction appeared on my mother’s lips. My father’s eyes regained their usual meditative look; he left the room yet again. 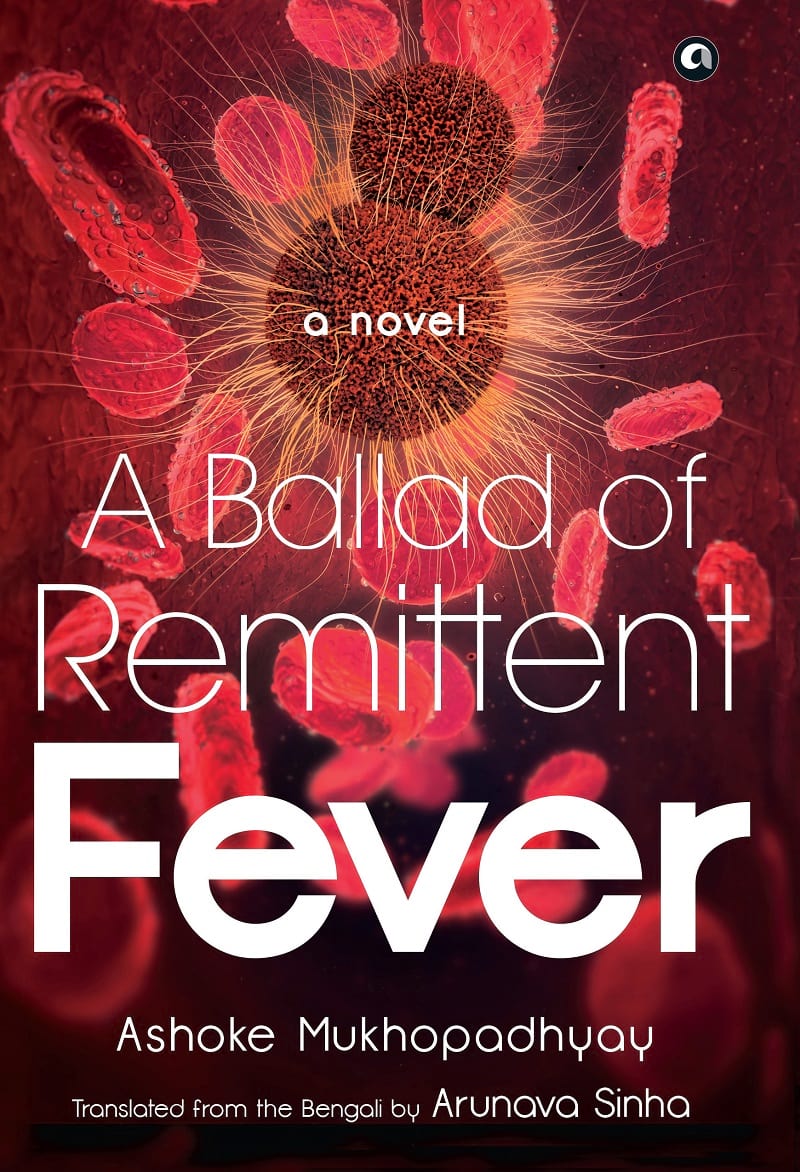 Excerpted with permission from A Ballad Of Remittent Fever, Ashoke Mukhopadhyay, translated from the Bengali by Arunava Sinha, Aleph Book Company.