Great Stink of 1858: When London Crumbled Under an Obsolete Sewage System 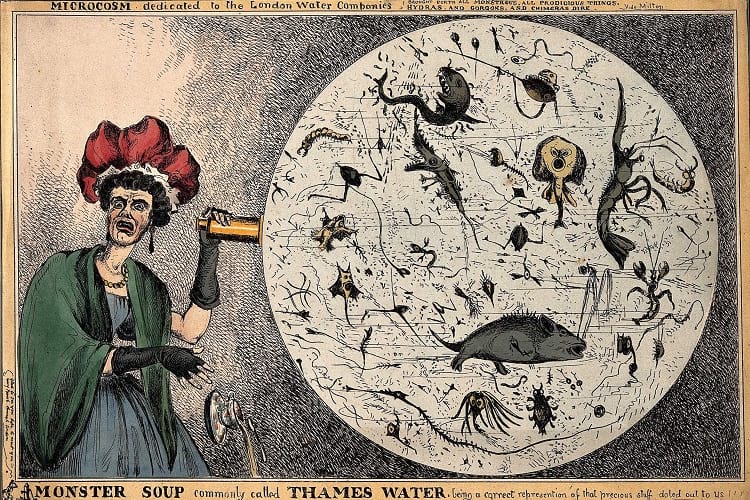 Print of horrified woman after discovering microbes in her tea made from river Thames. (William Heath / Wellcome Collection)

London came to a complete halt in the summer of 1858 due to the infamous Great Stink. As surprising as it may sound, the city of London once suffered from the problem of an inefficient sewer system.

London boasted of brick sewers that had existed since the dawn of the 17th century. The 18th century saw the evolution of the sewage system in London when over 100 sewers were constructed.

The city had approximately 2,00,000 underground sealed tanks for a temporary collection of sewage and 360 sewers. It wasn’t until the early 19th century that the city’s water supply underwent repairs. By 1858, the age-old in-use wooden water pipes started getting replaced with iron pipes.

By this time, urbanisation had set in with the rich adapting to a flush toilet. The population of the city was on a rise, increasing to 3 million from a little below 1 million. The result was the increase of flushed water and effluent into the sewers.

As London grew in strength, so did the amount of human, animal and industrial waste. All the sewage was drained or overflowed into the river Thames. In the 17th century, it was realised that the primary water source of the city was getting polluted. Due to the lack of an understanding to mend the state of affairs, the river continued to stew in waste.

Meanwhile, in the 19th century, there was a pandemic of deadly Cholera in Europe. Cholera, an infectious disease was on the rise and in 1831; London had its first fatal Cholera epidemic with 6,536 victims.

The second outbreak in 1848-49 claimed 14,137 victims. During this outbreak, London physician, John Snow, studied those areas, where drinking water was supplied from the Thames. Based on his extensive study and concentrated reports on his research on cholera, Snow published a book, ‘On the Mode of Communication of Cholera‘ in 1849 in London. The book hypothesized the theory that cholera was a water-borne disease, contrary to the belief that it resulted from the foul air emitted from the Thames. 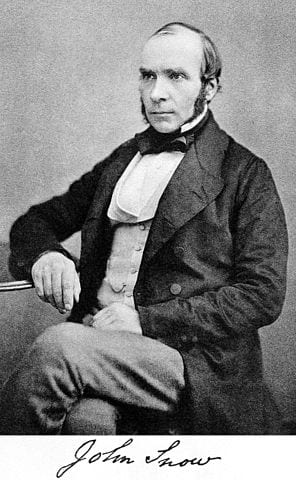 August 31st, 1854, saw a severe outbreak of cholera in the Soho District of the City of Westminster in London concurrent with the eruption of the disease everywhere. The next 3 days saw the death of 127 people in the Broad Street area of Soho District. 500 people were dead by September 10.

John Snow narrowed down on a public water pump on Broad Street and could convince the authorities of the St. James parish to disable the well pump for use by the public. The handle of the pump was removed to prevent the usage and the mortality rate came down soon after.

Much later, it was discovered that the water of the well had been contaminated by a leaking sewer nearby. Snow published the second edition to his previous publication in 1885, with detailed study and proof of the effect of contaminated water. Snow’s research that impure water contributed to the rapid spread of cholera helped to understand epidemics and their prevention. Today, he is considered “Father of modern epidemiology”.

Surmounting the after effects

Pathologist John Simon was the appointed Medical Officer of Health for London in 1848. Fearing the spread of cholera through foul sewage air, Simon had instructed for the sewers to be flushed on a regular basis. Unaware of the actual problem, this only led to further contamination of the Thames. 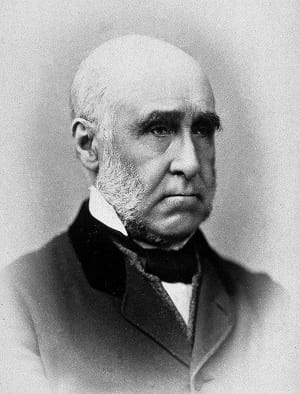 Meanwhile, in August 1849, civil engineer Joseph William Bazalgette was appointed as the assistant surveyor in the Metropolitan Commission of Sewers. Along with the Chief Engineer Frank Foster, Bazalgette started to design an effective plan for the city’s sewage system.

Following Foster’s death in 1852, Bazalgette was promoted to his position. He continued to modify his plans based on rejections and suggestions of Sir Benjamin Hall, the First Commissioner of Works and Public Buildings.

In July 1855, the deplorable condition of the Thames compelled eminent scientist Michael Faraday to write to the British daily, The Times, stating, “Near the bridges, the feculence rolled up in clouds so dense that they were visible at the surface..” and that the nauseating smell from the river was the same that emanated from the sewers in the city. According to Faraday, the Thames had turned into a big sewer.

In December 1856, Hall discussed Bazalgette’s plans with a group of consultant engineers who proposed changes that increased the cost of implementation by more than £3 million. In 1857, the stench from the river was so appalling that the government arranged for chalk lime, chloride of lime and carbolic acid to be poured into the waterways to mitigate the disgusting odour.

February 1858 saw a change of government and the coming months only led to further deterioration of the Thames. Charles Dickens, in his novel ‘Little Dorrit’ which was published in serial form between 1855 and 1857, described that the Thames as, “a deadly sewer … in the place of a fine, fresh river“. 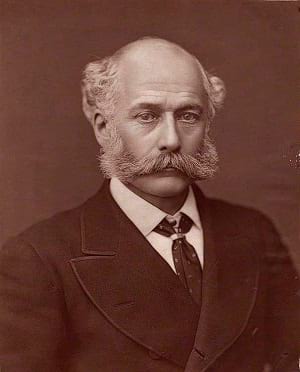 By June 1858, London summer reported a rise in temperature to 48°C. The dry hot weather resulted in receding water levels of the Thames, leaving the sewage on the banks to rot in the heat. The media started calling this “The Great Stink“. The magazine, The Illustrated London News talked about how Great Britain could build colonies, conquering nations etc but was incapable of cleaning the river Thames.

The stench from the river disrupted the functioning of the Parliament. The curtains were being treated with lime chloride to overpower the smell from the Thames. In peak summer, nearly 200 to 250 tonnes of lime were poured into sewers to get rid of the smell, but to no avail.

On June 15, a bill was proposed in the Parliament to clean the Thames. The terms of the bill drawn turned out to be in favour of Bazalgette’s original plans, overruling Hall’s objections. The bill, debated in late July, became a law on August 2. Bazalgette’s plan to construct a network of underground main sewers 82 miles long and a network of street sewers 1100 miles long; was finally underway.

Bazalgette constructed a modern sewer system that to date operates in the city of London with a growing population of over 8 million. He ensured that effluent was not dumped into the Thames, bringing an end to the outbreak of cholera.

English novelist Peter Ackroyd in his books on London and The Great Sink talks about Bazalgette’s contribution to a beautiful, glorious modern day London. He goes on to say that Bazalgette should be considered a hero in a league of his own for his efforts, particularly for constructing the Victoria and Albert Embankment on the north and south of the Thames, respectively.

When Joseph William Bazalgette passed away in March 1891, his obituary in The Illustrated London News said that Bazalgette’s “two great titles to fame are that he beautified London and drained it“.

Civil Engineer Sir John Coode, president of Institution of Civil Engineers at that time, said that Bazalgette’s work “will ever remain as monuments to his skill and professional ability“. The Sir Joseph Bazalgette Memorial, a monument in his memory, was opened on the Victoria Embankment in 1901. 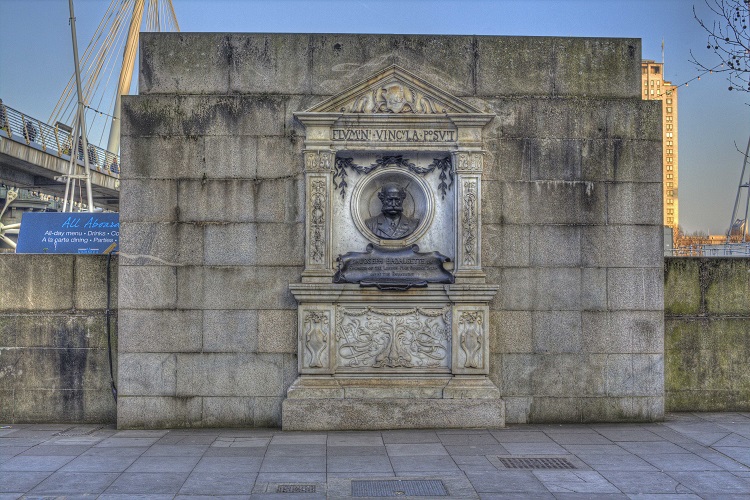 Recommended Read:
The Great Stink of London | By Stephen Halliday