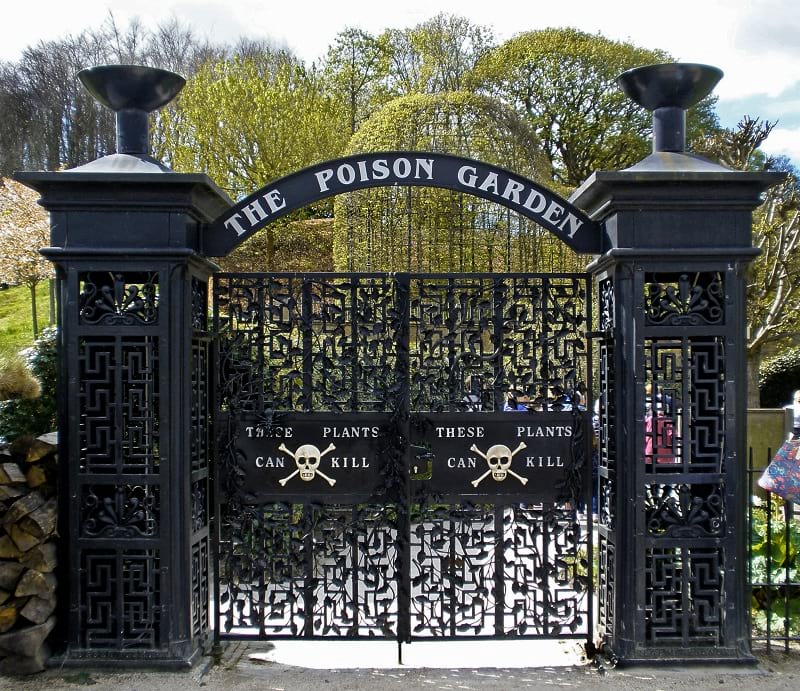 The gate of The Poison Garden. (Amanda Slater/Flickr)

One might know the Alnwick Castle for the Harry Potter fame—was used as a location for the famous Hogwarts school in the first two movies. But that’s not the only interesting titbit of the castle in North England, adjacent to it is the Alnwick Garden. It is over 12 acres of land and attracts around 600,000 visitors annually. While in most of the gardens, visitors may be allowed to pluck flowers, here they are prohibited from tasting, touching or even smelling any plant or flower. One might wonder why? The reason lies beyond the iron gates; these gates lead to the Poison Garden, that houses around 100 intoxicating and narcotic plants. Although it is situated in the Alnwick Garden, Poison Garden is open for guided tours only.

The foundation and transformation of the Alnwick Garden The cascade at the centre of The Alnwick Garden. (TSP/Wikimedia Commons)

The foundation for Alnwick garden was laid back in 1750 by the first Duke of Northumberland and was later developed by his successors until it was closed in 1950 due to the shabby mess it had grown to be. And it remained in those desperate conditions until the 12th Duke and Duchess of Northumberland moved into the castle and the Duchess, Jane Percy, took it upon herself to revamp and redevelop the Alnwick Garden in 1997. She hired Belgian landscape artists Jacques and Peter Wirtz to redo the garden. The garden went under direly needed transformation for four years and was opened to the public in 2001. The transformation took place in phases, and the Poison Garden was completed only in 2005.

Read more: Meet the World’s Most Toxic and Dangerous Tree The Poison Garden has around 100 toxic, intoxicating, and narcotic plants. (Graeme/Flickr) 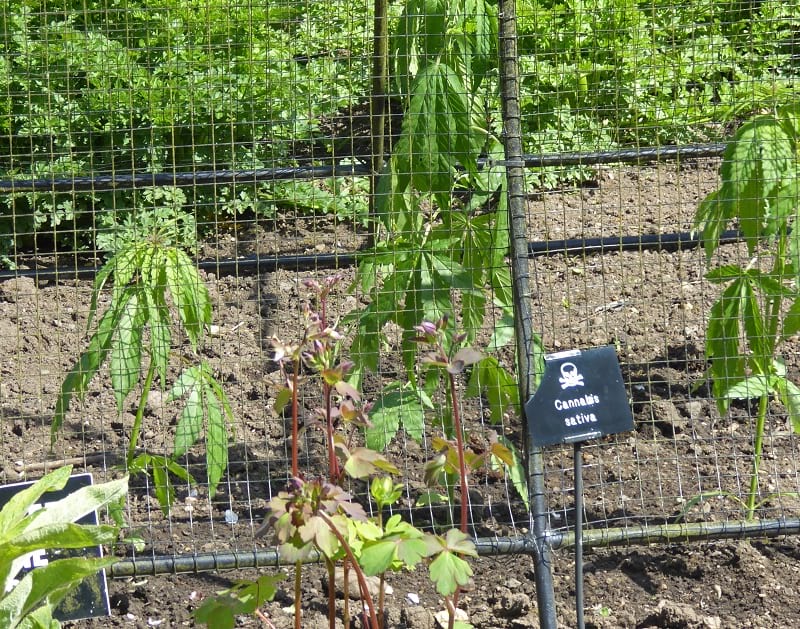 The idea for the Poison Garden was inspired from the Duchess’ trip to the infamous Medici Poison Garden in Florence, Italy. And it was further cemented by her visit to the largest hospital in medieval Scotland wherein soporific sponges soaked in opium, hemlock and other plant herbs were used to anaesthetize amputees during 15th century surgeries. This reinforced the idea of a Poison Garden with a mission to attract children and to educate them on drug usage.

Plant varieties in the Poison Garden

The Poison Garden has over a hundred different varieties of toxic plants that have been collected from all over the world and replanted there. Strychnos Nux-vomica, a plant native to India, found its place in the garden. Strychnos is a source of alkaloid pesticide strychnine which results in muscular convulsion and even death. The pesticide is present in its bark, seeds and fruits.

Another plant that is exhibited in the garden is the Hemlock plant—Conium Maculatum. It contains coniine and other toxic alkaloids—found in seeds, roots and leaves, and may lead to death on inhalation of the contents. It was the contents of this plant that were used to make a poisonous beverage to kill Socrates.

Other varieties include Ricinus Communis, Foxglove, Atropa Belladonna, Brugmansia, Laburnum, etc. All these plants and trees, upon inhalation, result in intoxication-the least side effect, and visitors often faint while walking around the garden as they inhale the toxic fumes. 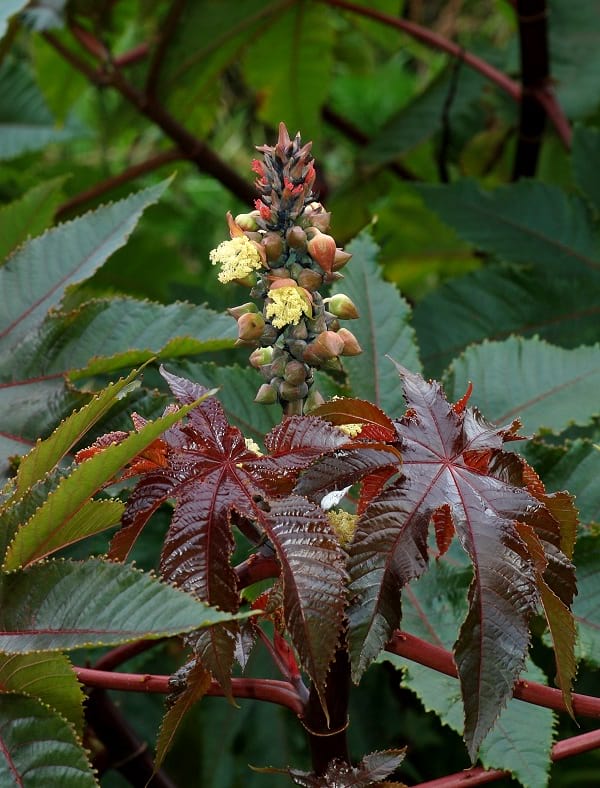 Some of these cause delirium and hallucinations. The seemingly non-toxic of this bunch is the Laburnum, it is also known as a golden chain or golden rain because of the hanging yellow flowers that grow on this tree. 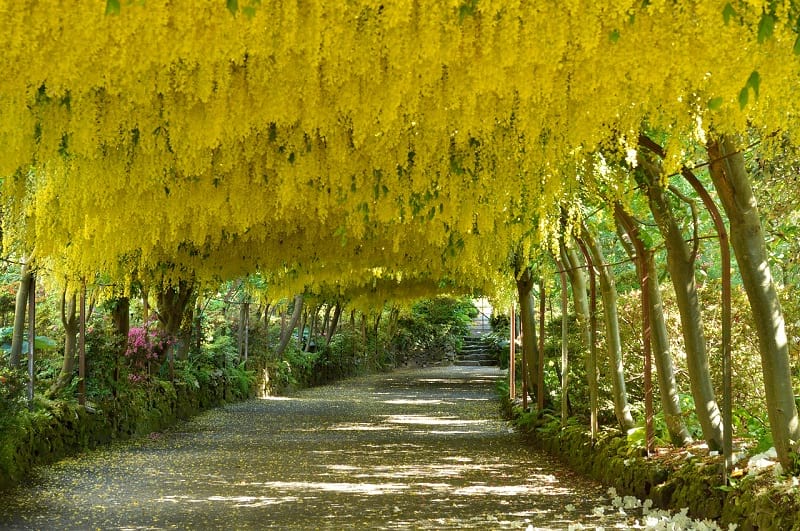 It is predominantly seen in Europe and was grown as a common garden tree until children started falling sick by inhaling the toxic fumes from it. All parts of the tree are toxic and result in nausea, headache, vomiting, convulsions and even death through paralysis.

The Poison Garden, as infamous as it is, is a fascinating exhibit to look at and walkthrough, albeit cautiously. All the grandeur of the Alnwick Castle aside, this garden garners curiosity and interest like nothing else does.