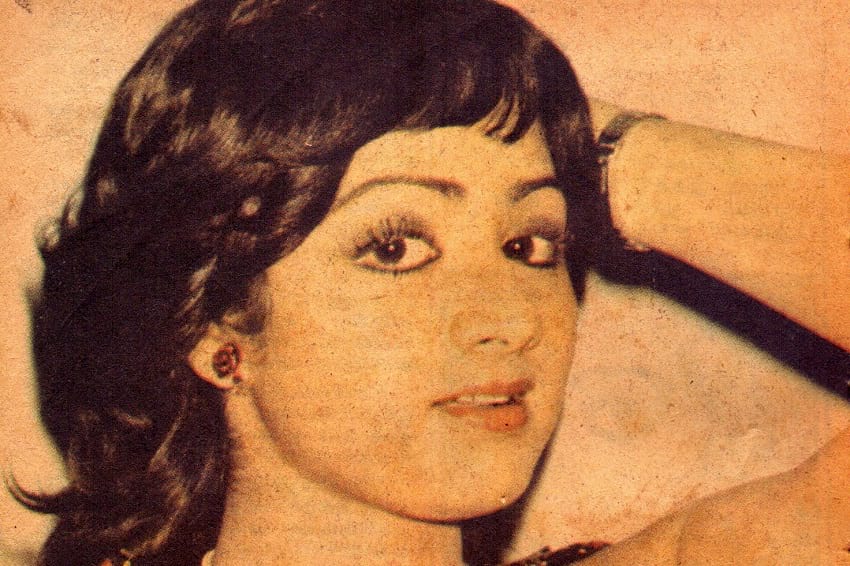 In his newly released biography of Sridevi—one of the most successful film actresses of the Indian film industry— writer Satyarth Nayak recounts her rise to superstardom in regional film industry along with the Hindi cinema from the 1980s.

Nayak traces Sridevi’s life back to the 1980s and her entry into the film industry with a splendid grandeur. She showed off her comedic talent in I. V. Sasi’s Guru (1980) and her flair for drama in Balachander’s Varumayin Niram Sivappu (1980), acting in both films with Kamal Hasan. She also acted in the revenge tale Vishwaroopam (1980) with Sivaji Ganesan and the evergreen classic Johnny (1980) with Rajnikanth.

“Previous generations had seen a sharper demarcation where a Savitri would do serious roles and a B.Saroja Devi would opt for lighter parts. Sridevi now emerged as that single package who could deliver both.”

Additionally, she had 12 Telugu film releases in 1980. These included films with top stars like N.T. Rama Rao, Chiranjeevi and others.

She played her first double role in Telugu cinema with Mosagadu (1980). Chiranjeevi played the villain in this film only because he wanted to work with her. Speaking with the writer, Chiranjeevi recalls his experience of working with the actress.

“My biggest learning from her was discipline. She would never indulge in frivolous talk on the sets or give anyone the scope to be too informal with her. She would come, get ready, do her job and leave…”

Eighteen-year-old Sridevi had a whole slew of successful films in 1981, of which the dramedy Meendum Kokila became a cult classic. She not only won her first Filmfare Award for Best Actress in Tamil for this film, but her performance also brought her to the attention of her future husband Boney Kapoor.

Boney Kapoor reveals: ‘I remember watching Meendum Kokila. Sri was seated in the song wearing the traditional south Indian sari called madisar. I think I fell in love with her then and there.’

Around this time, Sridevi’s parents were seeking a suitable groom for her. Kamal Hasan remembered Sridevi’s mother’s efforts to marry off her daughter.

“Her mother and I would often discuss Sridevi’s marriage options and she would joke with me that maybe I should marry her daughter. I would laugh and retort that if that happens, both Sri and I would drive each other so mad that I will have to send her back to her house the very next day!”

Her lack of formal education and her inability to converse fluently in English unlike her younger sister Srilatha bothered her, Suhasini Maniratnam sheds light on this aspect of her life while talking to the writer.

“Although Sridevi never resented that her sister had mastered the language better than her, she would often feel a little inadequate. Sometimes when Srilatha and I would start conversing in English, Sri would playfully taunt us both saying, “You English girls!” Perhaps one gets a glimpse of that in English Vinglish.”

Her successful run in films continued meanwhile, and she won the Tamil Nadu State Film Award for Best Actress for the masterpiece Moondram Pirai (1982).

Owing to her mass popularity entire towns came to a halt during her shooting appearances. Everyone wanted to have a look at her.

‘Her popularity has to be seen to be believed. Andhra towns like Vijayawada, Rajahmundry and Vishakhapatnam virtually come to a standstill if she happens to be shooting there.”

And her very busy schedule was about to get busier with her re-entry next into Hindi cinema.

Nayak then digs deep into her journey in Bollywood and how she ultimately conquered the hearts of millions.

Sridevi had acted in a couple of Hindi films—Julie (1975) and Solva Saawan (1979)—but it was with Himmatwala (1983) that she became a nationwide sensation.

“Eminent film critic Mayank Shekhar agrees: ‘There was something visceral about her that cannot be intellectualized. The biggest stars have a cosmic relationship with audiences, and Sridevi had exactly that. She never had to chase the Hindi camera now; the camera had begun chasing her, salivating for another Himmatwala.’”

She then went on to win her first Filmfare Award in Hindi for Best Actress for her role in Sadma (1983). Her talent and professionalism brought her accolades from Javed Akhtar, and new films with top Hindi actors like Amitabh Bacchan, Rajesh Khanna and the rest.

Director Subhash Ghai, with whom she worked in the multi-starrer Karma (1986), was mesmerised with the actress as well.

“Her strength was that she would not only act but also react. Good actors react to everything around them including their co-actors; Sri had that quality… During rehearsals, she would never let you know how she was planning to perform. Just before the scene, she would be sitting quiet. Once the camera rolled, she would suddenly dazzle.”

The media tried to stir up controversy by linking her with some of her co-stars and stressing on her rivalry with Jaya Prada. They also highlighted her close friendships with Rekha and Tina Munim.

Due to the constant media exposure, Sridevi learned to be more guarded in her interviews but otherwise remained unfazed. She was confident of herself as an actress and now commanded Rs. 10 lakhs per film. Filmfare, in their issue of July 1984, declared her to be ‘Unquestionably No.1’. And this legacy of her being the First Female Superstar of Indian cinema came to an abrupt end in 2018 with her sudden demise.

With his book Sridevi-The Eternal Screen Goddess, author and screenwriter Satyarth Nayak gives us an insight into the life of the highly acclaimed and loved, Padma Shree actress. 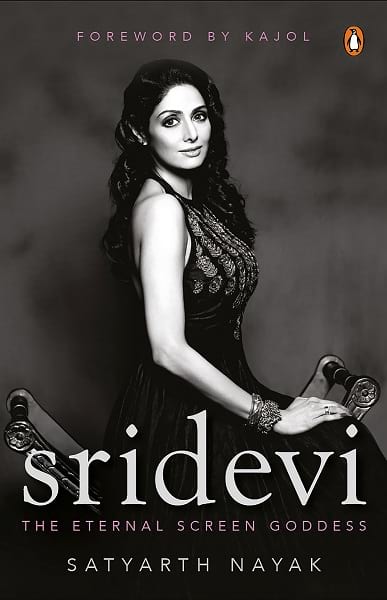 “If her life played out forever in the limelight, so did her sudden demise in 2018. Charting five decades of her larger-than-life magic, this book celebrates both the phenomenon and the person Sridevi was. This is her journey from child star to one of our greatest movie luminaries who forever changed the narrative of Indian cinema.”

Previous Article
Sailing Ships: A Brief History Into the Beginning and End of Plain Sailing of the Ancient Boats
Next Article
Bonnie and Clyde: The Infamous Criminal Duo That Terrorised the Midwest in the 1900s