Life and Times of a Policeman as told by Neeraj Kumar 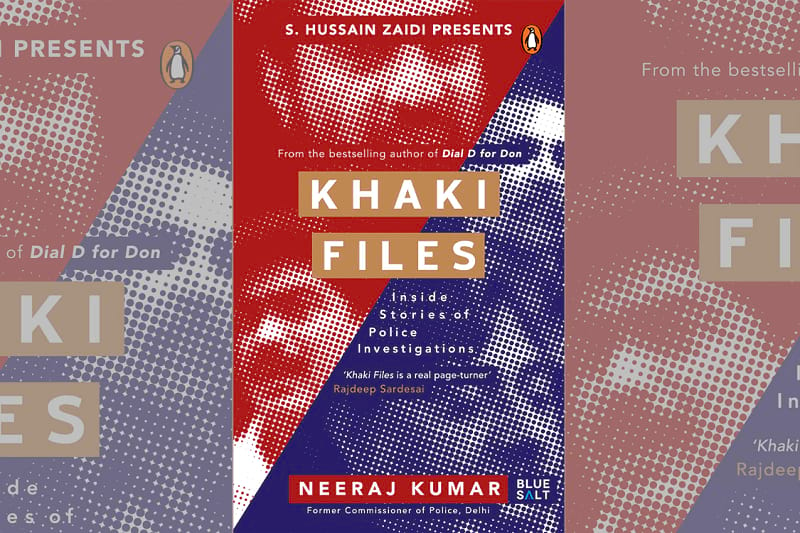 Assam-born Sangeeta Barooah Pisharoty became the first ever female journalist from the Northeast to work on the forefront in covering news from the North-eastern states.

Neeraj Kumar is a retired Delhi Police Commissioner and has been greatly acclaimed for his writing in Dial D for Don. A book that gives an insight into the modus operandi of Central Bureau of Investigation against mafia rackets. After his well received first book, he’s back with another bestseller—Khaki Files: Inside Stories of Police Mission. Though the objective of the book— an insight into corruption remains same, this book dwells on police investigations against cases varying from lottery scams to cricket match-fixing scandals and to terrorist attacks.

In 37 years of Indian Police Service, Neeraj Kumar served as a DCP, DGP and CP. The book—Khaki Files is an account of his experiences of three decades. Kumar used this opportunity as a writer to highlight the diligence of the police force in busting criminal activities as he believes police officers carrying out important rackets and probes rarely get recognition.

“We are adept at police-bashing, but always fail to acknowledge their good work. Quite unconsciously, by telling these stories, I strive to bring their good work to the fore, for whatever it is worth.” 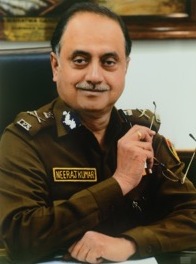 The first case Kumar recalls is of the lottery scams around the country. A petty worker from Bihar fell into the trap of a deceitful organisation; spent days running to and forth between the bank and organisation to avail his prize money of 51 lakhs. His anxiety led him to the Crime Branch of Delhi, sensing foul play they took matters into their hands. As they started digging deep through the case, multiple people with similar fate came forward, some were scammed by organisations in Manipur and some by those in Andhra Pradesh.

Months of investigation resulted in pinpointing the corruption in the system and involvement of various departments of state government in these scams. Kumar writes around 55,000 crores of people’s money was swindled in the scam across the country.

“The figures were mind-boggling, and with hundreds of lotteries under operation with multiple daily draws in quite a few of them, the Crime Branch was sitting on the tip of an enormous iceberg. There was a lottery scam running across the country, cheating millions of people of their hard-earned money, and the Crime Branch had to do everything it could to stem the rot.”

The police action led the central and state governments to act against the con operators. As desperate times need desperate measures, the lottery operators sought respite in Supreme Court petitioning against the Delhi Police. Kumar writes of the extensive judicial process and the final judgement.

“The court took note of the cases we had investigated and appreciated the pioneering work we had done, much like a sustained campaign. In a far-reaching order, the court put a blanket ban on all private lotteries and declared only those that were run wholly by the government to be legal.”

In one of the subsequent chapters, Neeraj Kumar writes about his experience as a director general of prisons in Delhi. He was posted at the popular and infamous Tihar Jail in 2010. He writes, although the posting came as a shock and was laced with political manoeuvring it turned out to be a fulfilling and memorable tenure.

The author recollects his first few days as the director general and his surveillance of the prisons. He gives us an inside view into the life and strife of the prisoners inside the confinements. Tihar Jail, he writes, is well equipped in refining and reforming the convicts. The jail has its own garment making section and bakery run by the prisoners, the bakery products are sold in the market under the jail’s brand.

He writes, the environment of the jail was different than what he had perceived; the sight of the inmates working industriously baffled him.

“The preconceived notion of a prison, with convicts in their striped black and white uniforms hammering at rocks, controlled by ruthless jail staff, disappeared.”

Neeraj Kumar recognized the inmates working around the prison campus. These were the criminals he had ensured were put behind the bars for their misdoings. One of them, Manjeet Singh, was convicted of murder of an eminent advocate and a dear friend of the writer, Bawa Gurcharan Singh.

On confronting the convict and observing his immaculate behaviour, Kumar says, changed his outlook towards the criminals.

“I had begun to see things ‘from the other side’ and in a very different light. I had realized that there was much more to dealing with criminals than sending them to jail.”

On the whole, Khaki Files: Inside Stories of Police Missions is an autobiographical work. This book penned by Neeraj Kumar, gives us a new perspective of the lives of police personnel, different than the usual perspective depicted in movies. For a collection of true crime stories, Khaki Files a light and engaging read.

Previous Article
Trump Gives Green-Light for Moon-Mining: How Does it Affect Outer Space Politics?
Next Article
Mental Health in Times of COVID-19