Tim Berners-Lee, the Inventor of World Wide Web: A Leader in the Face of a Revolution 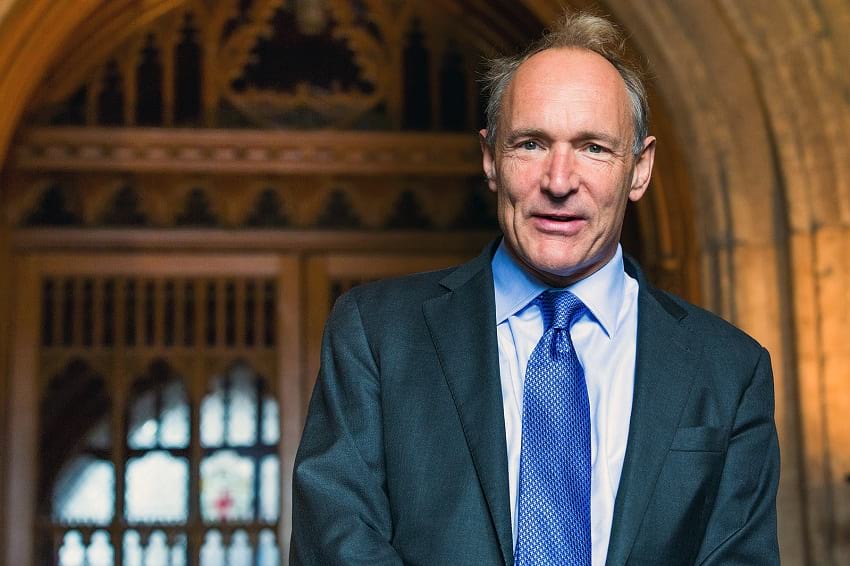 Right from our smartphones and computers, today, we have access to endless knowledge, which can create revolutions, connect to people, even save a life- all through the Internet. The sheer power of a few clicks to bring the world at our fingertips was bestowed upon us by the genius Tim Berners-Lee. An English computer scientist and engineer, Berners teaches at the prestigious Massachusetts Institute of Technology, as well as the University of Oxford. He also founded the World Wide Web Consortium, of which he is currently the director.

The World Wide Web, Tim Berners-Lee’s greatest contribution to the world has been a breakthrough discovery for our modern lifestyle and has even earned him a knighthood from the Queen of England for his remarkable work. Information was previously-stored directly on our computers, complicating the act of sharing it or accessing it. The need to overcome this difficulty was the driving force behind this immense breakthrough.

The World Wide Web – The know it all

It is often mistakenly believed that the World Wide Web and the Internet refer to the same thing. The World Wide Web permits access to a world of knowledge in the form of web pages, pictures, videos, movies, and books, including an array of memes among other things. However, this does not equate to the Internet, which is actually the underlying network connection that connects individuals across the world, while at the same time providing the portal to every person to all of the limitless data. The common lingo for the World Wide Web is simply “The Web.”

Formulated in HTML and accessed through HTTP, the World Wide Web is a network of online content. It is almost like a collection of HTML pages that are interlinked with one another, in simplified terms. HTML refers to Hyper Text Mark-up Language and is a form of computer language that is used to create web pages. Whereas, HTTP stands for HyperText Transfer Protocol that determines the distribution and transmission of messages, and the activity to be displayed on the screen as per the commands that were provided.

Tim Berners-Lee: The man behind it

“Sites need to be able to interact in one single, universal space,’’ is what Time Berners-Lee’s aim was when creating this invention that has changed the world. This came to be in the year 1989, first as a proposal, that was quickly followed up with the implementation of a very successful communication between a HyperText Transfer Protocol and server via the internet. Shortly after his graduation, Tim joined CERN as an independent contractor. CERN is a European organisation developed for nuclear research. During his tenure there, he proposed a project that involved the concept of hypertext, a constant process of sharing and updating information among researchers. To support this idea, he built the first prototype: ENQUIRE.

The world was in severe demand for an automated information sharing system, especially between scientists and universities around the world. It was more of an act of desperation that conceived the Web. The original method of retrieving information required one to log in to individual computers that stored it- sometimes requiring you to even learn the program individually designed for the computer. This was definitely a step up; saving time and efforts. Hence, in March 1989 Tim produced the first proposal for this technological breakthrough. It was called Information Management: A Proposal, which was not immediately welcomed on board.

Following shortly, in October 1990 Tim produced three fundamental technologies that form the solid base on which the Web was created. These were; HTML, HTTP, and URI (more commonly referred to as URL). URI is an acronym for Uniform Resource Identifier, or Uniform Resource Locator, which is a unique address used to locate resources on the Web. The end of this year witnessed the creation of the first web page, naming; CERN httpd. The ‘d’ stands for Daemon which was a computer program. By the next year, the first web page was created- info.cern.ch, and soon people outside the CERN family was invited for a test drive. The world’s first web server was set up on NeXT workstation. It was used by Tim Berners-Lee. (Coolcaesar / Wikimedia Commons)

“The fastest growing communications medium of all time, the internet has changed the shape of modern life forever. We can connect with each other instantly, all over the world,” was stated by the British Council as they ranked the World Wide Web to be the best invention to have happened in the longest time. The invention of the Web brought a revolution in terms of accessibility and availability of information, in the past only available from libraries and bookstores. On realising the potential of his creation, Berners acknowledged that one of the main catalysts behind the success of the World Wide Web is the fact that all this information is not proprietary or monetized. In order to secure this principle, Berners founded the World Wide Web Consortium which is an international community that ensures that the Web continues to follow the basic standards, which is termed as ‘Open Web’. The Open Web gives everyone the power to publish all kinds of content on the Web, code, and implement the web standards; and finally, to access or utilize information found online. The Web does not advocate discrimination or decentralisation, which implies that posts on the Web should be completely free of surveillance, censorship, permissions from a central authority and Net Neutrality. The creation of the Web and its standards was not subject to secrecy or privacy. Instead, the codes were written involving a wide range of participation by experts. It is this method of universality amongst the Berners’ team that contributed towards the achievement of this unprecedented success. However, these boundaries keep facing limitations in the fields of politics, scientific research, education and culture. To counteract these problems, Tim founded the World Wide Web Foundation that aims to advance the methods of the Open Web. Although these basic standards continue to face limitations, the principles never waver- keeping the world wide web as a trusted and indispensable part of our modern day-to-day existence.

Enjoyed this article? Also, check out “Submarine Communications Cables: All That It Takes to Keep the Internet Up and Running“.

Previous Article
Paranormal Sightings in England: The Brown Lady of Raynham Hall
Next Article
Bristlecone Pine: The Oldest Trees of Our Planet