Project Loon: A Series of Hot-Air Balloons in the Stratosphere That Bring Connectivity to the Remotest Places 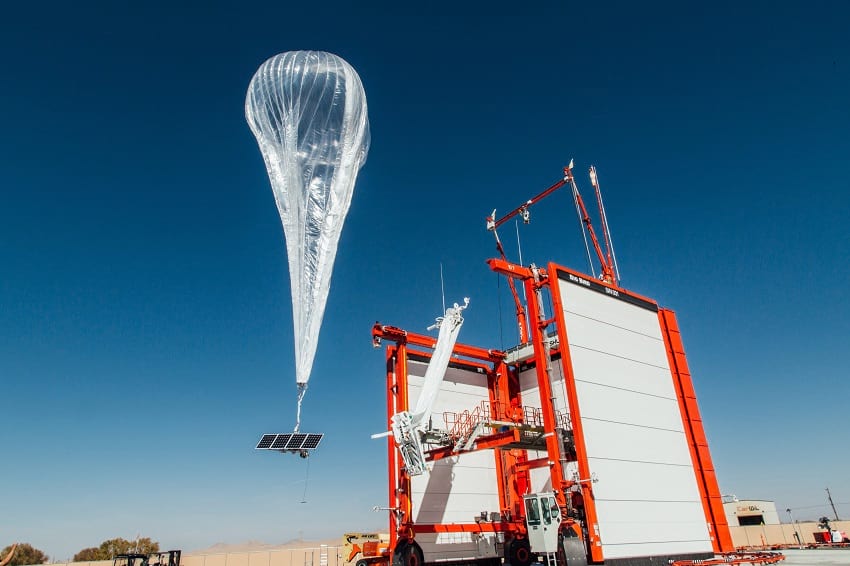 Project Loon is a project that is undertaken by Google to provide rural and remote areas with internet access. A subordinate company of Alphabet Inc., Loon LLC, was formed to fulfil the task. Loon consists of a large network of balloons that are made to float on the “edge of space”, thereby providing the means of connection for people in the areas of the world that do not have proper or any access to the internet.

The company uses hot air balloons that are placed in the stratosphere at an altitude ranging between 18 km to 25 km. These balloons create a wireless network up in the air which has a speed of up to 4G- LTE. Project Loon was previously a research and development project that had been started by X, which was formerly known as Google X. It later developed into a company of its own, now known as Loon LLC.

The idea to start project Loon began in 2008, when Google considered approaching Space Data Corporation to achieve something similar. Space Data Corp. is a company that provides wireless service & solutions for commercial and government users in regions with poor or no wireless coverage. They have previously achieved this by, sending internet-beaming balloon which carries them up to 32 km in the air, helping truckers and oil companies connect in the southern part of the United States. However, this contract between Google and Space Data Corp. did not materialise and Project Loon got delayed.

The project unofficially began in 2011 and started being developed under Google X, when they ran a number of trial runs in Central Valley, California. The project officially began on 14 June, 2013, and was announced as a project by Google. Google ran a pilot experiment in Christchurch, Canterbury, New Zealand with 30 antenna-equipped balloons on 16 June, 2013. It was launched in collaboration with the Civil Aviation Authority from the Tekapo area of the South Island. There were at least 50 local families in the Christchurch area who tested the connection.

After the trial run at New Zealand proved to be a success, Google had plans to send 300 balloons up to make a continuous string around various countries.

In May 2014, Astro Teller, the laboratories director of Google X, made an announcement saying that they would be creating a temporary base station which may be leased by mobile operators of the countries. Later that year, from the months of May to June, Google ran tests in Piaui, Brazil, on the loon balloons providing internet access, and had their first LTE experiments as well as the launch near the equator.

Google also partnered with France’s space agency Centre National d’études Spatiales (CNES), on the project in 2014. Over the next few years, they began to develop the project further so they could make the balloons last longer in the stratosphere. The number of days a balloon could survive in the stratosphere increased over a period of time from 50 days, to 130 days, and peaked at 187 days mark.

In 2016, Google also made an announcement saying that they had managed to attain a stable ‘laser connection’ between two balloons which spanned over a distance of 100 km. In the same year, they tested their auto launcher known as “Chicken Little”, at Roosevelt Roads which was an old naval station in Ceiba, Puerto Rico. However, in 2017, after the destruction that Hurricane Maria left in its wake, Google received authorisation to provide Puerto Rico with emergency LTE coverage immediately.

Loon also had a commercial agreement with Telkom Kenya, according to which Loon is supposed to be able to provide connectivity even to the most inaccessible and unserviceable regions of Kenya by 2019. 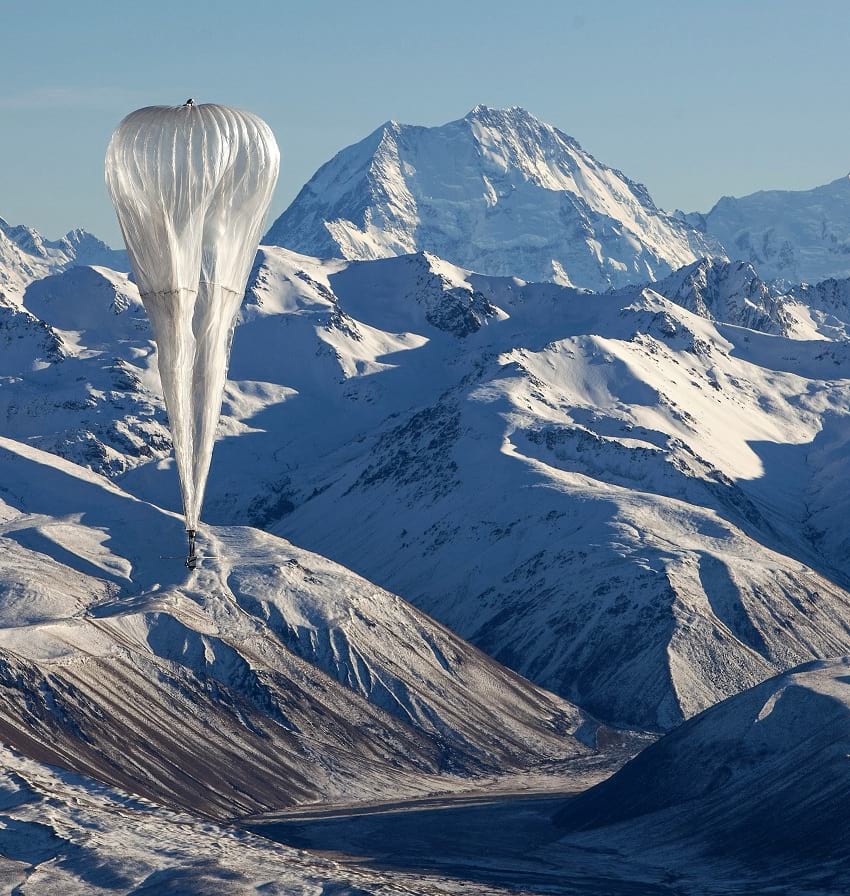 The balloons used by Loon are produced by Raven Aerostar, and are made of polyethylene plastic which is approximately 0.076 mm thick. Each balloon is approximated to be the size of a tennis court, measuring 15 metres across and 12 metres tall, when it is fully inflated.

The balloons are made to withstand the harsh conditions prevalent in the stratosphere, and can survive there for a minimum of 100 days. The balloons can also endure huge fluctuations in temperature ranging from temperatures as low as -90°C to high temperatures right up to150°C. 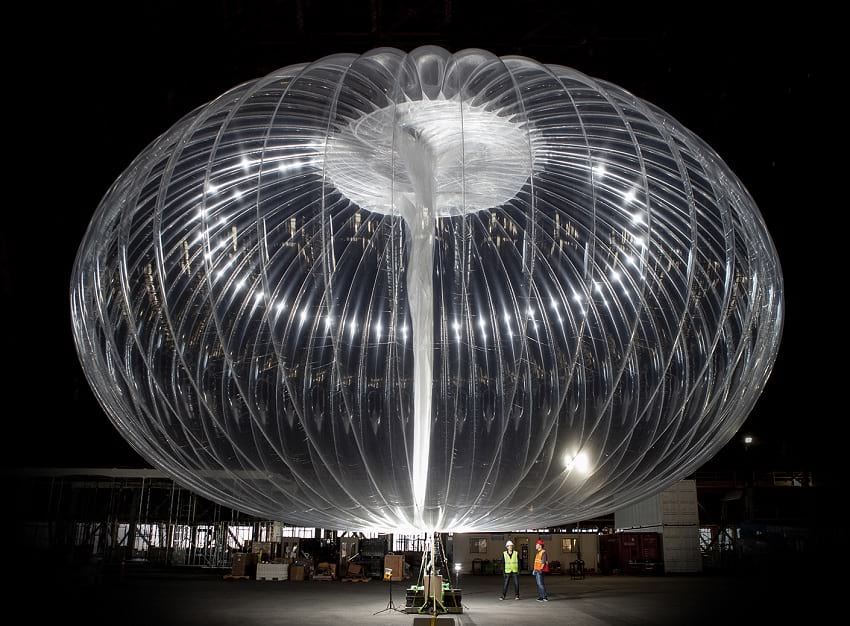 The altitude of the stratospheric balloon is controlled by the ballonet, which is a smaller inner balloon. The change in airflow in the ballonet regulates the loon’s altitude.

The balloons consist of four crucial parts – the flight capsule, the solar panels, transceivers, and the parachute. The solar panels keep the equipment powered during the day time, and also charge an onboard battery for night time operation. The flight capsule consists of the system to command and control the balloon. The transceivers are used to transmit internet signals across the network of balloons which is sent down for people to access the internet. The parachute is used for control and descent of the balloon. 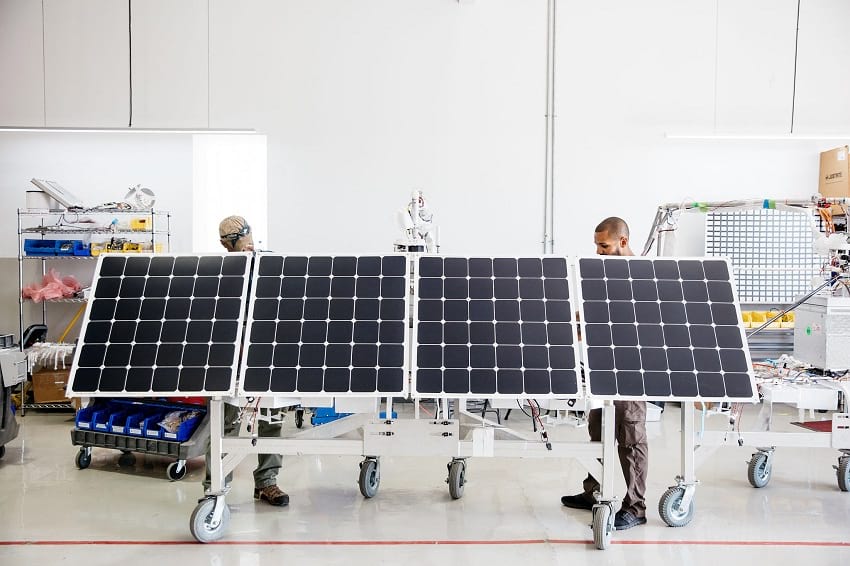 Project Loon reached a huge milestone in 2019, where Alphabet Inc.’s hot air balloons covered over 40 million kilometres. The balloon also created a record of its flight hours for a total of one million hours.

The loon balloons have automation software that collects data on wind forecast and accordingly builds maps on where it should travel. According to the head of engineering, Salvatore Candido, it is the software that directs and redirects the movements of the balloon and not the team of engineers that monitor them. Candido said,

“The first balloon allowed to fully execute this technique set a flight time record from Puerto Rico to Peru. I had never simultaneously felt smarter and dumber at the same time.”

Enjoyed this article? Also, check out “Submarine Communications Cables: All That It Takes to Keep the Internet Up and Running“.

Previous Article
Trepanation: Unusual Medical Procedure of Drilling Hole in the Skull
Next Article
Deepwater Horizon Oil Spill: The flare Up of the Depleting Fossil Fuel