Everything You Need to Know About Spontaneous Human Combustion 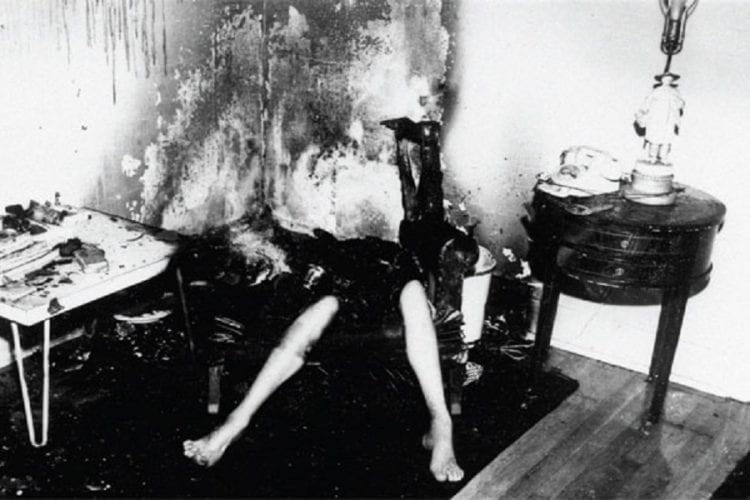 The phenomenon of Spontaneous Human Combustion (SHC) has been reported as early as 1470 when an Italian knight burst into flames after enjoying some wine. It was completely unexplained then and it seems that over 500 years later we are no more enlightened on the subject. It is so strange in nature that it has never been scientifically proven or unproven but many theories exist.

A victim to SHC is usually found turned to ashes with only limbs such as their feet left behind. Generally, a human body requires a temperature of 1600 Celsius to disintegrate bone – for example during cremation – but the improbable aspect of these cases is that furniture in close proximity to them is usually unaffected, and in some instances, the victim’s clothes. SHC, in essence, is where a person bursts into flames without an external source.

Here are some famous cases within the peculiar history of SHC. The earliest accounts are from a Danish Anatomy expert Thomas Bartholin in his work Historiarum Anatomicarum Rariorum (1641). However, if all fire needs is a human body then its origins can surely trace back to prehistoric times. The works of Bartholin looks into strange occurrences unexplained by medicine which human combustion certainly falls into.

A tale comes from 1470 when he describes an Italian Knight named Polonius Vorstius who was drinking wine with his family. Witnesses saw him burping and then fatally exploding into flames. The author, Bartholin was told of the account from a descendant of Vorstius.

Another comes from the works of a French writer Jonas Dupont – De Incendiis Corporis Humani Spontaneis (1763). He wrote that a resident of Paris – an innkeeper called Nicole Millet – turned to ashes during her sleep. Her husband was actually accused of the murder. Such is the unfathomable scene left when a person combusts. What made the anatomist Dupont conclude that it was neither murder nor accident was the straw mattress – It remained completely unaffected. The Surgeon thought on the same lines of Dupont and stated that it did not have the look of manslaughter. A guest at the public-house also helped with this alibi, luckily for the husband.

Accounts which have followed generally have the same characteristics. Furniture will remain intact as well as the hands and feet of many cadavers. In others, strange remains will be left such as organs, pieces of bone or shrunken skulls. This may well be down to the torso containing the most heat and in many cases, the deceased has been left in a sedentary position. Not every victim will be killed however and some people have survived. Many of these will not have been engulfed in flames but rather have received internal burns. Their internal organs are usually not damaged.

More modern examples include one as recent as 2010 in Galway, Ireland, where only the cinders were found of Michael Flaherty, a 76-year-old man. His entire living room was untouched apart from the ceiling and floor below him which had a sticky, sooty residue. The coroner did not blame his locality to the fireplace but rather to the first official case of SHC. If this has been considered in such a modern, secular society as Ireland it certainly gives more credence to the unexplained phenomenon.

Again in the 1960’s, the death of Dr. John Irving Bentley – a renowned retired physician – drew attention from the media. He was discovered in his Pennsylvania bathroom with only his left leg and foot at the scene next to a pile of ash and his walking cane. Mary Reeser is another famous example. In 1951 the only parts of her found was a foot, a liver attached to a piece of vertebrae and a skull the size of a teacup.

Not all will occur solely in the homestead and some are reported with eye-witnesses who actually saw the incident. Those of which are very scarce in detail, however.  All of which do coincide to mention people giving off flames – often blue – from their stomachs and mouths. Many of these have been sensationally fabricated or added to along the lines of Chinese Whispers.

Take the story of Maybelle Andrews which with a simple internet search will describe her turning into flames at a Soho nightclub in front of dozens of party-goers. This seems to have now been debunked. It is from an earlier newspaper article where a lady named Phyllis Newcombe had her arm burned after a fire in an English club. Septicemia later killed her and the myth grew into Maybelle Andrews.

A very recent account with more information comes from Flensburg, Germany in 2015 where a woman burst into flames within a local park. An eyewitness put out the flames with his jacket to save her life. Authorities were quick to point the blame in the direction of two men who were seen to quickly exit the park. Otherwise, to a suicide attempt. With no clear answers however the non-explanation of SHC again rears its mysterious head.

It was once thought that human bodies had no flammable substances so only a mass amount of a combustible substance such as ethanol i.e in alcohol could make a person ignite. But scientists have begun to unearth other theories. One of which involves a gas present in all of us known as methane. Once enough of it builds up it can be ignited by certain proteins also present called enzymes.

Another theory goes the way of a static electricity build-up – there are plenty of items after all which can catch fire without any help. If inside a bucket, oily fabrics can capture oxygen which will raise the temperature. Also, bales of hay where bacteria can build up to cause a chemical reaction.

A more popular hypothesis is labelled the “Wick Effect”. As many of the deceased are alcoholics – and many alcoholics are smokers (in past times more so) – if a lit cigarette strikes the skin it can ignite the whole body using fat as a flammable substance but keeping clothing protected. Many of whom also have debilitating diseases or are elderly which makes it harder to move or find help. This also makes the bones burn quicker in terms of diseases such as Osteoporosis. Others who are less believing of spirituality will point to cover-ups due to criminal activities for the main reason behind SHC.

We are still in the dark in terms of Spontaneous Human Combustion (SHC). As even scientists and coroners cannot give definitive answers for any of the deceased. All that can be said is that the human body is an incredible thing with an insurmountable amount of reactions happening every nanosecond. For this reason, it is not beyond the realms of possibility that an internal reaction could cause some widespread damage.

Hopefully, with more research, we can find out more about this peculiar act and save people from future disintegration.

Enjoyed this article? Also, check out “Luigi Galvani: The Man Who Fuelled The Idea Of Re-Animating Human Corpses“.

Recommended Read:
Faith, Madness, and Spontaneous Human Combustion: What Immunology Can Teach Us About Self-Perception | by Gerald N. Callahan

Previous Article
An Unsolved Historical Mystery – The Lost Roanoke Colony of America
Next Article
Puente Nuevo: The Bridge That Spans Across a Gaping Canyon to Join the City of Ronda