An Unsolved Historical Mystery – The Lost Roanoke Colony of America The word “CROATOAN” carved on a tree trunk. (Wikipedia Commons)

The Lost Roanoke Colony of America remains one of the fascinating mysteries of the continent. Over the years, researchers have suggested various theories to explain the disappearance of the English settlers that had settled on Roanoke Island. However, these theories only raise further questions, and there is no way of really knowing what might have happened to those people.

The first Roanoke Colony of America

In 1584, Queen Elizabeth I ruled over England, and English mariners sailed across the ocean to seek adventure and fortune. At this time, the notion of exploring and settling in the New World took root, and Queen Elizabeth I showed her approval by granting suitable rewards.

Sir Water Raleigh received a charter to settle English people in the Chesapeake Bay, and he dispatched Sir Richard Grenville with a group of settlers. They arrived on Roanoke Island, which is off the coast from present-day North Carolina, and were impressed by the rich natural bounty of the land. Also, the local Indian tribes appeared to be friendly, and there weren’t any impediments in the way of building a permanent base on the island. The men constructed their settlement and prepared to remain there for the long haul.

Unfortunately, they were not prepared to live in harmony with their Native Indian neighbours. In their long history of colonialism, the English have shown a tendency to appropriate the natural resources for themselves and to leave as little as possible for the native people. They followed the same pattern on Roanoke Island. As a result, ill will soon be developed between the settlers and the local Carolina Algonquins. Things escalated to the point that the settlers ended up burning a village of the Carolina Algonquins. The latter stepped up the hostilities, and the settlement failed.

The second Roanoke Colony of America

The second group of settlers, under Sir Ralph Lane, arrived in 1585. The scientist-mathematician, Thomas Harriot, and the artist, John White, were two prominent members of this group.

Thomas Harriot drew maps of Roanoke Island and catalogued the local birds and plants. He also persuaded two Native Indians, Manteo and Wanchese, to teach him their Algonquin language. Meanwhile, John White spent his time drawing and painting the Carolina Algonquin Indians and recording their habits and customs. Engraving by Theodor de Bry based on the map of the coast of Virginia and North Carolina drawn by John White. (Theodor de Bry / Wikimedia Commons)

As with the first party of settlers, however, the initial enthusiasm of the settlers soon waned. They did not succeed in cultivating the land and ran out of resources they had brought with them. Moreover, they too were unable to retain friendly relations with the Native Indians.

After a year, most of the settlers, including Harriot and White, were ready to throw in the towel and head back to Merrie England. Fortunately for them, Sir Francis Drake, an English naval officer, was returning home from the Caribbean at this time. When he stopped by at Roanoke Island to replenish his ship’s water supplies, he agreed to take the settlers back with him.

Fifteen die-hards decided to remain behind and keep the flag flying, but this turned out to be a terrible decision. By the time the next batch of settlers arrived in 1587, these men were no longer alive. The new arrivals learned from some friendly natives that the men had been attacked and killed by their hostile neighbors.

The third Roanoke Colony of America

The earlier failure to settle on Roanoke Island hadn’t doused John White’s adventurous spirit. Back in England, he set about persuading people to join him to form a new settlement in the New World. His mentor, Sir Walter Raleigh, and Queen Elizabeth I approved of the plan and proclaimed him the new Governor of the still-to-be founded new settlement.

Early in May 1587, John White set sail from England with 115 prospective settlers. Included in this group were his wife Tomasyn, his newlywed daughter Eleanor, and his son-in-law Ananias Dare. Their destination was the Chesapeake Bay, but their ship’s navigator foiled that plan.

He was a Portuguese sailor named Simon Fernandez, whose ill-temper and unpleasant attitude had already created tensions with the passengers; they referred to him as The Swine amongst themselves. When they stopped over for water at Roanoke Island on July 1587 en route to the Chesapeake Bay, he let the passengers disembark there for a rest. However, he then announced that he was not going to proceed to the Chesapeake Bay and refused to let them back on board. He abandoned them and sailed back to England. Thus, they were forced to remain on Roanoke Island.

From the beginning, the settlers made things difficult for themselves. John White’s previous acquaintance, Chief Manteo, told him that the Dasamongueponke and other hostile Indians had treacherously killed the 15 Englishmen that had remained on the island. Since the settlers had arrived too late to do any planting and had a lot of time on their hands, they decided to avenge their compatriots. At dawn, on 8 August 1587, they raided and destroyed what they took to be the Dasamongueponke village. Unfortunately, it turned out to have belonged to a friendly tribe that, for obvious reasons, turned hostile on them from then on.

To make things worse, the settlers soon discovered that their supplies had begun to run out; the supplies were insufficient to begin with and, moreover, with no planting done, a food shortage loomed ahead. Worried about their future on the island, particularly with winter approaching, the settlers held a meeting and decided to appeal to Sir Walter Raleigh for assistance. For this purpose, they decided to send John White back to England.

John White was not eager to leave his family. His daughter, Eleanor, had just given birth to his granddaughter. Named Virginia Dare, she was the first English child to be born in the New World. Also, he was worried about what would happen to his belongings in his absence. After the settlers assured him that they would care for his property while he was gone, he agreed to take on the mission. He departed for England and had a hard voyage back.

He arrived in England in October 1587 and learned that Queen Elizabeth I had forbidden all English ships from leaving the English shore. An invasion from the Spanish Armada was imminent, and it was crucial to have all available ships at hand to face the attack. That meant that John White couldn’t find a supply ship to sail back to Roanoke Island.

Desperately worried about his family, White finally found two small pinnaces. However, his attempt to sail them across the Atlantic was unsuccessful. First of all, the pinnaces were not suitable for a long ocean journey. Secondly, when they set off, French pirates attacked and looted the pinnaces. In that scuffle, as he later noted himself, John White was unfortunate enough to get shot ‘in the side of the buttoke’. He and his crew somehow managed to escape back to England, but the piracy left him without the resources to begin another journey.

It wasn’t until 1590, with Sir Walter Raleigh’s assistance, that he was able to get two ships, Hopewell and Moonlight, and endure another eventful journey to return to Roanoke Island.

The abandoned settlement on Roanoke Island

After a rough landing, the rescue expedition arrived at the settlement to find it completely abandoned. All the structures had either been taken down or were in a ruined state. The rescuers found the word ‘Croatoan’ carved on a tree trunk in the fort. Other than these, there were no other clues about the whereabouts of the settlers.

Since Croatoan was the name of a friendly tribe from the nearby Hatteras island, the rescuers assumed that perhaps the settlers had moved there to live with them. However, due to bad weather, White and the others couldn’t explore further, and they had to return to England.

Subsequent expeditions to find the lost settlers failed to find any traces of them, and after years of unsuccessful searching, everyone presumed that they had all died. Different theories circulated about how this might have happened. Perhaps they had starved to death or met with an accident in the wilderness. Maybe the hostile tribes had attacked and massacred everyone. Or, they had left to integrate and intermarry with friendly tribes further away.

It was also possible that they had been taken captive by the hostile tribes and sold as slaves. For many years, there were reported sightings of white people in various Native Indian camps, but nobody was ever able to verify if these were true.

In more modern times, researchers have attempted to examine DNA samples taken from local people to discover traces of the white settler of Roanoke Island. However, so far, nobody has been able to find a conclusive answer to the mysterious disappearance of the settlers on Roanoke Island. 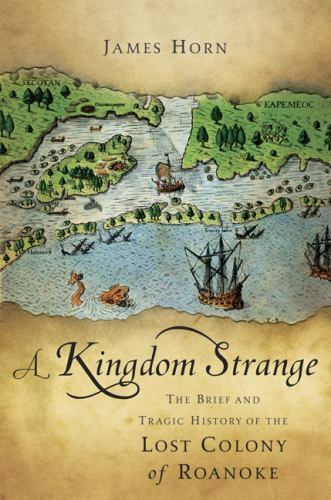 Recommended Read:
A Kingdom Strange: The Brief and Tragic History of the Lost Colony of Roanoke | By James Horn

Previous Article
Zebroid: Strange Equine Hybrids That Make Their Parentage Shine
Next Article
Everything You Need to Know About Spontaneous Human Combustion