Solway Firth Spaceman: Did Someone Accidentally Film an Alien on Camera? 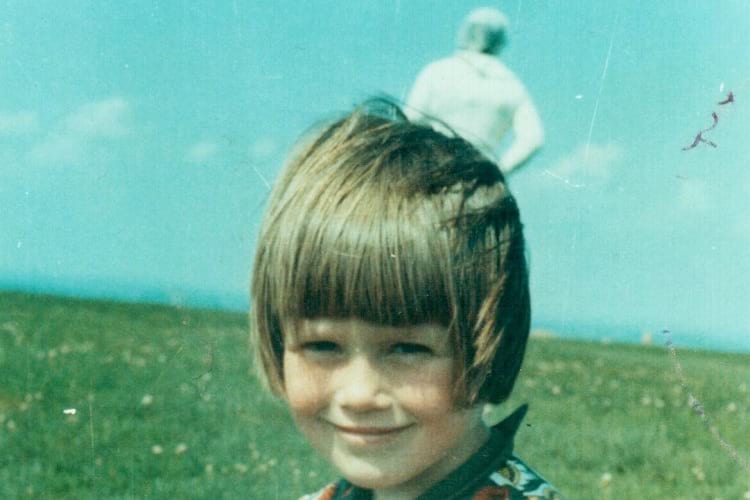 A photograph is the proof of a memory that a person would want to hold on to forever. It is something that would take him back in time and remind him of the good things that were captured on film at that time. But there was one Englishman, who did not know that a regular photograph he had clicked way back in the 60s, would become one of the most talked about mysteries of the world even after all these decades.

In the summer of 1964, on a bright, sunny morning in May, a Carlisle firefighter named Jim Templeton was out on a picnic trip with his family near the lush green Burgh Marsh, which overlooks Solway Firth, separating England from Scotland in Cumbria. Templeton was a local historian and also had a flair for photography, which he showed off occasionally on his brand new Kodak camera he had bought back then.

While lazing around, he decided to capture a few candid pictures of his five-year-old daughter Elizabeth, who was playing in the grass in the distance. He held up his camera and took photos of his girl wearing a new dress and the family came back home, all happy about the day trip. Little did the Templetons know that when the negatives of the pictures would come back from the photography lab, one of those would have a very mysterious story to tell the world.

Jim Templeton went to the lab to get his developed pictures and was taken aback by the technician’s comment on the said photograph. The photo had his daughter Elizabeth sitting in a relaxed pose, flaunting her new dress, while an image of an unidentified figure dressed in a spacesuit, jutted out of her head in the background. It was a clear picture of an obscure figure dressed in a white spacesuit, complete with a white helmet covered with a dark brown visor.

Conspiracy theorists immediately got down to work, floating stories of the presence of UFOs and aliens around us, while researchers began looking for logical answers. The photograph was published in many newspapers of the world, making headlines and it came to be known as the “Solway Spaceman”.

Jim Templeton took the picture to the local police that rubbished his spaceman claims and did not find the photo extraordinary. Kodak Film Company also came forward offering a reward to those who had an explanation, proving the picture was fake; but nobody could ever prove it otherwise. Solway Spaceman became one of the hottest topics of worldwide discussions, which garnered a lot of public interest.

Conspiracy theorists believed that sightings of UFOs were real and that we are surrounded by aliens, invisible to the eye, which Jim Templeton had managed to capture on film accidentally. The fireman appeared on several television shows after the Solway Spaceman image spread quickly across the globe, presenting his side of the story.

Theories behind the Solway Firth Spaceman

In an interview with the BBC, he said that apart from two old men sitting in their car, his daughter Elizabeth and his wife Annie, there was nobody else that could have managed to sneak in the frame, without him noticing. Templeton also stated that during that time, a British medium-range ballistic missile called “Blue Streak” was supposed to be launched from Australia’s Woomera Test Range, which later had to be aborted due to the sighting of two strange-looking men that technicians claimed were similar to the description of the Solway Spaceman in his image.

Locals also asserted that they had sighted a UFO recently. He also told the media house that two government agents had paid him a visit wanting to know about the exact location in the photograph, but later declared that it could have been a practical joke played on him. While none could confirm that his stories were true, experts could also not completely dismiss them as false and the Solway Spaceman debate only kept heating up.

Dr David Clarke, who is an investigative journalist as well as an expert UFO author, stepped forward in 2014 to explain the Solway Spaceman image, giving logical reasons, which professionals agree could have been the only possible and plausible answer to the frequently-asked question bothering the world since 1964.

According to Dr Clarke, Templeton couldn’t have seen his wife walking into the frame because the viewfinder of that particular camera was able to capture only 70% of the actual shot, thus finding her in the photo only after the negative developed. Also, since it was a bright and sunny day, Templeton’s dark-haired wife, who was wearing a pale blue dress on that particular day, was overexposed in the film and appeared to be wearing a white dress, thus making her the Solway Spaceman, everybody talked about for all these years.

Whether the spaceman had actually come from another world and had gate crashed into his family photograph or his stories regarding his meeting with the men from the ministry could never be proved; Jim Templeton’s genuine Solway Spaceman picture proves that some memories truly do live forever.

Enjoyed this article? Also, check out “Everything You Need to Know About Spontaneous Human Combustion“.

Previous Article
No Immunity from Loneliness – The Soul-Stirring Story of David Vetter “The Bubble Boy”
Next Article
Can There Be a Better Closure to Old Age than Exile of Ubasute?