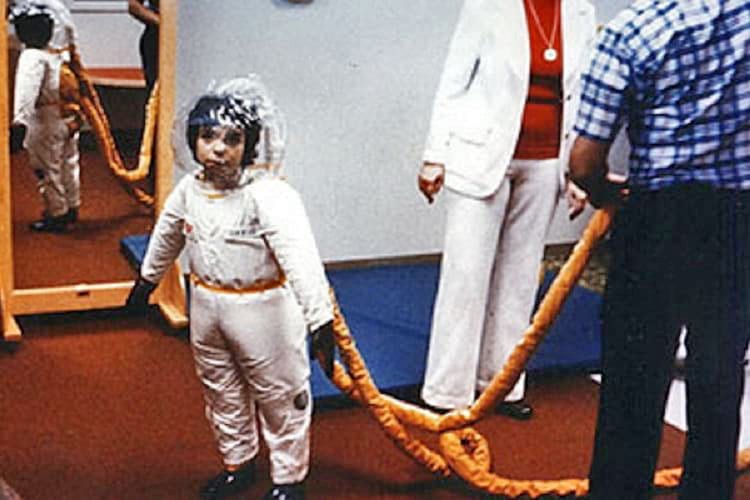 Never was there a child quite like David Vetter. He is remembered to the world as “the boy in the bubble”. David was the son of Joseph Vetter and Carol Ann Vetter. He was younger to his sister Katherine. David had a genetic disorder called Severe Combined Immunodeficiency (SCID).

Since birth, his immune system was completely dysfunctional. This meant that any stray germ he came in contact with either through breathing normal air or touching another person could prove lethal. The epithet “David, the bubble boy” gained prominence in reference to the complicated containment system that was used to control his genetic abnormality and protect him from potentially fatal attacks.

In those days when David was born on September 21, 1971, at the Texas Children’s Hospital in Houston, this disease was a virtual capital punishment. A year sooner, another Vetter kid with SCID died at the age of only 7 months. The two boys had the commonest variant of the malady characterized by a deadly X chromosome defect that used to plague only boys (although girls could carry the gene as well).

Vetter’s parents were thoroughly advised and cautioned by the doctors that any male child they might give birth in future would have half a chance to inherit the ailment. The only administration that was available for babies stricken with SCID, at that time, was to quarantine in an aseptic environment until the execution of a successful bone marrow transplant.

However, the Vetters, being devoutly Catholic, ruled out an abortion and decided to go ahead with another pregnancy even though having a daughter already, with the sole notion of a sibling accompanying their girl.

They relied upon the then developing bone marrow transplant technology and the likelihood that it would progress enough to develop a healthy and stable immune system in a child who lacked one. Katherine, his sister was the expected donor.

Moments after David drew in his first breath, he was incubated inside a sterile bubble. Blood tests were conducted for two long weeks immediately after David’s birth. The Vetter family anticipated and supplicated wishing that he would be among the safe 50 percent.

But sadly, the test outcomes revealed that David indeed had inherited SCID. Although it devastated the family, the silver lining was that the extraordinary precautions which Carol along with the medical team had taken, offered David a lease of life.

The expectation, as the events started unfolding more like an unanswered prayer, was it being an interim workaround until the transplant was performed. Unfortunately, Katherine’s blood was found to be not an ideal match.

Life cloistered in a bubble and custom-made gear

As the boy started to grow older and bigger, and as doctors kept hunting down a fix, David’s life became perpetually sequestered in the bubble. Water, food, air, clothes and diapers used to be sterilized prior to the entry into the sterile bubble. He could be touched only by neoprene gloves.

In 1977, scientists from NASA developed a special suit for David, with their experience in the manufacture of space suits. It helped Vetter to escape from the claustrophobia of the bubble and venture into the outside world without any potential danger of contamination. 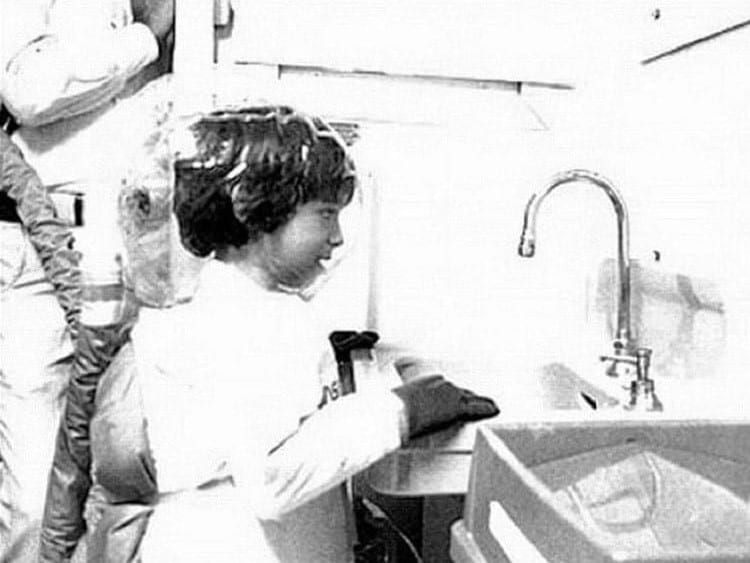 David in his space suit. (NASA)

Initially, Vetter resisted to wearing the suit. But later he was game. However, he sported it only in seven instances. Gradually he outgrew the suit and never used the substitute given to him later by NASA.

David’s parents and the medical team headed by Dr. John Montgomery tried to render him a normal life. This included a formal education, a television and a playroom within the bounds of the sterile chamber. 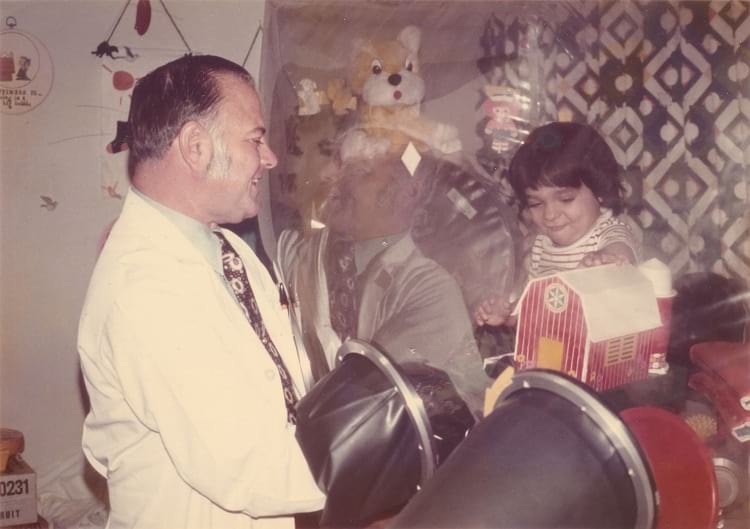 David’s return to the family home from the hospital

During the first few years of his life, David lived mainly at the Texas Children’s Hospital in Houston. When David was three years old, the treatment team had an additional sterile cocoon and transport chamber built for him at his parent’s home in Conroe, Texas.

During his week-long stays at home, David had his sister and other friends for company. A friend had arranged for him a special screening of Return of the Jedi at a local theatre.

With growing age David started living increasingly at home with his parents and sister. At the same time, David’s public persona captivated the general public.

He adored the “Star Wars” movies. His favourite colour was purple. He used to be taught through the telephone. Amusingly, he also played pranks by hiding his pencils as a ploy to bunk school. He started growing into a very handsome and well-behaved boy, endowed with great expressive eyes and tangled dark hair.

However, behind the scenes, it was frequently a different story. A clinician who assisted and counselled him, narrated about the uncontrollable anger he used to exhibit at times, realizing his ominous fate. At a certain point, he whined that he “had been put into a cage and treated like a wild animal.”

During David’s times, the only alternatives for SCID inflicted children were either to be cloistered within the sterile environment or die quickly from the infection.

The case brought up various moral issues, on whether parents having a half shot of SCID induced genetic traits should bear children and whether the information generated by such research defended encouraging or permitting parents to have children subject to this hazard.

Late 1983, David gradually began to lose hope that he would ever be able to free up from the bubble’s prison. Doctors informed the Vetters about an optimistic new technique of bone marrow transplant that used not as many perfect matches and that her sister could be the donor.

At first, the transplant apparently worked well. However, from January 1984 onwards, David started to show signs of illness, an infectious mononucleosis fever that adversely impacted him because of an unknown Epstein-Barr virus attack inside the bone marrow which could not be detected during the pre-transplant screening process.

He died on February 22, 1984, 15 days after he was admitted back into the hospital, at the age of 12 from Burkitt’s lymphoma. David was interred on February 25, 1984, at the Conroe Memorial Park, in Texas. His mother could kiss him for the first and the last time when he finally made his way out of the bubble only to die.

The sorrowful and heart-rending story of David Vetter is a mnemonic that must prompt doctors to not dismiss the general consequences that such patients endure and suffer from, just for the sake of saving a life.

Undoubtedly, David’s experience brought in a number of breakthroughs in the field of medical science. Dr. William Shearer, who was David’s doctor in the later years, asserted that his case provided the initial proofs that viruses can lead to cancer.

His unique DNA aided in the identification of the particular gene that originates immune deficiencies, leading to the introduction of a practice to perform a compulsory test in newborns for this condition.

David’s contribution to a superior comprehension of clinical immunology was significantly enormous. With a better understanding, doctors could come out with improved treatments for diseases related to the immune system which in turn helped them in treating other infants with SCID.

Nowadays, bone marrow transplants, even the most imperfectly suited ones, show positive results 90 percent of the time if conducted within a period of three months from birth.

If there is anything that appears to be certain, it is the fact that David will be remembered forever. He has been glorified and commemorated in music, movies and sculpture. An elementary school in Woodlands was named after Vetter as David Elementary and so also a centre at Texas Children’s.

Furthermore, according to historian Jones, the locution “bubble” has become synonymous with an everlasting slice of the language, shorthand to express both the perils of confinement and the aspect a few guardians wish they could keep their children in to secure them from any harm or suffering.

The finest excellence of his memory might be the epitaph on David’s tombstone that says “He never touched the world, but the world was touched by him.”

Enjoyed this article? Also, check out “Blue Fugates: The Blue Family of Kentucky“.