Fondly known as Big Red, Secretariat was the fastest and the greatest thoroughbreds that American racing history ever produced. A stalwart in speed and agility the champion rose to national fame when he won the Horse of the Year award as a two-year-old colt in 1972 followed by a thumping victory as Triple Crown winner (Kentucky Derby, Preakness Stakes and Belmont Stakes – in the first two new track records were set and in the latter a new world record), in the year 1973.

So, what’s the secret of a stalwart stallion? What made the world-famous horse a champion of champions? 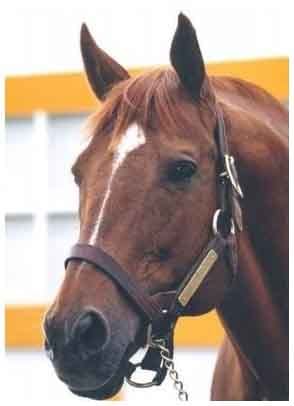 Born on March 30, 1970, his distinctive features were his three white socks and a big white blaze on his face. Secretariat had a Big Heart (two and a half time larger than a regular horse) – due to a rare genetic mutation. This particular gene is often dubbed as X-factor because the gene is located on the X-chromosome. Genetically, he was well-disposed.

His parents were Bold Ruler (his sire) and Somethingroyal (his dam), daughter to Princequillo (a thoroughbred Ireland born horse known for his successful stints in long-distance races and his ability to sire many strong successors). Since the gene sits on X-chromosome, Somethingroyal who foaled the champion passed on the genetic trait to her son.

More than anything else, the big heart gene link can be traced back to the 1830’s. It is said that 1837 born Pocahontas had been the prime source of large heart gene that passed on to her progeny; for the last 180 years, this gene has been the secret behind equine genetics and all the champion racers of today. 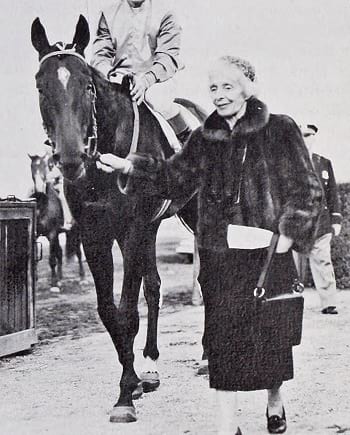 The heart of Secretariat was two and a half times the size of a regular horse. It weighed a massive 22 lbs (Approx.10 kg). A large heart has the capacity to increase strength and stamina.

Secretariat’s stamina was due to a tremendous cardiovascular system; as if 4 big engines pumped together to win the race. Many other physical factors contributed to his victory (like his muscular built) but the big heart catapulted the agile movements of an equine athlete.

Till date, no other racehorse could match Secretariat’s track record. The legend started with a fourth spot but good performances sat easy on him. He debuted on the 4th of July in 1972. The same year he won seven of the nine races, earning him the most coveted Horse of the Year award. The path-breaking Triple Crown win that turned him into a legend was finished in less than two minutes, thereby setting an all-time high Derby record (he clocked a Derby time of 1:59:40).

He beat Twice A Prince (horse) by an astounding 31 lengths in the 1973 Belmont Stakes. Even his loss at Champagne Stakes was actually a win, disqualified to the second spot for interference. He turned into an instant sensation and till date, he is remembered and admired by many.

Apart from Triple Crown wins, the thunderous horse leapt to several memorable wins in the span of 16 months racing career:

His track record of producing race winners has been impressive – out of the 653 sired, 57 went on to earn the reputation as the Stakes winners.

Accounts of people with Big Heart

Secretariat, the handsome chestnut racehorse was close to a few privileged people. Two names of repute include Penny Chenery – the breeder and the owner and Ron Turcotte – his jockey.

Penny Chenery bred Secretariat at her family-owned Meadow Stable in the American state of Virginia. Her father Christopher Chenery’s death led her to take on the reins of the business and she went on to create history with the birth of a racing legend. Chenery had an aptitude for business. With all heart put in, she revived the Meadow Stable – her famous words quoted in a 2015 interview – “I love horses and I loved my dad” – justify once more why she could take effective decisions towards breeding and training an American racehorse legend.

The chestnut horse had a huge fan following and remained in the spotlight by appearing on the covers of newspapers like Time, Newsweek and Sports Illustrated. Chenery had once written to The New York times that Secretariat was the answer for whole-hearted fun and admiration for people in America who were passing through state emotional downturn due to Nixon and Watergate scandal in the first of the 70’s.

Ron Turcotte is the man who rode Secretariat. He was the jockey who guided the Big Red to historical win and Horse of the Year award at a tender age. This feat was followed by the invincible Triple Crown win. They both earned a name in history and became legendary figures.

The summer of 1973 gave Ron an out-of-the-world experience when he rode a powerful, relentless horse determined to win. He remembered how he could sense the rhythmic beating of the heart of the ‘big’ horse and the feeling of floating on air.

The tale remains incomplete without naming Lucien Laurin, the trainer of the thoroughbred. Laurin was a fine jockey and a master trainer who saddled Secretariat and Sweat, the groomer who understood the temperament and need of the record making colt.

Death of a Titan

It was indeed a sad day for horse lovers when Secretariat, who symbolized brilliance with beauty, breathed his last on October 4, 1989, at the bluegrass nursery. He died of laminitis a painful hoof disease.

He was not just a horse; he was a hero who brought sensation at the race track for endless horse lovers.

Enjoyed this article? Also, check out “Diving Horse: Act of the Twentieth Century that Baffled the Audience“.

Previous Article
The Mysterious Wow! Signal: Aliens? A Comet? Or Just a Glitch?
Next Article
Did Man Really Land on Moon? The Dilemma of Apollo 11’s Missing Tapes