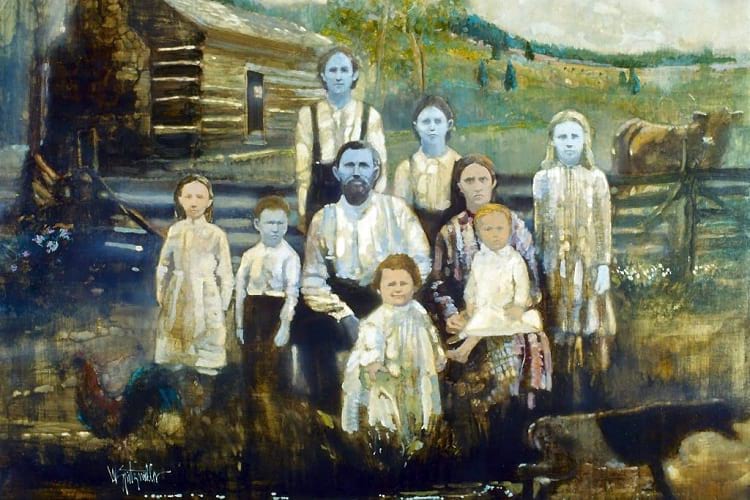 The blue family of Kentucky, also known as the “Blue Fugates”. (Unknown)

The Fugate family lived in Kentucky, USA during the nineteenth century and were famous for their blue toned skin. They suffered from a rare genetic disorder of the blood known as methemoglobinemia. The red blood cells in the human body have haemoglobin which releases oxygen into the blood. Methemoglobin is a type of haemoglobin that carries oxygen but does not release it into the blood tissues, resulting in less oxygen in the human body. This gives rise to methemoglobinemia, leading to blue coloured skin due to lack of adequate oxygen.

Born in France in 1783, Martin Pettis Fugate was an orphan who married and settled down in the Hazard area of Perry County in Kentucky sometime in the beginning of the nineteenth century. Martin and his wife Elizabeth Smith both suffered from methemoglobinemia. Though Martin was visibly blue, Elizabeth was described to having pale skin. They went on to have seven children, out of which, four were blue like Martin. What they were not aware of at that time was, that the presence of the disorder in both parents, posed an increased chance of getting passed on to the children as well.

Living in the remote settlement of Troublesome Creek led to a high level of marriage between the few families that settled there. Sometimes, first cousins ended up marrying each other. This eventually led to the passing of the defect to several generations for almost 150 years before it could be medically diagnosed. 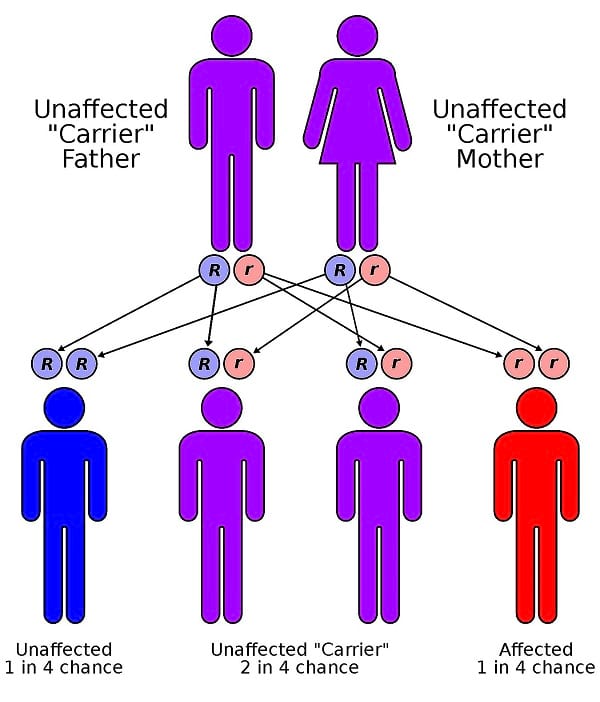 One of the couple’s sons Levy married Mahal Ritchie from a neighbouring family. They went on to have eight children out of which, one was blue. Their daughter Luna was the bluest and the first of the Fugates to move away from Kentucky. She was also the first to break away from the gene pool and settle down in matrimony with a man not related to the community, John E. Stacy. Together they had thirteen children, none of whom were blue. Thereafter, the blue people were not remembered much, until the birth of Luna’s great-grandson Benjamin Stacy in 1975.

When Benjamin was born, the doctors panicked at his blue skin tone. He was immediately rushed in an ambulance from the maternity hospital to a multi-speciality hospital for treatment. After a series of tests that revealed no illness, the doctors thought it was wise to have a blood transfusion for the newborn. It was then that Benjamin’s grandmother informed of being a blue Fugate and the colour could conclusively be attributed to the genetic disorder. Benjamin grew into a healthy adult.  However, his lips and fingernails would turn a shade of blue whenever he felt cold or angry.

Meanwhile, much earlier in 1960, the stories of the blue people of Troublesome Creek caught the attention of a young haematologist Dr. Madison Cawein. Cawein had just started work at the University of Kentucky’s Lexington medical clinic. He made frequent trips to Hazard in the hope of finding some blue people. At the American Heart Association clinic in Hazard, he came across nurse Ruth Pendergrass who had interacted with a blue woman at the clinic. Ever since Ruth had met the woman, she had been trying to draw medical attention to their peculiar condition. The dark blued woman had come to the clinic for a blood test. When Ruth panicked on seeing her colour, she had assured Ruth that she came from a lineage of blue coloured people.

Ruth and Cawein started walking around the hilly area in search of the elusive blue people. One such day, while Cawein was at the clinic, siblings Rachel and Patrick Ritchie walked in. They came seeking treatment for their unusual colouring. Once Cawein ruled out heart and lung diseases, he inquired about their family history. They turned out to be Fugate descendants. Upon further research, he came across a report in the Journal of Clinical Investigation (vol. 39, 1960). It had been written by E.M. Scott, a physician at the Public Health Service in Alaska based on similar case studies he had come across in the city of Anchorage. In a study of Eskimo families who suffered from congenital methemoglobinemia, Scott concluded that the hereditary absence of the enzyme diaphorase was responsible for increased methemoglobin in the blood. Hence, the term, ‘methemoglobinemia’ or ‘hereditary diaphorase deficiency’.

Cawein proposed using methylene blue as an antidote for converting methemoglobin back to normal haemoglobin. Cawein had read in earlier studies that the body could be activated to do the needful by adding an ‘electron donor’, and methylene blue had been used successfully in such cases. He and Ruth paid a visit to the Ritchie siblings and injected each with 100 milligrams of methylene blue. In a couple of minutes, their colour returned to normal. Ruth is known to have said, “They changed colours! It was really something exciting to see.”

Tablets of methylene blue were given to all members of the blue families, to be taken daily. Cawein went on to publish his research along with his colleagues on hereditary diaphorase deficiency, in April 1964 in the Archives of Internal Medicine. The last known blue Fugate, Benjamin had Fugate blood from his mother’s and father’s side but was assumed to have inherited only one gene for his condition. In such cases, the diaphorase enzyme gradually comes up to normal or near-normal levels as the child grow older, which was also what happened in Benjamin Stacy’s case.