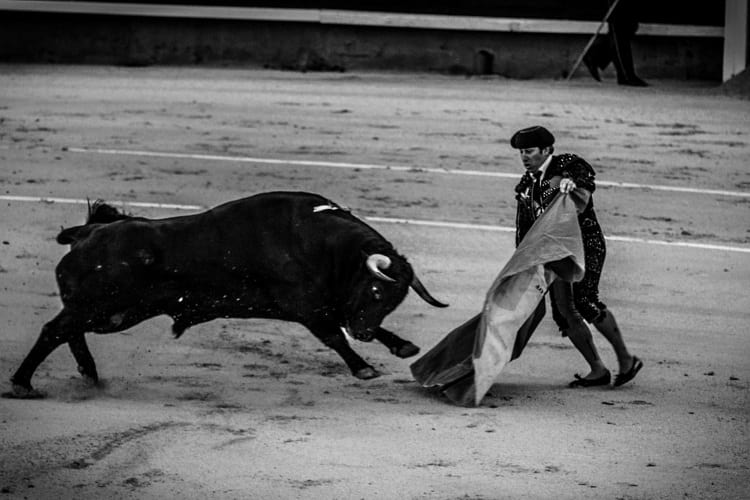 Jose Manuel Rodríguez Delgado also known as “the pioneer of electric brain stimulation” was born on August 8, 1915 in Ronda, Spain. He was a physiology professor at the prestigious Ivy League Yale University in New Haven, Connecticut.

Delgado was prominently known for his tests administering electric stimuli to the brain to control the mind. His renowned experiment in 1964 with a bull in Cordoba, Spain earned him the phrase – “The man who fought a bull with mind control“.

Jose Delgado’s obsession with the brain

Jose Delgado wanted to follow his ophthalmologist father’s footsteps and proceeded to study medicine and physiology at the University of Madrid in 1933. Whilst studying medicine, he became greatly intrigued by the ‘Father of Neuroscience’ Santiago Ramon y Cajal (1906 Nobel Laureate).

With the onset of the Spanish War in 1936, Delgado still a medical student, served the Republicans as a medical corpsman. Unfortunately, the war ended in March 1939 with the defeat of the Republicans, and Delgado was put in a concentration camp for five months which compelled him to think about the neurons that lead to violent behaviour.

After being released, he went back to complete his medical studies and earn a PhD in physiology from the Ramón y Cajal Institute in Madrid.

Jose Delgado was captivated in particular, by the experiments that the Swiss physiologist Walter Rudolf Hess was conducting. Hess had established that electrodes could be effectively used to stimulate a particular part of the brain in order to extract responses. His tests had proved that an element of the brain, the hypothalamus, could be stimulated to bring out various reactions.

Hess went on to win the Nobel Prize in Physiology or Medicine, in 1949 for his work. Meanwhile, in 1946, Delgado won a fellowship for a year at Yale. He later went on to accept a position in the physiology department at the same university, headed by Dr John Farquhar Fulton, in 1950. 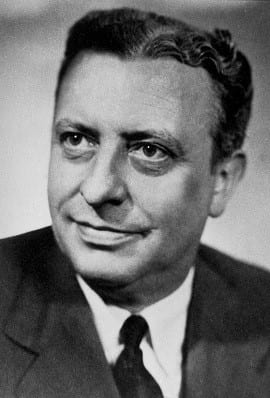 Fulton was a Sterling Professor of Physiology at Yale since 1929, having been appointed at the young age of 30. It is a premier university rank at Yale, given to a tenured faculty member who is considered the best in their field. Fulton was a pioneer in psychiatry.

The era of lobotomy

Fulton and his colleague Dr Carlyle Ferdinand Jacobsen presented a paper on the brain experiments they had conducted on chimpanzees at an international forum. These experiments described at the Second International Neurological Congress in London, held in July 1935, gave the idea of psychosurgery to Portuguese neurologist, Dr Antonio Egas Moniz.

Moniz thought of performing a similar surgery on patients with mental illnesses. Inspired by Fulton’s paper, Moniz directed the first prefrontal leucotomy on a human being, performed by his associate Almeida Lima at the Hospital Santa Marta in Lisbon on November 12, 1935. This was the beginning of leucotomies on patients with psychosis, which Moniz asserted, gave the desired results.

Fulton was initially upset that a test conducted on chimpanzees had lead to surgeries on humans. Moniz was constantly in touch with him to refine the procedure and later on, Fulton became a sceptical supporter. Moniz also received the Nobel Prize in Physiology or Medicine, in 1949 for his leucotomy procedure. Walter Jackson Freeman II and James Winston Watts modified the procedure in the United States. It was made less invasive and renamed, lobotomy.

By 1951, United States alone reported of the maximum number of lobotomies performed, but by mid-1950s, lobotomy was renounced with the development of successful psychiatric medicines. 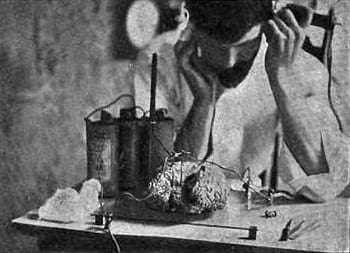 Jose Delgado was horrified at the idea of lobotomy and completely against the thought of obliterating a section of the brain. His ideas were more in accordance with the experiments of Walter Rudolph Hess. Delgado was well known as someone who would improve technology for getting the desired result with minimum or no damages. So much so, that he came to be known as a “technological wizard“.

He believed in electrical implants in the brain that would pass small currents to control the behaviour of the patient. His primitive experiments consisted of implanted electrodes with wires connecting to electronic devices. This, unfortunately was a risky procedure as it curtailed the movements of the subject, and left the brain susceptible to infections.

Delgado went on to design the stimoceiver, a small implanted electrode that was radio controlled to send electric impulses into the specific area of treatment. Delgado wanted to completely eliminate the butchering of the brain with this invention. After experimenting on animals, he extended his research to patients of schizophrenia and epilepsy, and implanted electrodes in nearly 25 such patients.

Delgado co-authored his first ever peer-reviewed paper in 1952 on the effects of electrode implantation in humans. He further designed the chemitrode, an implant that would administer a precise amount of drug straight into the desired portion of the brain. He is also credited for developing the early version of the cardiac pacemaker.

Taming bulls and other animals

Dr Jose Manuel Rodríguez Delgado’s most prominent experiment is with a Spanish fighter bull, Lucero in 1964 in Cordoba, Spain on the La Alamirilla ranch owned by Don Ramón Sánchez. Lucero had been sedated and implanted with electrodes that were remote-controlled by Delgado. In the bullfighting ring, with the red cape in his right hand and the wireless control in his left, Delgado turned the stimulation on as soon as Lucero was a couple of metres away from him.

The result was an aggressively charging bull coming to a screeching halt. The animal lowered its tail and seemed to have lost its violence. However, when Delgado stopped the stimulus after exiting the ring, the bull went on to ram the enclosure. On May 17 in 1965, the New York Times published his experiment on the front page with the headline “Matador With a Radio Stops Wired Bull“.

Even though this event created a lot of interest in Delgado’s work, he was of the belief that his experiments with simians and apes were of more significance. In a trial with a female chimpanzee, Paddy, Delgado fitted a stimoceiver in the chimp’s amygdala and hooked it up to a computer. Every time a signal was detected from that part of her brain, the computer generated a punishing stimulus to her central gray area.

As this went on, Paddy’s amygdala produced fewer signals over the hours, thus making her quieter and less aggressive. Jose Delgado conjectured that this method could probably be used in humans to stop seizures and other disorders generated by signals within the brain.

Jose Delgado was obsessed with that portion of the brain which was responsible for aggression and the area that held back the aggression. In an effort to study this, Delgado implanted a stimoceiver in a monkey that was prone to bullying. The electrode was to generate a stimulus in the caudate nucleus of the brain, which controls voluntary movements. This would send an electrical impulse to pacify the animal. The lever that would pacify the bully, was installed in the same cage in which the monkeys were. A female monkey realised the power of the lever that controlled the stimoceiver and every time she was threatened by the belligerent bully, she would press the lever.

Comparing the monkey’s traits to humans, Jose Delgado wrote: “The old dream of an individual overpowering the strength of a dictator by remote control has been fulfilled, at least in our monkey colonies“.

The end of an era and of a pioneer

Jose Manuel Rodríguez Delgado wrote a134 scientific papers that were published between 1950 to 1970 on the electrical stimulations he performed in cats, monkeys and humans. In his book “Physical Control of the Mind: Toward a Psychocivilised Society“, Delgado talks about the taming and civilisation of the inner being. Not only was the book shrouded in controversy but so was Delgado’s work.

He was blamed for trying to control the minds of his patients. During this time, he was requested by Villar Palasi, the Education Minister of Spain to help in the setting up of a medical school at the Autonomous University of Madrid. Delgado accepted the offer and, moved to Spain with his family, in 1974. Delgado and Caroline, daughter of a Yale administrator, married in 1965.

They had two children, and Caroline often assisted Jose Delgado in his trials and study. Delgado became the world’s most renowned and controversial scientist. It was his vision to rid humanity of psychological turmoil and hostile behaviour. His cutting-edge work on brain stimulation remains unrecognised and unappreciated.

In 2005, they moved from Spain to San Diego in California in order to be close to their children who were settled in the United States. He passed away on September 15 2011, at the age of 96. After decades of research, the human brain is still an enigma. Though much is known now than before, research on electrical implants has restarted in an effort to treat patients with a crippling neurological disorder.