Under the Sea: Do Fishes Dream? 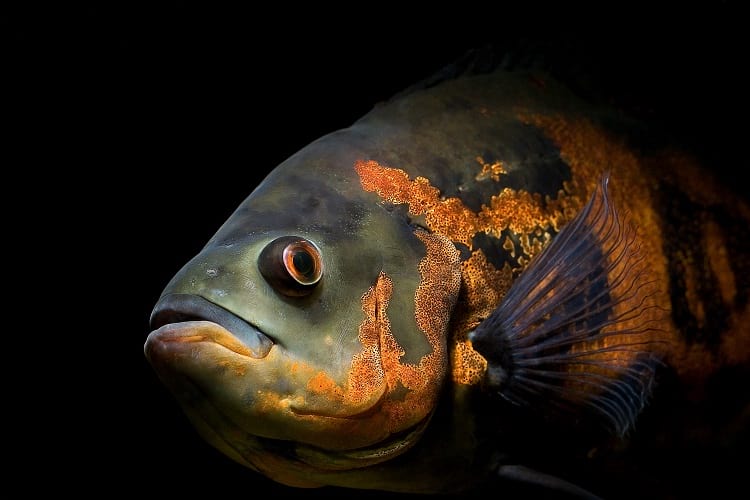 Certainly not one of life’s most pondered questions but never-the-less an important subject is whether fish, sleep or dream. After all, this is an animal who has been surviving since not long (relatively) after the Cambrian Explosion – 510 million years ago – and who with some, we share 70% of genes with (Zebrafish). Ergo, understanding the way in which fish sleep could possibly unlock sleeping disorders in humans.

In mammals, sleep is defined as electrical activity within the neocortex of the brain as well as the closure of eyelids. This is more difficult to attribute to fish because they have neither. It has always been perceived that because many fishes constantly keep moving (many mainly to keep water passing through their gills for respiratory functions) or that some are blind that they never sleep. It is fair to say that it has never been as much studied as today yet the study into sleep is still in its infancy, and much of it still remains unknown.

The criteria for sleep in fish have understandably been extended,

“When we humans don’t have enough sleep, it starts to impact our ability to function properly, a similar thing has been observed in fish. In a 2007 study, a group of zebrafish were sleep deprived during their normal 6 hour period of rest, the next day the zebrafish were much harder to arouse and their mouth and gill movements were reduced. The study also showed that they have slower breathing cycles in sleep, take naps and are governed by melatonin – very similarly to us as humans.”

Others such as the Brown Bullhead will lie in a seemingly relaxed position, with its fins stretched out and the body at an angle. This will include less respiratory functions and sensitivity. Requiem sharks, for example, can be handled by a human without a response when asleep. There are many reports of fish finding shelters in various conditions, an evolutionary trait in order to not be disturbed.

Many species, including sharks, show no obvious signs of sleep such as swimming continuously and therefore have been assumed to never sleep. This is suggested to be a wrong assumption now after research showing that some fish have a sleep function which causes the brain to repeat processes from memory. This is common in pelagic fish who swim for days, even months without anything happening in their surroundings. In the kilometers they travel they can essentially shut down most of their sensors, surviving and travelling on memory cells. This is a form of sleep swimming as they do not response to stimuli or predators in cases.

Sleep in fish is extremely different to humans but this does not mean it is not sleeping. At times they are conserving energy which must be linked to a sleep-like activity. Not all sleep like us, and some use extremely dissimilar techniques.

“The Parrot fish has a very interesting sleeping ability. It secretes mucus which surrounds its body providing it with a cocoon-type outer layer. This protects them from predators while they are resting.”

It has been observed that schools of fish will form a testudo in the sense that sleeping fish will travel in the middle while those at the edges will be the eyes and ears of the shoal, so to speak.

Outside of fish, there are other types of animals that have to rest in water. Whale and Dolphins are actually mammals (give birth to live young, produce milk and breath air) so their sleep function differs from the fish we have looked at previously. They will show more traditional (human for the purposes of this article) ways of sleeping such as resting in the water and taking less respiratory breaths. Dolphins will also use the tactics that many species of fish use. This includes the memory function, swimming slowly, usually next to another animal (this is more like napping). Additionally, dolphins will inhibit a method called ‘logging’ in which they sleep by floating on the surface of the water. Yet species such as the bottlenose will remain alert when using these practices. It will only close half of its brain and one eye. It has to, because every few hours a dolphin needs to surface to take a breath of air. They will do vice-versa with the other side once rested. Seals also exhibit this behaviour which many scientists would say is not sleeping in the true sense because parts of the brain are still active.

An amazing method in these two species is called Echelon Swimming where the young will sleep while their mother swims. The young do not need to move themselves because they are deliberately caught in their dependent’s slipstream. Mothers of whales have to continuously swim for the first few weeks of a newborns life, to keep them from sinking as at this stage they do not have enough blubber or fat to float. 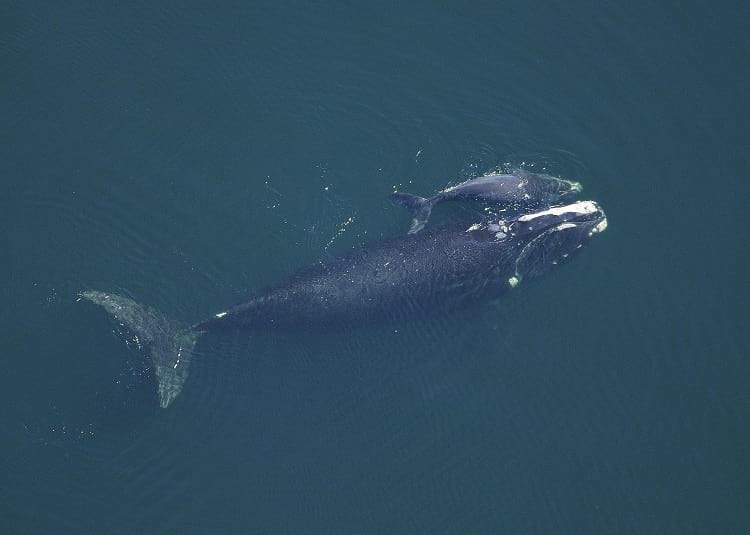 A humpback whale with her calf. (Pxhere)

While REM (Rapid Eye Movement) – the stage of sleep when dreams are reported in humans and other animals – have not been recorded in dolphins, they have briefly in whales.

“…a pilot whale was noted as having six minutes of REM in a single night.”

It is common knowledge that mammals such as dogs and cats dream, so the idea of a dolphin and whale dreaming is definitely not a far-out concept. It is a surreal thought, thinking of what a dolphin must dream about.

It is unconceivable to many of us that fish sleep because their restless states differ so much from the conventional methods that we humans use, yet it is completely apparent that they do. In fact, out of the predicted eight million species of animals, in the whole of the animal kingdom, it is only the Bullfrog that is thought to never sleep, but even they exhibit signs of resting.

Enjoyed this article? Also, check out “Animal Suicide: Do Animals, Like Humans Resort to Ending their Own Lives?“.

Previous Article
History of Pinewood Hospital: The Sanatorium for Treating Tuberculosis in the United Kingdom
Next Article
Ushuaia: The World’s Southernmost City, Where End is the Beginning