The Polgár sisters with their father Laszlo Polgar. (Tamás Urbán)

The Hungarian psychologist and educator, Laszlo Polgar, is well-known for devising an educational technique for raising child prodigies. He used this technique successfully on his own daughters, Susan, Sofia, and Judit Polgar. The three girls underwent intensive training in chess and became chess grandmasters.

As an educator, Laszlo Polgar had some definite ideas for teaching children. These ideas took shape while he was still a university student in Hungary. He studied human intelligence and, as part of the course, read the biographies of hundreds of geniuses. He discovered that most of them had begun training in their respective fields from a very young age. From this, he surmised that children needed to begin training intensively in their chosen areas from the age of three years old.

If they did that, it was very likely that they would become prodigies in their fields. Long before he married and had children, he mapped out a plan to raise geniuses. Every healthy child, he believed, could become a prodigy if raised in the right environment and given the proper training. He even wrote a book about it, called Bring Up Genius!

He was determined to put his plan into action with his children, but, of course, he needed a wife first.

When he met his future wife Klara, a Ukrainian teacher of foreign languages, they carried out their courtship via letters. Laszlo wrote to her in detail about how he wanted to teach his future progeny to become geniuses. Klara was on board with the idea. The two then married, began living in Hungary, and went on to have three daughters, Susan, Sofia, and Judit Polgar.

After their first daughter, Susan, was born, Laszlo and Klara Polgar considered a range of subjects that they could potentially use for her intensive training. They thought of picking mathematics, foreign languages, and many other topics. It didn’t really matter what the subject was as long as their daughter remained diligent and passionate about training in it.

Four-year-old Susan Polgar picked chess herself. She found an old chess set in their high-rise apartment and was fascinated with the pieces. Her mother found her playing with them, and that evening, when Laszlo Polgar returned from work, Klara asked him to teach Susan to play chess.

It turned out to be an excellent idea. It was easy to measure Susan’s progress in chess, as it is an objective game. So, Susan began learning chess, and, later, after her younger sisters grew up enough to become curious about the game, Laszlo Polgar began teaching them as well.

Susan—and her sisters later—did not attend regular school. Laszlo Polgar got into trouble with the Hungarian authorities over that. Homeschooling was virtually unknown in Communist Hungary at the time, and the school authorities even sent a policeman over to drag Susan to school.

Laszlo, however, remained adamant about teaching his daughters at home. He had a low opinion of the public school system and thought that only mediocre minds could come out of it. If his three daughters were to become geniuses—and he was determined to make them so—he needed to homeschool them. So, he refused to budge from his refusal to send his daughters to the public school and the Hungarian authorities finally agreed to let him teach them at home. The girls only had to go to school once a year for the exams.

The three Polgar girls studied English, German, mathematics, and various other subjects. They also went swimming and played ping-pong. However, their main subject was chess, and they spent nearly five to six hours every day playing the game. The books they read were also mostly about chess. There was no question of the girls idling at home or spending much time playing with their friends outdoors. Their everyday lives revolved almost entirely around chess.

Many people thought that Laszlo Polgar was, perhaps, taking things too far with the chess training. However, the girls never complained or thought that they were being forced to play chess. They loved the game to the point of obsession. Far from forcing them, Laszlo and Klara had to sometimes rein in the girls from playing chess round the clock.

The intensive chess training was not just to make his girls outstanding in chess, but also to ensure that they had successful and happy lives.

Laszlo and Klara worked as a team in teaching their daughters. While Laszlo undertook the chess training, Klara made sure they were well-fed and well-looked-after. Later, when the girls began going abroad for chess tournaments, she handled their travel schedules. 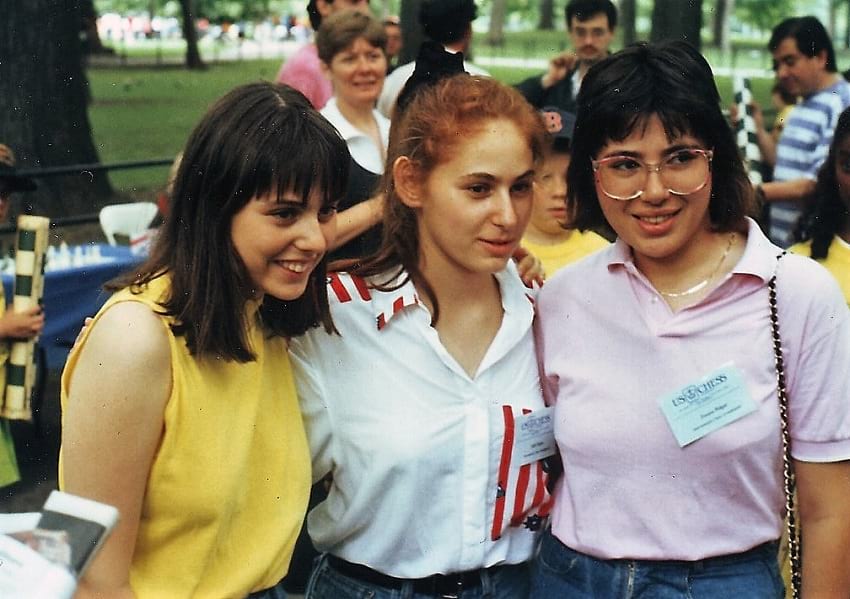 Susan, the eldest Polgar girl, began learning chess when she was only four years old. Just six months later, Laszlo took her to the local chess club, and she proceeded to beat the veteran chess players there.

A few years later, she won Budapest’s girls-under-age-11 tournament. At the age of 16, she appeared on The New York Times front page after winning the New York Open chess competition. In 1991, when she was 21, she became the first woman to win the title of Grandmaster. 16 years old Susan Polgar at OHRA chess festival in Hungary. She was the only female participant. (Sjakkelien Vollebregt / Anefo)

The second girl, Sofia Polgar, also caused a sensation at the New York Open chess competition, winning everything in her section. She was 11 years old at the time, while the youngest, Judit, was nine. Judit wowed all onlooker by playing chess simultaneously with five players and winning all five games.

A year later, aged 16, Judit Polgar beat 56-year-old Boris Spassky after a 10-game, two-week match and won $110,000 in prize money. Spassky won the last game after 7 1/2 hours, but Judit had already won the match. She won three games, he won two, and the other five were draws. In later years, Judit beat Gary Kasparov, Vishwanathan Anand, and many other top chess players.

While Sofia later left chess-playing and studied fine art and interior design, Susan and Judit are still involved in the world of chess and remain top-ranking players. So, can anyone really be taught to become a champion?

Yes, according to Laszlo Polgar, if they can have the right environment and if they have the patience and determination to follow the strict training regimen that his daughter did. He was even considering adopting three boys from third World nations to prove his point, but his wife Klara put her foot down. Rearing geniuses, after all, is not an easy task.

Enjoyed this article? Also, check out “Clever Hans: The Einstein Horse That Could do Math“. 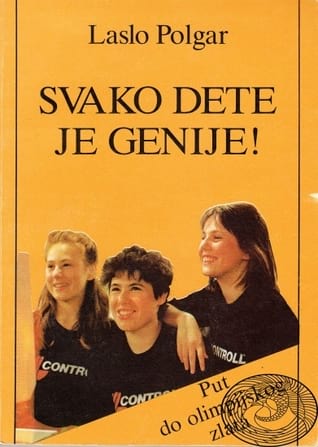 Previous Article
La Pascualita: An Extremely Well-Preserved Corpse, or an Eerily Life-like Mannequin?
Next Article
Dinner in the Sky: The Thrill of Partying in a Crane Lift