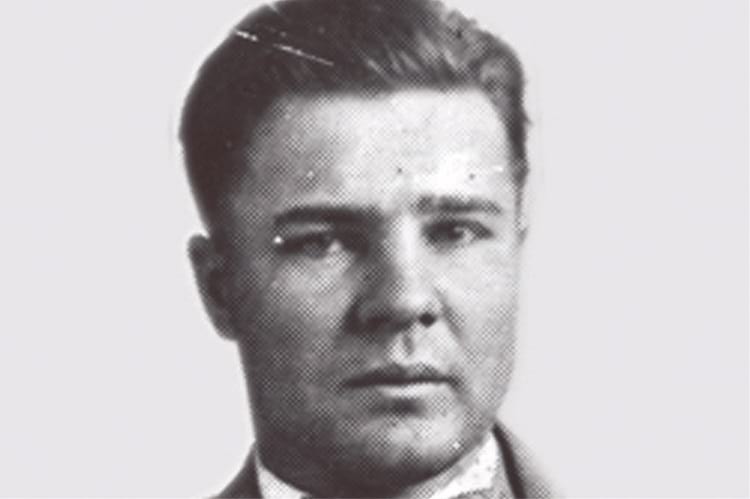 Charles Arthur Floyd, affectionately known by Oklahoma locals as “The Robin Hood of the Cookson Hills,” was born in Adairsville, Georgia, on February 3, 1904. Soon after his birth, his family moved to Oklahoma, where they lived out a poor life. Scarcely assisted by a small farm in drought conditions during the late 1920s.

The poor conditions compelled him to try his hand at robbing banks which earned him a bad reputation and a nickname, “choc,” due to his affinity to Choctaw beer. In 1925, he was sentenced to four years imprisonment for robbing a Kroger store payroll delivery in St. Louis, Missouri. By then, he was already married to a woman named Ruby Hardgraves and the couple had a son who was born while Floyd was serving his sentence.

Floyd earned a parole in 1929. Soon he learned that his father was killed by a man named Jim Mills. Floyd allegedly tracked down Mills and killed him. He moved on to Kansas City’s criminal community, where he earned the nickname “Pretty Boy” from a local prostitute which he disliked. Along with some “friends” that he had made during his prison time, he started robbing banks along the stretch of Ohio River.

His crime spree resulted in a twofold increase in bank interest rates in Oklahoma. He was caught in Ohio and sentenced to 12-15 years in prison and during his prison transfer, Floyd jumped out of the speeding train and escaped.

His feisty antics did not deter him from being a popular person. He used to destroy mortgage papers at many of the banks he robbed, liberating debt-ridden public, which ultimately earned him the title “The Robin Hood of the Cookson Hills.” However, the destruction of the mortgage papers was never fully verified.

One of the substantial highlights of his criminal career was his apparent involvement in Kansas City Massacre. A runaway convict named Frank Nash was being returned to a federal penitentiary in an operation led by the federal agents and local police. As they were getting into a union car, unidentified men opened fire on the entourage using machine guns. Two local detectives, a police officer, and a federal agent were killed along with Frank Nash who was caught in the crossfire.

The authorities could not present any credible suspects responsible for the massacre until a stroke of luck ensured the arrest of another gangster who helped resolve the mystery. Frank Nash’s friends got in touch with a gangster named Verne C. Miller and enlisted his help to set Frank free. Miller, through some contacts, contacted Floyd and his companion Adam Richetti.

On the day of the incident, the trio manned the guns and fled the town. Floyd managed to find a safe house in Cookson Hills and used to retreat to that safe house whenever things heated up. Floyd’s involvement was asserted by the FBI and a nation-wide manhunt ensued. Information about Frank’s notoriety spread across the nation.

Soon, Oklahoma’s authorities declared a huge bounty for his capture, dead or alive. Less than 24 hours after FBI’s declaration of his involvement in Kansas City Massacre, he was flushed out of an Iowa farm. He showed the authorities he hadn’t lost his finesse, as he jumped into a runaway car with two companions and shot his way out using machine guns and automatic rifles. His encounter with the authorities drew a fiercer response from them, as bridges and highway junctions were barricaded and guarded. National Guard sent resources to help in the manhunt.

On October 22, 1934, Floyd was cornered in an East Liverpool cornfield and in a subsequent shootout, he was shot twice and killed. His last words, reportedly, were “I’m done for; you’ve hit me twice.”

His funeral drew thousands of mourners, and his saga lives on. Such was his popularity that, five years after his death, Woody Guthrie released an album with a song named “Pretty Boy Floyd,” memorializing him.

Enjoyed this article? Also, check out “Amelia Dyer: The Nurse Who Killed Babies for Business“.

Previous Article
Dasht-e Lut: A Martian Terrain and the Hottest Place on Earth
Next Article
Laika the Canine Cosmonaut – From the Streets to the Stars