Collar Bomb Heist: A Nightmarish Idea That Happens to Find a Page in History 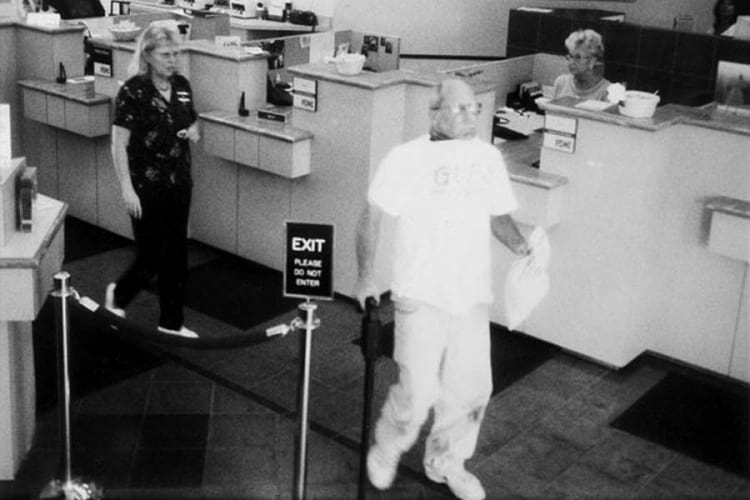 28 August 2003: It was a normal day for the people of PNC bank in Pennsylvania (US) until a pizza delivery man named Brian Douglas Wells walked in without any pizza boxes in hand. Passing a note to the teller, which read “Gather employees with access codes to vault and work fast to fill the bag with $250,000”, Wells pulled his shirt up to reveal what seemed like a big box like device strapped from his neck to confirm that this was no joke.

The teller told Wells that the vault was inaccessible at the moment and hastily filled the bag with cash little less than $9000 and instantly handed it over. Wells walked out and drove away in his car. About 15 minutes later, Wells was caught by the police in a parking lot quite near to the bank. The police handcuffed him and push him onto his knees on the ground. Brian Wells after being surrounded by law enforcement. (Source: www.thewrap.com)

Wells accused three blank men of forcing him of robbing the bank by chaining a collar bomb to his neck. He yelled to the policemen around him, “It’s gonna go off.” The police didn’t seem to buy it, still, the bomb squad was called and policemen took place behind their cars with weapons drawn. Wells asked a couple of times, “Why isn’t anybody trying to get this thing off me?” reports CNN. News cameramen arrived and started to film the event. Wells stayed stationary on the sidewalk for hard 25 minutes, hopeless waiting to be helped. Soon, the bomb started to beep and then it exploded, piercing a 5-inch wide hole in Wells’ chest, he grasped for his last breath and finally collapsed. The bomb also blew away any doubts that the authorities had with its authenticity. Three minutes post Wells’ dead, the bomb squad arrived.

The police started looking for physical shreds of evidence to find a tail to the story. Inside Wells’ car, they found a homemade shotgun which was cleverly disguised ‘as a cane’. The collar bomb itself was a remarkable piece of craftsmanship. Upon examination, it was clear that the bomb was made by a professional using professional tools. It was made in such a way that any attempt to take it out would trigger it. It was filled with several wires leading to nowhere and deceptive warnings to slow down the defuser. 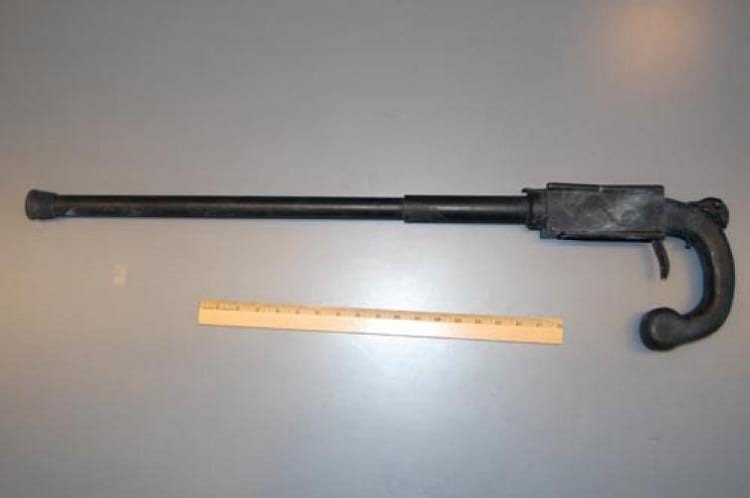 But perhaps, the most intriguing piece of evidence was that the police managed to get its hands on was a set of handwritten instructions meant for the “Bomb Hostage.” Wells was instructed to first, rob the bank and then follow a set of instructions to drive through Erie (a city in Pennsylvania), searching for different passcodes, keys, and combinations to save his life. Initially, it appeared that he might have been able to free himself from the certain death that was ticking around his neck, had he done as he was instructed. It was like a treasure hunt in which the prize was none other than his life.

The police began to follow the instructions and complete the hunt themselves. The first instruction was quite simple; it read “Exit the bank with the money and go to the McDonald’s restaurant. Get out of the car and go to the small sign reading drive-thru/open 24 hr in the flower bed. By the sign, there is a rock with a note taped to the bottom. It has your next instructions.”

Wells was able to retrieve this clue but was promptly caught by the police. However, the cops went forward with the next clue which instructed them to go to an area covered with woods several miles up the Peach Street. There they were supposed to find the next clue in a container with an orange tape, which they did. This clue instructed them to go about 2 miles south to find a glass jar with the next set of the instructions. They did find the jar, however, it was empty, ending the hunt instantly. The bizarre case made it to the international headlines and set in motion, a series of investigations, interviews, trails and revelations in an attempt of tracking and hunting down the “Collar Bomber.” The collar that was strapped around Brian’s neck. (FBI)

The investigation began at Wells’ place of work, Mama Mia’s Pizza-Ria. The cops got to know that Wells delivered his last order to a remote place in the suburbs. When the cops reached the location, they found Wells’ and his car’s prints on the dirt track. However, the location which was TV transmission tower site yielded no other evidence.

The next day, the newspersons managed to get an eye on Bill Rothstein, an unmarried fifty-nine years old handyman who lived in a house adjacent to the cordoned area. He cooperated with the authorities and seemed like a peaceful man who happened to have nothing with the case. However, on 20th September, Bill was arrested by the police. Bill had called 911 to inform them about a dead body that he has been keeping frozen in a freezer in his garage.

The dead man was identified as James Roden, the boyfriend of Marjorie Diehl-Armstrong, Bill’s ex-girlfriend. After the investigation, it was stated that Marjorie had shot James with a shotgun after the couple had an argument over money. The police arrested Marjorie and she was sentenced to 20 years in prison after she pleaded guilty.

Bill confessed to feeling guilty and depressed. He said that he even went on to write a suicide note. The note started with a very strange line, “It has nothing to do with the Wells case.” Bills passed away in July 2004 due to lymphatic cancer. In April 2005, Marjorie gave the case a new direction. The feds had been paying little to no attention to the murder of James. She said that it had ‘everything to do with the case.’ In subsequent interviews with the feds, she confessed that she was the one who supplied kitchen timers for the bombs. Also, she said that she watched the whole incident unfurl with her own eyes. She reported that Wells was also a part of the plan until the bomb was fake, and alleged Bill to be the mastermind of the whole incident.

While Marjorie blamed Bill, the officers firmly believed that she was the one who engineered the whole crime. Marjorie was already one of the most infamous figures in Erie due to her dark history of dead lovers. Another development took place a few months after Marjorie’s interrogation. This brings another character into the scene, Kenneth Barnes. Barnes was former television repairman but was completing his sentence in jail due to some unconnected drug charges. He offered to cooperate in return for a reduced sentence.

Barnes made some shocking revelations, he ensured the interrogators that Marjorie was the mastermind of the crime as she needed money to get her father assassinated, who, she believed, had been wasting the money she had to inherit. Eventually, the feds had several rounds of talks with Marjorie who surprisingly continued to reveal details of her involvement formerly unknown. She didn’t realize how much to say and had revealed details enough to bring an indictment against her.

In July of 2007, the then US Attorney for the state of Pennsylvania, Mary Beth Buchanan declared the investigation to be over. Charges were pressed against Marjorie and Barnes, both convicted of planning the crime. The unwilling participant, Brain Wells and the handyman, Bill Rothstein was also charged.

The trials were held. On trail’s fifth day, Barnes took the stand. He confessed the things the federals and the public had always believed in. He accused Marjorie of planning the whole crime. He informed the court that she persuaded Bill and Brian with the assurance of payday and both men in need of money, joined in. Subsequently, Marjorie took the stand, she did nothing more than shouting, crying and mocking the lawyers.

However, it seemed like the court had already decided that who was guilty and who was not. After 11 hours of deliberation, the jury declared the accused, guilty of all three charges- conspiracy, using a destructive device in a crime of violence and an armed bank robbery. The case had come to an end. The things were settled now, but that’s not how Jim Fisher, a retired FBI criminal agent saw them. He investigated and believed that Marjorie, given her mental condition, in no possible way could have planned such a horrendous and elaborate crime. The crime had multiple motives.

Bill Rothstein, the handyman, he thought, was the guy that had the required skills to craft such a bomb. Moreover, during his lifetime, he couldn’t achieve anything big in life and therefore, Fisher thought that he wanted to leave a legacy of his intelligence. This crime of his had been a big success, it managed to trouble the authorities for years and had gathered international attention. ‘He died with all of the secrets. He gets the last laugh in that sense. He left us with these idiots and a bunch of questions’ says Fisher.

What was the true motive of the heist? Who planned it? Who all were involved? These are some of the questions that we shall never find answers to.

Previous Article
Naga Fireball: Glowing Orbs that Enlighten the Mekong River in Thailand
Next Article
What Would Happen if Solar Storm of 1859 Occurred Today?