Leonarda Cianciulli: The Ill-fated Correggio Killer who Made Soap and Cookies of Her Victims How unlucky can one get? Is life already programmed at birth, or even before it? Is one’s journey in life a foregone conclusion? These questions relate to a girl born to a raped woman, in Italy. The woman married her rapist, but went on to despise her daughter, Leonarda Cianciulli, who grew up to make soap and cookies for a living at Correggio. Highly superstitious about her bad luck, she mixed her trade with a spree of serial killings. Held to account by the law of the land, she spent 30 years in jail, and died in a criminal asylum, doing the remaining part of her sentence.

Leonarda Cianciulli was a neglected child of a raped woman

Born on 18th April 1894, Leonarda, the unwanted child of a raped woman, had a disturbed childhood. Her father, the man who raped her mother (and married her later), died when she was a toddler. Living in extreme poverty, her mother remarried but her financial hardships persisted. A jinxed mother couldn’t care less for her daughter. Leonarda, thus, grew up as a bundle of nerves. So much so, that the girl tried to kill herself on two different occasions.

Riled about her mother’s curse

Stepping into youth from a turbulent childhood brought a new set of problems for Leonarda. Her parents chose a wealthy match for her, but she refused to marry him. Instead, she married a registry office clerk, much older than her age. Then on, she always believed that her marriage was cursed by her mother. Curse mattered to her. Pushed to the wall with hardships since birth, she found succour in soothsayers and fortune-tellers. She realised she was already ill-fated and didn’t want any addition to her woes. So, she feared the curse. Ironically though, her fears came true. 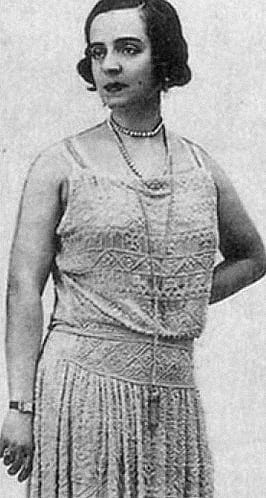 The newlywed Leonarda Cianciulli shifted to Lauria (present-day Potenza) in 1921. Even as she settled down and bore children, financial problems dogged her. Frantic to support her growing family, she ventured into illegal transactions, and was jailed for fraud in 1927. Upon her release from jail, she shifted base to Lacedonia (present-day Avellino) and tried to rebuild her life all over again. But bad luck continued to haunt her. An earthquake in 1930 destroyed her house, and the family was on the streets. Forced to move for survival, they then settled down in Correggio, Reggio Emilia, Italy. Here they found some peace of mind. Leonarda opened a soap shop and became a popular businesswoman.

By now Leonarda had come a long way. She got pregnant 17 times and had 3 miscarriages. 10 of her children died at various stages of their growing period. Only 4 siblings survived. A staunch believer of astrology, palm reading and fortune telling, she believed her misfortunes were predestined. A fortune-teller had told her that none of her offspring would survive, all would die. Her mother’s curse too rankled her. Could she do something about it, and save the life of her remaining children? To her great concern, her eldest son got enrolled in the Italian army in the wake of ongoing World War 2. Deeply superstitious, she desired to counter the evil spell that killed her children, bode ill for her still alive, and made a mess of her life. Her knowledge of black magic said that the nether world could be appropriated to spare one life in exchange for another. So why not kill an unrelated person to save the life of her dear ones? She did just that, and added her bit of creativity to the macabre slaying of three unsuspecting ladies. She was practising fortune-telling herself, and her victims were beholden to her for solving their problems.

Her first victim was Faustina Setti, a middle-aged spinster wanting to get married. Leonarda promised her a husband in Pola (present-day Croatia) on condition that latter keeps it a secret. She also got some letters written by her victim. These were welfare intimations which Leonarda would post to the relatives of the victim from Pola. But the victim, Faustina Setti, wasn’t taken to Pola. She was served a spiked drink. When she fell unconscious, Leonarda killed her with an axe, cut the body into pieces and collected blood separately. Body pieces were boiled in caustic soda and made into soap. Coagulated blood was added to cake and served as a snack.

Her second victim, Francesca Soavi, was promised a job at Piacenza. Same modus operandi was followed. The victim was directed to keep the matter a secret and given a bunch of welfare letters which could be posted to her relatives. And then, done to death. In the third victim though, she met her nemesis.

The third victim did her in

Her third victim was Virginia Cacioppo, a 53-year-old ex-opera singer living in penury. She was offered a job in Florence, as secretary to a fictitious theatre personality. Of course, with the same secrecy clause. Virginia too met with the same gory end. Leonarda enjoyed making her soap bars, and edibles and went on record saying Virginia gave her the best output. To her bad luck, Virginia’s sister-in-law had seen her in Leonarda’s company, and concerned at her disappearance, she reported the matter to Police.

Leonarda Cianciulli was arrested, tried for her crimes, and awarded 30 years’ prison sentence. An additional 3 years’ stay in women’s criminal asylum, after 30 years’ jail term, was also pronounced. During her stay in asylum she suffered from cerebral apoplexy and died on 15th October 1970.

A gypsy had righty prophesied to her that she saw her one hand in prison and another in a criminal asylum.

Enjoyed this article? Then check out “Amelia Dyer: The Nurse Who Killed Babies for Business“.

Previous Article
Batu Caves of Malayasia – The Largest Shrine to Lord Murugan Outside India
Next Article
The Newby-McMahon Building: A Four-Storey Building That Is ‘the World’s Littlest Skyscraper’