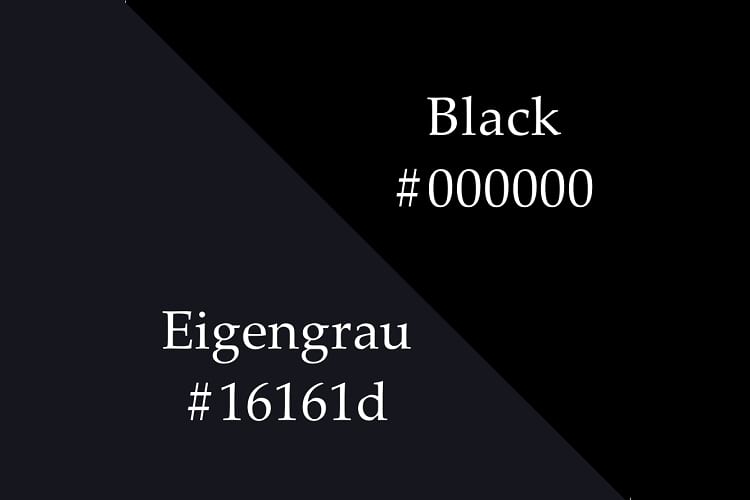 Scientists believe that Eigengrau is the dark grey colour that human eyes see in perfect darkness and this is said to be the result of visual signals from optic nerves. 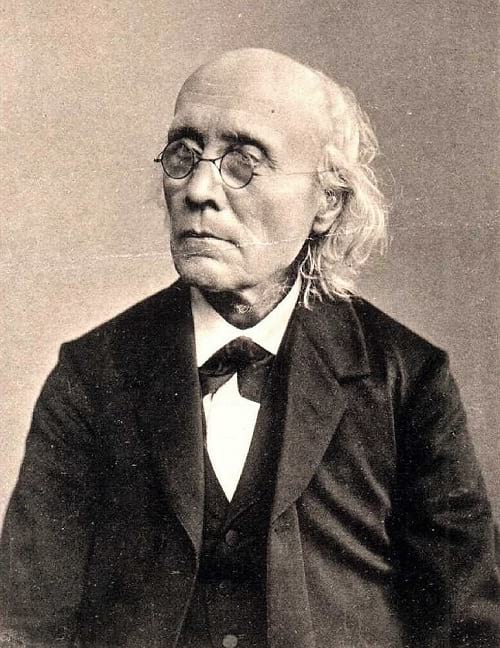 German philosopher and physicist Gustav Theodor Fechner is believed to have investigated and popularized the term Eigengrau. He is also known for his key role in the genesis of the measurement of human perception. Being an early pioneer in experimental psychology, he founded psychophysics and is believed to have inspired most of the 20th-century philosophers and scientists.

What is the darkest colour a human has ever seen? For most people, the obvious answer would be black. More specifically, the blackness of total darkness. After all, black by definition is the absence of light. But total darkness isn’t as far as humans can think.

Let’s try to understand as to how humans perceive darkness with a little experiment.  Pick a black object in front of you and stare at it for about a second. Now close your eyes for a few seconds and allow them to adjust.

You may need to cover your eyes if you are in a bright room or outside. Now open them quickly and look at that black object. Now it may take you a few tries to fully see it, but you’ll soon notice that the black object appears darker than the black of total darkness.

When our eyes are open, the light-sensitive layers of cells at the back of our eyeballs called the retina are bombarded by packets of light energy called photons.

The photons represent visuals like a trigger nerve impulses on the retina that pass through the optic nerve to the brain and a visual image is formed on the retina.

When we close our eyes or enter total darkness most people see vague grey field usually composed of changing regions of tiny black and white dots.

This colour is called the Eigengrau, a German word that means intrinsic grey. What we are seeing is visual noise and it is the static of our retina.

Photo interceptors in the human retina

The photo interceptors in the human retina come in two types, rods and cones. As per science, rods are said to be responsible for vision at low light levels. This is called scotopic vision. They lack spatial acuity or they build immediate colour and they exist primarily at the outer edges of the retina forming a large part of our peripheral vision.

When photons hit rod cells, a photo-receptive pigment within the cell called Rhodopsin changes its shape. This initiates the process of triggering a nerve impulse. Rhodopsin can also change its shape spontaneously from ambient heat. This triggers a false nerve impulse.

The rate of these false impulses is temperature-dependent, though in humans it averages about once every 100 seconds.

With over a hundred and twenty million rod cells in the human eye, the cumulative effect of these false triggers follows the visual noise that we see in total darkness.

Because of this intrinsic noise, most of us have experienced true darkness.

The same amount of visual noise is present whether our eyes are or open or closed. But, we don’t see it when we look at the world.

So how can we see an object that is darker than the visual noise if we can’t see the visual noise itself? When our brains process visual information, contrast is more important than absolute brightness. Darkness as we see it is relative to the brightest thing that we are looking at.

The term Eigengrau or Eigenlicht (German and Dutch: own light, brain gray or dark light) dates back to the 19th century. However, it has hardly ever been mentioned in any recent scientific publications.

Eigengrau is professed to be lighter than a black object

Eigengrau is professed to be lighter than a black object when normal lighting conditions exist. That is because; the contrast in light is more significant to the visual system than complete brightness.

Continuous experiments on rod cells of cane toads, scientifically known as Bufo marinus, highlight that the frequency of these impulsive events is temperature-dependent and that means that they are caused by the thermal isomerization of rhodopsin. Scientists believe that Eigengrau can be looked at as both a biological and a psychological phenomenon. Scientists have also determined that different people perceive Eigengrau differently and there are possibly several variations of the ‘Opaque Gray’. Therefore, every individual will have his own appreciation of Eigengrau.

Enjoyed this article? Also, check out “Vantablack: A Manmade Substance that is Blacker than the Blackest of Black“.