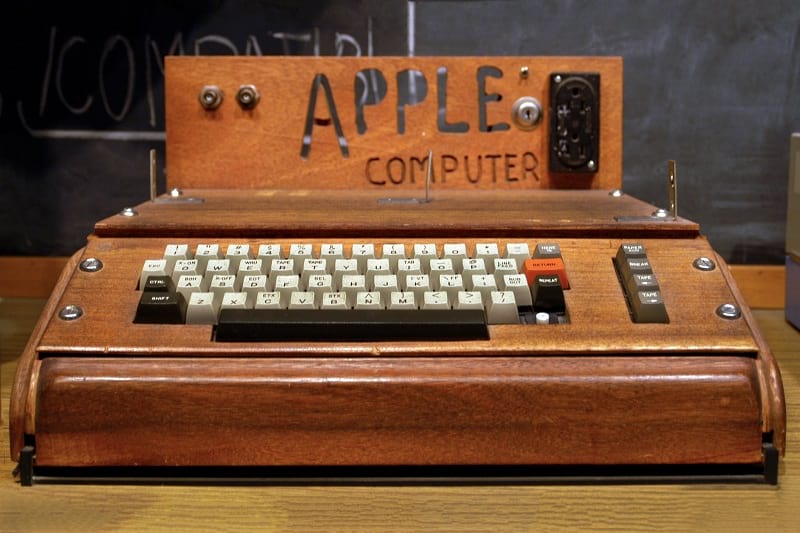 Apple I Computer at the Smithsonian Museum. It was assembled entirely in a wooden case by the owner. (Ed Uthman/Flickr)

The Apple Computer I retroactively known as Apple I was the first Apple desktop Computer, which was released by the Apple Computer Company in 1976. Designed and built by Steve ‘Woz’ Wozniak, an electronic engineer and Co-founder of Apple Inc. (as it is now called) along with Steve Jobs. They started the company from Job’s parent’s garage. The idea by Wozniak to sell the computer was financed by Jobs selling his Volkswagen Van (his only means of transport) and Woz selling an important programming calculator for $500. Apple is now the 9th richest company in the world according to Forbes so it appears the sacrifices were warranted.

Apple l: only 200 units in total were produced

After selling their prized possessions, the power of the Apple I computer was first demonstrated and sold in July 1976 at the Homebrew Computer Club in California, USA. A computer store called Byte Shop bought 50 units of the 200 total produced and sold each unit at a price of $666.66, a little over $2,800 in today’s prices. Apple I was as a bare circuit board to be sold as a kit with no other electronic parts—that people could use to build the computer. (Narnars0/Wikimedia Commons)

Apple I was a circuit board containing over 60 chips. It was not complete with the purchase however, a case, power transformers, power switch, ASCII keyboard and composite video display was needed for it to be a working computer. It had MOS 6502 microprocessors and a primitive 4 KB RAM. Mostly designed as a video game machine, it used the BASIC programming system allowing games to be both programmed and played. The reason Apple I was a success was ease of access- a keyboard and a cheap television were all that was needed to display the functions of the machine. Competing computers would require a lot more hardware. It would be discontinued only one year later due to the success of Apple II.

Apple l today is a much sought-after collector’s item 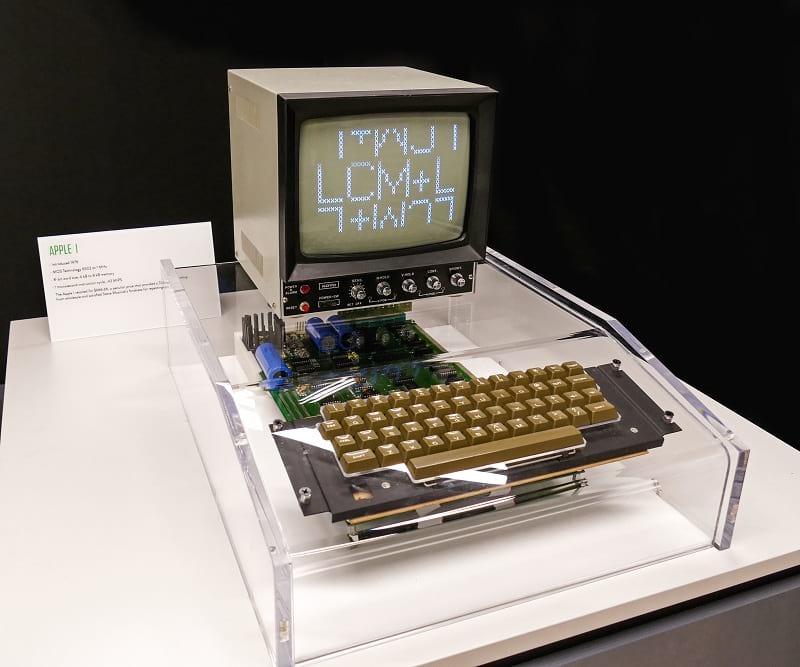 VICE News ran an article and video where a computer historian named Corey Cohen booted up an Apple I made 42 years ago, demonstrating that it still runs perfectly today. Less than 50 exist for Jobs and Wozniak offering trade-ins back in 1977, so only 6 are said to exist in working order. For this reason and due to the success of Apple, they have become a rare and much sought-after collector’s item. For instance, an original Apple I was sold in 1999 for $50,000 at an auction. In 2010 another machine with packaging (including a return label with Steve Jobs parents’ address and a personal letter from Jobs with trouble-shooting attached) reached $210,000. By 2012, the price had hit a staggering $374,500 and $351,276 on two separate auction listings. Then, two years later – $905,000 was bid for the latest Apple I to sell.

In today’s world, you are probably never more than 5 feet away from an Apple device with modern computers dominating the globe. It is reported that almost 50% of households in the world have access to a computer–that’s over 3.9 Billion people. This began largely with Apple Inc. and that accomplishment is absolutely incredible, especially if you consider that the work started from a garage by two Californian teenagers.