Anton LaVey: The Man, The Myth and The Devil 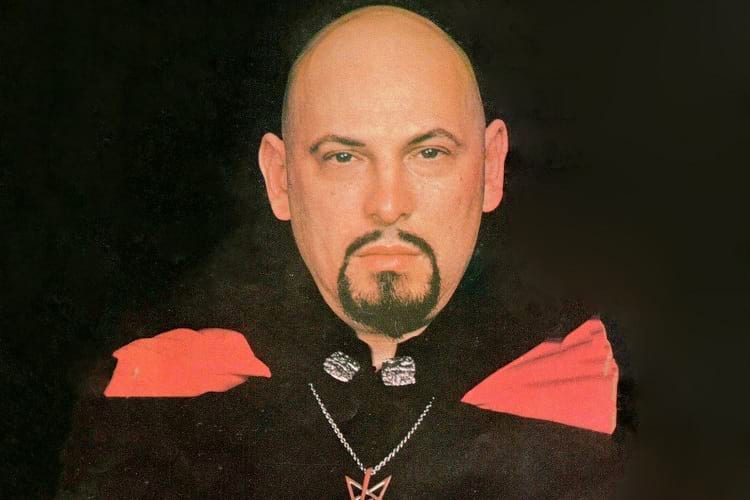 Anton Szandor LaVey was a man with multiple titles, “The Father of Satanism” and “The Black Pope” are two of the names he’s referred by. An occultist and a self-proclaimed sorcerer, Anton LaVey in 1966 founded a new religion-Satanism, opposing the beliefs and teachings of Abrahamic religions.

The Devil is in the details

Born as Howard Stanton LaVey (on 11th April 1930) to Michael Joseph LaVey and Gertrude Augusta (Coulton) LaVey.  While his father hailed from Ohio, his grandparents were from Russia, who immigrated to the US in 1893 and then became naturalized citizens. Soon after he was born, his parents moved to California. Influenced by his mother’s Eastern European origins, Anton became fascinated with obscure naturalistic traditions. He was obsessed with paranormal literature and Gothic novels, including Dracula and Frankenstein. Despite the misconceptions (and a claim made by LaVey himself), he never joined a circus. That said, sessions during the Christian revival meetings were apparently what made him deeply cynical of religion as an institution.

LaVey loved music, trying a variety of musical instruments to eventually settle for the keyboard because of its flexibility and versatility. Anton’s mastery over the instrument allowed him to become an organist in bars and lounges.

The Birth of a New Church

Alongside his musical career, LaVey continued his research on the paranormal. He was very social and charismatic, throwing lavish parties that attracted anthropologists, horror and sci-fi writers, sexologists, and so on.

As his popularity soared, so did the scope for his lectures on the occult. He started amassing more and more disciples. In April 1966, after shaving his own head, Anton LaVey established the Order of Satan, with his painted black Victorian mansion as its headquarters.

Out with the Old Gods, here comes the New

Contrary to popular belief, the church itself was atheistic in nature, since the Order did not worship the literal Satan. Anton was a man who believed in egoism and individualism up to a point that he was an anti-egalitarian. His work was influenced by Nietzsche, Ayn Rand, H. P. Lovecraft and others. He rationalized the use of Satan imagery as a rebellion against Christianity. The occult was like a ‘do-it-yourself god kit’ that provided a much-needed alternative and indulgence. He strongly believed in the indulgence of oneself as long as it doesn’t hurt others.

LaVey was very heavily criticized by conservative society for being a ‘showman’ and a ‘fraud’. When asked for his comment on these criticisms, he simply replied: “Oh! If someone begs to be misused, I will gladly oblige.”

A Cult of Personality

The bulk of information on LaVey is actually missing. From unreliable historians to mystifying himself into a legend, very little is actually known from his early personal life. It seems that with the growing influence of his cult; he did not like to reveal certain aspects of his life. His own biography provides exaggerated or even false information. For example, LaVey claimed he had a brief affair with Marilyn Monroe, back in the day, when she was an unknown dancer at Mayan Theater. However, all the staff including the manager confirmed Monroe was not a dancer there at that point in time.

LaVey also claimed that he was a millionaire and owned obscure property like a 185-foot yacht. However, in reality, he earned around $50,000 a year and was declared bankrupt in the year 1989. His final years were subsidized by California Welfare Aid.

LaVey’s aura of obscurity and larger-than-life personality loomed over his disciples. A lot of people were quite unhappy with his rigorously strict management laws (such as membership never exceeding more than 2,000 people). This led to the fractionalization of his church. For instance, The Temple of Set was formed after LaVey abolished the system of regional groups or grottos. He had decided instead to sell priesthoods in the Church of Satan in exchange for cash.

Many also dissented from certain principles of LaVey’s and created their own satanic religions. The Satanic Temple is one of these, and considers itself to be a ‘natural evolution of the satanic thought’. They incorporated ideas such as egalitarianism, social justice and the separation of the Church and the State. The Satanic Temple also criticized the original LaVeyan Satanism for its lack of interventionism and political lobbying. LaVeyan Satanists responded by rejecting them as ‘real Satanists’.

The Legend and his Legacy

On 29th October 1997, Anton LaVey died due to complications stemming from pulmonary oedema. His funeral was held in Colma and he was later cremated. His daughter Karla LaVey declared herself his heir and took Anton’s place as the new High Priestess of the Church of Satan. She announced the same in a press conference while disclosing his death. The controversial and charismatic reputation of Anton LaVey lives on through his legacy- the Church of Satan, which continues to draw people into its fold.

Previous Article
Green Flash: An Incredible Meteorological Phenomenon That Occurs at Sunset and Sunrise
Next Article
From Local to International Calls-Evolution of Telephone Codes