Akodessawa Fetish Market: The Creepiest Voodoo Market in the World 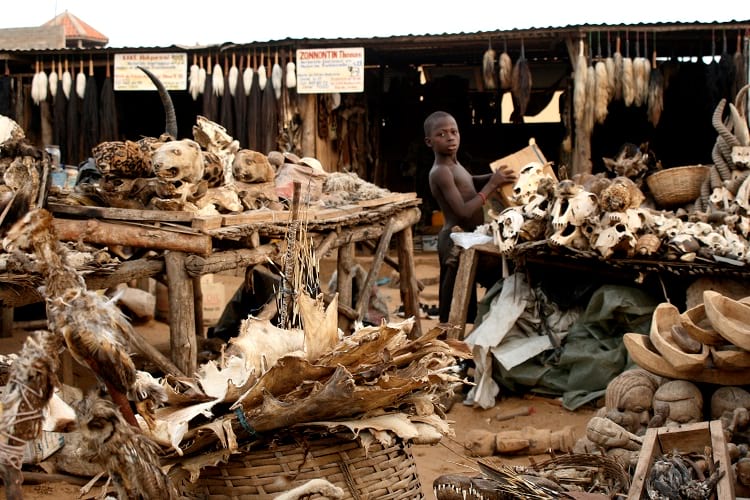 In the West African nations like Benin, Togo and Ghana or in the Caribbean nation of Haiti, Vodoun or Vodou or even Voodoo is thriving.

Vodun means spirit in the Ewe and Fon languages of Africa. The Fon people of Benin or central or southern Togo or even Nigeria and Ghana are said to be practising Voodoo. But Benin is the birthplace and home of voodoo beliefs and culture. Voodoo is formally recognised as a religion in these parts of the world.

Vodun is a distinct form of religion

Vodun is a distinct form of religion when compared to other traditional African religions. It is also the main source of religions having similar names in the African diaspora spread across the Americas, Dominica, Cuba, Brazil, Puerto Rica, and Louisiana.

Lomé, Togo’s capital city is believed to be the birthplace of the world’s largest Voodoo market. Named as the Akodessawa Fetish Market, or Marche des Feticheurs in French language, it is a super supply store for charms, fetishes or a ritual. The market is believed to be the world’s largest Voodoo market. It has annual revenues in the region of $10m.

One can find anything from leopard heads to human skulls in the Akodessawa Fetish Market. One can also find a Vodou (voodoo) priest, who bless and create a fetish or even predict the future. They even make medicines to heal you from any ailment. 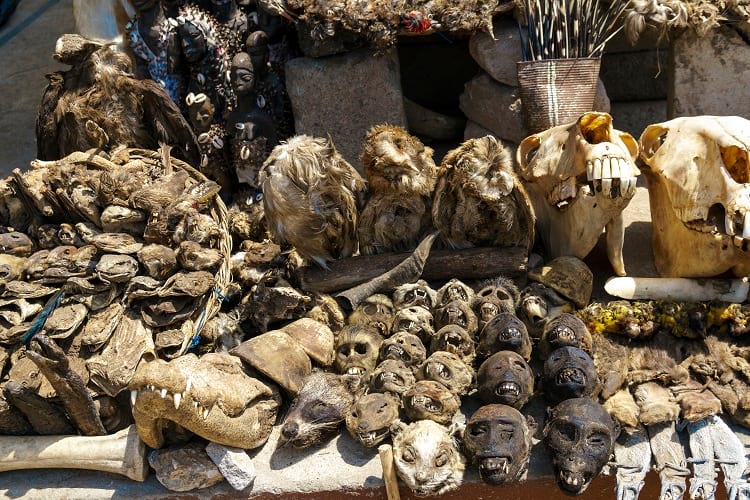 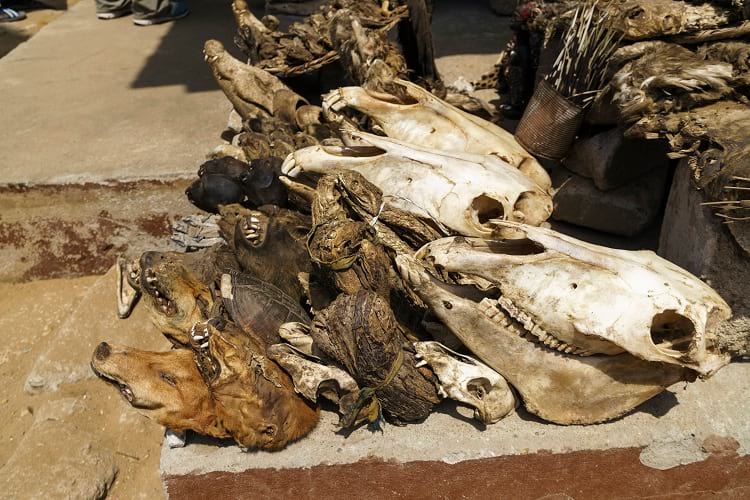 Though Haiti is considered to be the main stronghold of the Voodoo religion, it actually originated in West African nations. Benin’s official religion is Vodoun and it continues to be the largest religion in the region.

Also, the Beninese own and run the Akodessawa Fetish Market, which is the Mecca to local Vodoun practitioners. It is from here the practitioners travel to all parts of the African continent.

Akodessawa Fetish Market is a hospital and a pharmacy

For believers of Vodoun, the Akodessawa Fetish Market is not only a hospital but also a pharmacy. It is also a place where common people go as they cannot afford traditional treatment or it has failed them.

The Akodessawa Fetish Market is also a place where one can find charms and talismans that are good for treating the common flu or even infertility. The simple idea is to remove black curses.

For a person who practices Voodoo every creature, living or dead, is divine and potent. In the Akodessawa Fetish Market, one can find all the creatures including goats, monkeys, leopards, alligators, gazelles, and many others. They are found in various stages of decay. They are stacked up in chilling piles.

Various types of birds, reptiles and mammals can be found here. (And Sloan / Flickr)

Even though the market is in an outdoor location, it still doesn’t suppress the stench. Tourists, who are not used to the idea of animal sacrifice, find it a jarring place. However, the locals, who practice religion, consider this place as a treasure.

Four kilometres from the centre of Lomé city, the market is open from 8:30 am to 6 pm every day. The market can be accessed by taxi or a taxi-moto. However, tourists need to pay a fee for taking photos.

Togo’s Voodoo has a long tradition

Interestingly, Togo’s Voodoo has a long tradition. It is a recorded fact that centuries ago, West African slaves took their Yoruba gods to the Caribbean and South America.

On reaching the new world, the Yoruba gods got mixed with the saints of Christianity and also the symbols of the Catholic Church. Over a period of time, the meaning of voodoo and the African gods changed. Voodoo dolls are sold to believers in order to help them perform rituals. (Dan Sloan / Flickr)

Further, when the families of the former slaves returned to West Africa, they developed their own voodoo cult. The fetish with voodoo can be compared to the Orisha of Yoruba. It is an obsession towards God, a human, a plant, an animal or even some material. These were the people who founded the Akodessawa Fetish Market.

Hundreds of tourists roam the market

In the past few years, tourists have discovered the market. As a result, hundreds of them roam the market on any given day today. The basic reason they visit the market is because of their personal problems. Some of their problems include, childlessness, infertility and marathon runners looking for endurance.

There are people ready to treat visitors facing problems. During treatment at the market, the seller of the materials makes three deep cuts either on the person’s chest or his back. During the treatment period, the so-called patient needs to rub himself with a powder that heals.

Enjoyed this article? Also, check out “Agbogbloshie: Africa’s Largest Ground for Dumping of Electronic Waste from World Over“.

Previous Article
The Tjentiste War Memorial: A Commemoration of Those That Died in the Battle of Sutjeska
Next Article
Pale Blue Dot: The Iconic Photograph Showing How Microscopic But Brilliant Earth Is