The Magnificent Diwan- Life Story of the Most Powerful Indian Statesman of the 19th Century by Bakhtiyar K. Dadabhoy 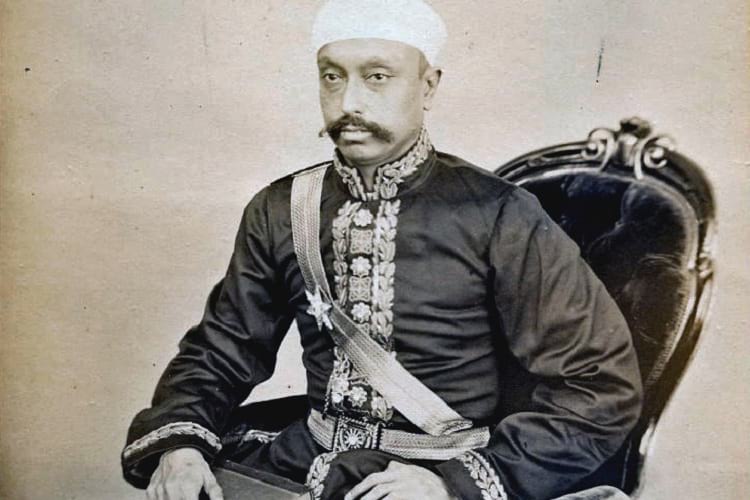 “The Magnificent Diwan” is a story of Mir Turab Ali Khan Bahadur Sir Salar Jung Shuja-ad-Daula Mukhtar-ul-Mulk, widely known as Salar Jung I, Diwan of the Nizam of Hyderabad from 1853-1883. The Biography is authored by Bakhtiyar K. Dadabhoy, as an attempt to interweave Diwan’s political legacy with his personal anecdotes. Salar Jung I played an important role in reforming and rebuilding the Hyderabad state. Thus, he is rightly known as the founder of Hyderabad.

Two of the important events, biographer Dadabhoy discussed in the book, are of the politically ambitious Nizam’s State Railway and the controversy surrounding the visit of Prince Wales to India. Making it an entertaining and interesting read about political manoeuvring and deviousness.

Dadabhoy, writes about Governor of Bombay Sir Bartle Frere’s idea of linking the Great Indian Peninsular Railway via Hyderabad. Thus connecting Hyderabad to Bombay and Madras, and rendering it more accessible in times of need. Although, his ideas were well received by the Secretary of State- Sir Charles Wood; the Governor of Madras- Sir William Denison had his apprehensions.

Meanwhile, The British resident in Hyderabad, Sir George Yule with support from Salar Jung, tried to coerce the viceroy, Lord Elgin, into accepting the proposal of having railway pass through Hyderabad. It would make it easier for the British to move troops and stores from Secunderabad to Madras, Bombay, Poona and Bangalore, he argued. The writer then discusses the nature of apprehensions and what led the Governor of Madras to cave in.

“Wood, for all his reservations, had recognized the value of a line connecting Hyderabad and conceded that such a line would ultimately have to be made. The motivation was almost entirely military, though the economic advantages of connecting Hyderabad with Bombay may have also contributed to the decision.”

As much as Sir John Lawrence, who replaced Lord Elgin as viceroy, agreed to the scheme, the Nizam, Afzal ud Daula, had his doubts. Not so much about the financial aspect—the British wanted him to bear half the cost of building the railway—as the social and political impact the railway line would have on his subjects.

“At first, the nizam was completely opposed to the plan, regarding the railway as the forerunner of undefined evil in spite of Salar Jung’s eloquent championing of the cause.”

He gave permission only after the British government agreed to let him have jurisdiction over the railway in his territory.

The writer then describes how the next few sets of events lead to the foundation of Hyderabad State Railway. And how Nizam was smoothly deceived to bear the complete cost of construction of the railway line.

“Salar Jung watched helplessly as the nizam’s money was used to serve the interests of the British. It would be wrong to say that he cooperated; he merely yielded when left with no choice”

A Storm in an Indian Tea Cup

A little after the muddled proposals for Hyderabad Railways was accept, there brew “A Storm in an Indian Tea Cup” writes Dadabhoy.  In 1875, Prince of Wales visit to India stirred up controversy in Hyderabad. The British wanted the young Nizam, Asaf Jah VI, to travel to Bombay to pay his respects to the royal visitor at a planned gathering of Indian princes. Salar Jung staunchly opposed this on grounds of the eight-year-old Nizam’s delicate constitution.

“While the delicate health of the Nizam was a fact, Salar Jung would, in all probability, have opposed the visit in any case because he did not want the Nizam to pay public homage to the Prince of Wales as his suzerain.”

Resenting this defiance, the British resident, Saunders, hinted at forcing the Nizam to attend the Prince of Wales’ gathering in Bombay. Salar Jung then took the unprecedented step of printing and circulating copies of their correspondence. He even sent them to the Prince of Wales to acquaint him with the situation. Fair-minded Englishmen were outraged by the resident’s bullying tactics.

“The Times of India wrote: ‘To threaten a native sovereign with future mischief if he elects for good reason—or even for no reason at all—to remain away, is a coarse and clumsy way of promoting loyalty and affection amongst those who should be the pillars of our Empire of the East.’”

The British government became alarmed that the Prince of Wales might undermine their prestige by visiting Hyderabad and that he would come under the Diwan’s influence.

“Lord Salisbury observed, ‘Nothing is more remarkable than the influence which Salar Jung acquires over Englishmen with whom he came in contact and the fidelity with which they serve him after they have come home.’”

The whole affair turned out to be a diplomatic victory for Salar Jung, as the Bombay Gazette duly noted, comments Dadabhoy.

“He had managed to show both Aitchison and Saunders in a poor light and had the ‘satisfaction of placing the Nizam before the British public in the now familiar character of the persecuted Indian Prince.”

Today, the name Salar Jung is associated with the Salar Jung Museum that houses artefacts and relics collected by Salar Jung III, the last prime minister from the noble family. Not much is known about his predecessor but the state of Hyderabad is as a magnum opus of Salar Jung I. In The Magnificent Diwan, Bakhtiyar K. Dadabhoy elucidates on his excellent administrative skills that lead to rebirth of the glorious kingdom that we have read and heard about. 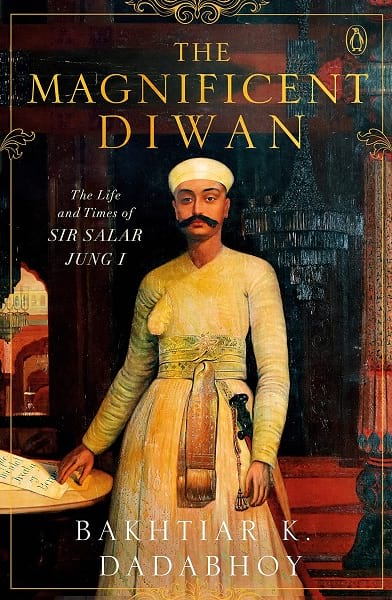 The Magnificent Diwan- The Life and Times of Sir Salar Jung I By Bakhtiar K. Dadabhoy

“This book is not merely a chronicle of Salar Jung’s life but also a history of Hyderabad—both social and governmental—and gives the reader an encompassing view of the man and his world, using his life and work to illumine the period.”

Previous Article
Kintsukuroi: The Japanese Art of Fixing Pottery Reflects a Much Deeper Philosophy
Next Article
The Fascinating ‘Amber Room’: The Fabled ‘Eighth Wonder’ of the World