Anabel Loyd is not new to the world of words. Readers are familiar with her lucid style of writing, thanks to her regular columns in The Telegraph, India. In her new book titled ‘Bahawalpur – The Kingdom That Vanished’, Loyd maps the journey of newly-formed Pakistan and the erstwhile princely state of Bahawalpur.

Conversing with Salahuddin Abbasi, grandson of Bahawalpur’s last ruler, the author brings forth the legends and stories associated with the prosperous kingdom.

In her book, the author mentions the troubling times that fell on Pakistan, post its traumatic separation from India in 1947. Its coffers ran dry and not enough cash was available to pay the new employees that took positions in offices.

“When the new finance minister arrived in his new office in Karachi, the capital of his new country, on 15 August 1947, he found nothing there except one table. The treasury was almost as bare.”

Although Pakistan was to receive Rs 750 million from New Delhi, it ran into immediate debt with no money to pay its army for months. In desperate times, Muhammad Ali Jinnah turned to the Nizam of Hyderabad for help, who had already loaned him Rs 200 million. Jinnah’s close connection with the Nawab of Bahawalpur further yielded Rs 70 million, as a gift to the new State.

“All the salaries of government departments for one month were also met by Bahawalpur. Given Penderel Moon’s concerns about the Bahawalpur state finances, it seems likely that much of the funding was supplied from the Nawab’s personal wealth, or from the confluence that had been of such concern to the British authorities in the past, where state and royal treasuries merged. For a brief period of independence, Bahawalpur was the gift that kept on giving, until it disappeared.”

When Jinnah set up the States and Frontier Regions Ministry in 1948, most of the officers serving in bureaucratic positions prior to partition became governors and commissioners of the princely states. But the accession of these feudatory states into new Pakistan and appointing prime ministers was not an easy task.

“The British, we know, had latterly been particularly keen to have a hand on, if not a hand in, appointments in Bahawalpur, to safeguard their financial interest in the state. The Pakistan government equally wished to exercise a level of control over any state.”

There was a tussle between the British and Pakistan to govern over Bahawalpur as it was the proverbial goose that laid golden eggs. When the princely state finally merged into the country, its wealth was spent on good causes. Either Bahawalpur’s treasury or the Nawab himself funded free education, healthcare and scholarships. During Bahawalpur’s blossoming existence, the literacy rate in Pakistan was the highest. 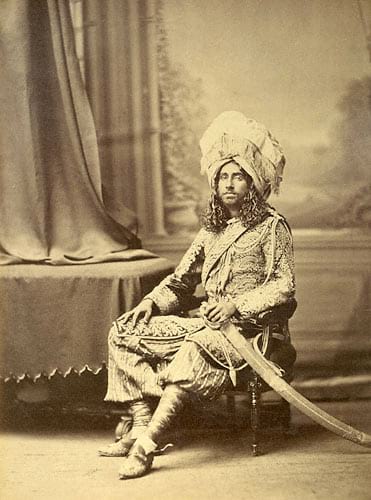 When the chief secretary to the Government of North-West Frontier Province, Sir John Dring was appointed as prime minister of Bahawalpur, it gave way to chaos. Permanent Secretary at SAFRON, Lt. Shah, expressed his displeasure at Dring’s working in a letter addressed to the Prime Minister of Pakistan, Liaquat Ali Khan. He complained,

“Unfortunately he has still not reconciled himself completely to the fact that the British rule has gone and that we meant to do our work in our own way.”

While Dring was closely attached to the Nawab’s cause, Lt. Shah had his own plans. He wanted the people of Bahawalpur to support the government and thus render the Nawab to a puppet carrying out constitutional duties. State assembly elections in May 1949 in Bahawalpur further pushed the Nawab in the pits. The Muslim League had a clean sweep, which gave the central government easy access to implement reforms in 1951.

“In addition to reiterating the nawab’s role as ruler, the four articles of the agreement limited the money the nawab could withdraw from the state treasury for personal use, required him to provide an inventory of his property to the government, and allowed the royal family to retain their titles in exchange for a government guarantee ‘that the method of appointing the heir to the throne shall be in accordance of the laid down rules and traditions of the State.”

As the book progresses further, Loyd explores Bahawalpur through the standpoint of Sadiq Mohammad Abbasi’s grandson Salahuddin Abbasi, who reminisces the good times he spent with his brother during his formative years. Sadeq Mohammad Khan V at the age of 15. He became the Nawab of Bahawalpur State at the age of three after his father’s death. (IWM Collections)

“They had their own private room with bathroom and two servants in adjacent accommodation. They were close enough to the swimming pool to sneak out for a cooling swim in the hot weather, and there were Saturday afternoon bicycle excursions to the cinema in Lahore. They enjoyed themselves…”

Salahuddin also narrates the harsh times that befell the kingdom after the last ruler’s demise. And how the government of Pakistan began meddling with its heritage.

“He had grown up the dutiful son of one strong man, later to be used by others whom he had little power to resist. On the contrary, it appeared imperative to work with and for the leaders of his country if he was to save what he could of the Bahawalpur heritage…”

The author also comments how the kingdom was eventually torn between the new ruling forces at the centre,

“Between President Ayub Khan and President Asif Zardari, a lot of the hopes of the people of Pakistan as well as the lifeblood of the former state of Bahawalpur had drained away.”

Anabel Loyd’s ‘Bahawalpur – The Kingdom That Vanished’ gives a detailed account of downfall of a flourishing princely state. She paints a clearer picture of the stressful times in Bahawalpur and Pakistan’s efforts to keep the state’s rich legacy under wraps. Loyd’s thorough research and Abbasi’s personal touch make it an interesting read. 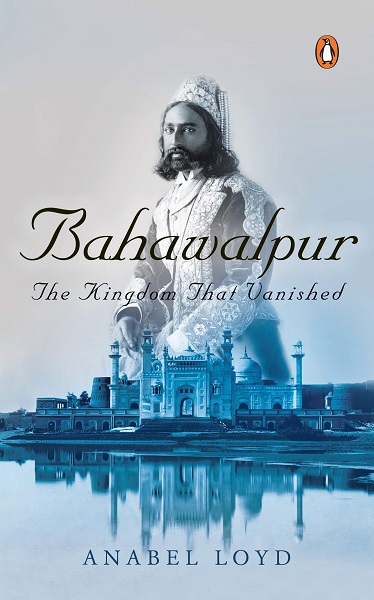 Bahawalpur- The Kingdom that Vanished | By Anabel Loyd

Previous Article
The Quirky Palate and Gourmet Adventures of Charles Darwin
Next Article
Transylvania: Home to Dracula, the Barbarians and the Path Breaking Architecture