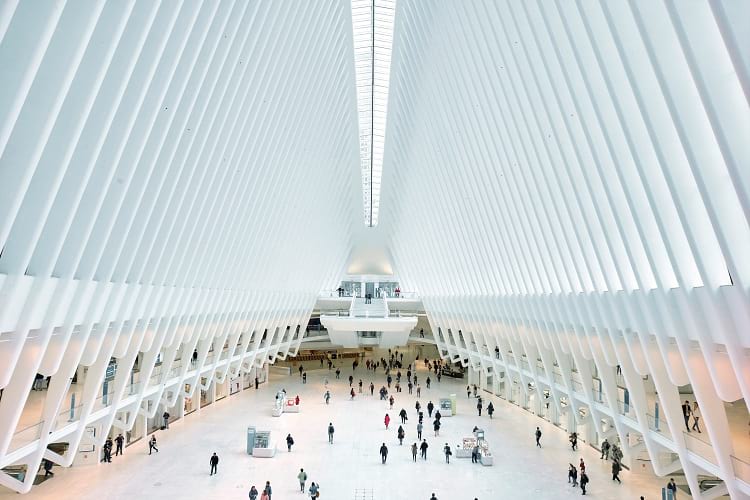 The World Trade Center Transportation Hub is a huge terminal station, which was conceptualized by a Spanish architect of international repute. Although not as big in comparison to the Grand Central Station, this train terminus in New York became one of the most talked-about transportation hubs, right from the time it was announced. But what set this new structure apart was not just its design but also the cost that went into erecting it. New York City and specifically Manhattan became the beneficiary of an expensive gift that not just shocked the world but also left people open-mouthed and wide-eyed in amazement.

The Port Authority Trans-Hudson or PATH is an underground subway system, which serves between the cities of Newark, Hoboken and Jersey City in the North American state of New Jersey, and also plies through Harrison Town in the same state. The metro line also connects Manhattan city in New York to these cities. The PATH transportation system is located in the World Trade Center complex and it was destroyed in the attacks of 9/11 along with the Twin Towers. Established in 1962, as a subsidiary of The Port Authority of New York and New Jersey, the rapid transit system links Manhattan to its neighbouring cities and serves commuters twenty-four hours of the day on all seven days of the week. Although the PATH terminal was officially opened for public in the year 1962, it had started test riding from the year 1907 onwards.

After the Twin Towers came crashing down and the underground transit system was destroyed in 2001, a Spanish architect, sculptor and designer of international repute, Santiago Calatrava, came up with the idea of building a transportation hub in the same place. After four years of speculation, in 2004, Calatrava made his design of the new transportation center public, which was soon to become one of New York’s iconic landmarks. Known for his daring pieces of work across the globe with designs of railway stations, museums and stadiums that resembled a living organism, Calatrava decided to give the new hub a form that would signify freedom and peace and was also a symbol of rebirth. In his view, the new place would become Financial District’s answer to Manhattan’s Grand Central Terminal Station. And that is how the centerpiece – Oculus – with multi-level concourses came into being, becoming the most expensive train terminal in the world. 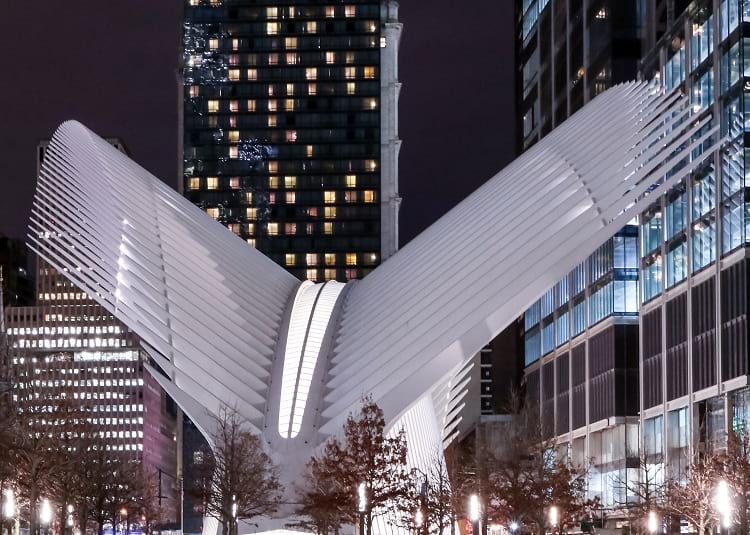 The World Trade Center Transportation Hub is entirely made out of glass and steel. The giant, interlocked and ribbed, white structure, resembling a dove in flight, called Oculus, overlooks the National September 11 Memorial. The structure comprises of a huge street-level hallway in the form of Oculus, a large second-level concourse (or open space) used as walking spaces and a lower level concourse that serves as subway stations. 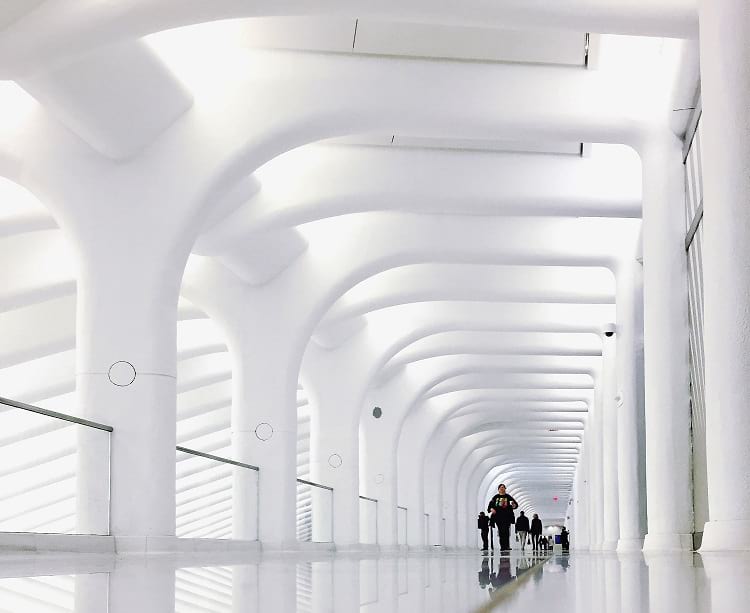 A huge underground mezzanine (or balcony) makes way for shops, restaurants and also provides access to train platforms, ticket vending machines and ATMs. The lowest level platforms, which connect to PATH railway lines, have train stations, where metros ply to and fro to island platforms and side platforms for commuters’ ease. 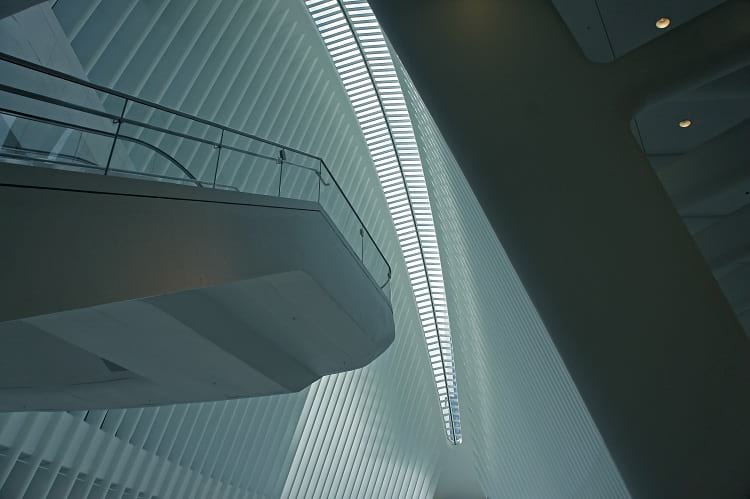 The transportation hub serves 250,000 visitors daily and draws millions of annual visitors from around the globe. The oval-shaped building measures 350 feet in length and is 115 feet wide. The World Trade Center Transportation Hub is roughly spread in around 800,000 square feet space and it connects the states of New York and New Jersey by underground trains and railway network. The Oculus also doubles up as an indoor pedestrian crossing for commuters going towards the Freedom Tower.

A panoramic view of the area heading towards the subway. (Pedro Szekely / Flickr)

Although Calatrava hoped to make the Oculus and the World Trade Center Transportation Hub an icon of the tragedy that struck years ago, the building came under heavy criticism from the public and media alike. It received a lot of flak for running behind schedule and also because it was overrunning the estimated budget of USD 2 billion. Already planned on a grossly expensive budget, the transportation center ended up being constructed at an astronomical cost of approximately 5.2 billion US dollars. The entire structure neared completion in 2016, which was otherwise supposed to open in 2009, and it finally opened to the public on the 4th of March. Delayed by seven years, the transit system made it difficult for public transport, while it was under construction. Common people criticized the finished building as a waste of public money and also said that the structure appeared more like an ugly stegosaurus than a gracefully flying dove.

While Calatrava’s office said that the project was taking longer to finish, it explained the reasons for the delay. His personnel stated that the complexity in the structure resulted in the postponement and the advanced technology used in constructing the unusual-appearing building was costing the company more than the stipulated amount. The installation of green technology, superior quality security systems and limited resources added to the financial burden. However, as New Yorkers got more accustomed to the daily commute through the new structure, they started accepting the building as their own.

Whatever be the reasons, the costliest train terminal in the world will always be a gift of love to New Yorkers. The World Trade Center Transportation Hub and Oculus will remind people of their triumph over tragic times, each time they cross paths through it.

Enjoyed this article? Also, check out “Maharajas’ Express: An Ultra-Luxury Indian Train That Redefines the Experience of Travelling“.