Sir Edward Watkin was a powerful MP (Member of the UK Parliament) and an even more powerful entrepreneur who drafted plans for a great tower called Watkin’s Tower, so great that it would eclipse the legendary Eiffel Tower in Paris. His 1,175 feet high structure would be erected in the outskirts of London, in an area called Wembley Park and be branded as the Great Tower of London. Yet, another moniker for the tower was Watkin’s Folly, foreseeing the problems which lay ahead as it was eventually demolished in 1907 with only part of the assembly completed. Even so, the site would become a much-visited location, lending home to the English national football team’s stadium – the infamous Wembley.

Sir Edward Watkin: The man, himself An extremely rich individual would be an understatement to a man who was chairman of nine railway companies including the New York, Lake Erie and Western Railroad in the United States of America. Edward was born in 1819 in Salford, Greater Manchester and was given a head start in life as his father Absalom Watkin ran a successful cotton mill. After becoming a joint venture in the cotton industry once he reached the age, Edward later co-founded a newspaper – The Manchester Examiner. His ambition and subsequent wealth brought about many projects such as a channel tunnel connecting England to France as well as the MR (Metropolitan Railway) – a transport idea which would evolve into the modern day London Underground Metro System. The first and the oldest metro system in the world.

Construction of the Watkin’s Tower

Watkin purchased Wembley Park with the aim of turning it into an amusement park. A big reason was believed to be a carrot-on-a-stick for travelers, many of whom on trips from the capital. His first job was to install a subway station for easy access to the Watkin’s Tower, the biggest attraction, which would gift visitors a panoramic view of the lands around London Town. To create a replica of the Eiffel tower, then who better to enlist than the architect who designed it. Gustave Eiffel was approached and offered a healthy sum but instantly declined as he was worried what the French people would think of him if he built a similar design in England.

Instead, an open design competition was staged with 68 unique designs submitted. Some of which ranged from the ridiculous to the sublime. 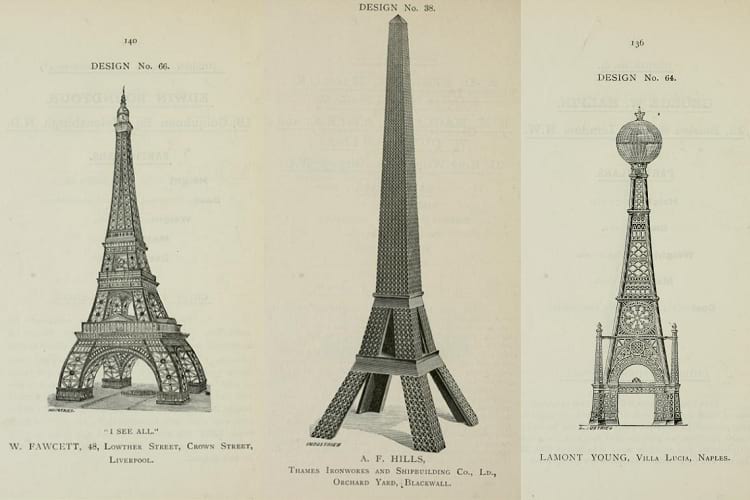 “One tower, twice the height of Eiffel’s and costing a projected £1m, was modelled on the Tower of Pisa, without the leaning. One involved “a captive parachute (to hold four persons)”, another had a spiral railway winding round its shell. One was a vertical village, containing flats, offices, pubs, courts and a library. Another, incorporating a temple and a 1/12th-scale model of the Great Pyramid of Giza, was conceived as a colony of aerial vegetarians, who would grow their own food in hanging gardens.”

The suggested names mirrored the ambitious nature of the creation,

“Circumferentially, Radially and Diagonally Bound Tower, another the Muniment of Hieroglyphics Emblematical of British History During Queen Victoria’s Reign Tower. Both were soon eliminated, perhaps on the grounds of being unspeakable.”

Three men from London won the competition: Stewart, MacLaren and Dunn who devised an eight-legged beast double the amount of the Eiffel Tower. To assist in bringing their construction to life, Watkins formed the International Tower Construction Company. Benjamin Baker was at the head – an engineer with an impressive portfolio – one of the brains behind the famous Forth Road Bridge in Scotland and the Aswan Dam in Egypt which protects the Nile River from flooding. 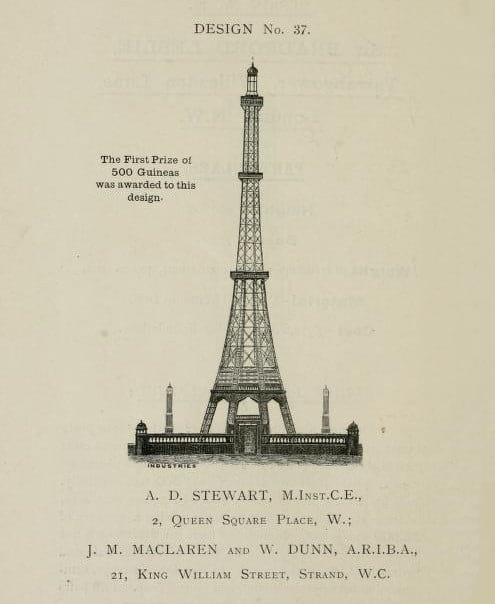 In 1891, construction started and the plans were in the place for a tower packed with lavish amenities. It would have an extra floor compared to the Eiffel tower.

“It encompassed restaurants, shops, promenades, Turkish baths, a theatre, a meteorological office, a sanatorium, a science lab and, on top, an observatory, “because freedom from mists at that altitude would mean the stars could be clearly photographed”. The park would have a boating lake and a waterfall.”

The park became a powerful attraction and droves of crowds started to appear even before the tower had been finished. After the first stage took shape however there was already sinking signs of subsidence. This was due to cutbacks, bringing the tower down from eight legs to four for example to save some money. This was brought about by Watkins retiring due to ill health and public funding, which was needed for the tower. Watkins had hoped to receive funding from the government but was denied. Subsequently, the company went into liquidation in 1899, Edward Watkins passed away two years later and the remnants of his masterpiece were completely destroyed by 1904. Wembley Park still flourished after these events mainly due to the various amount of sports clubs within its grounds. The International Tower Construction Company became the Wembley Park Estate Company as they turned their attentions to residential projects to improve their fortunes and recoup their losses. Ultimately, Wembley Park became one of the most famous areas in Britain and its primary attraction known the world over. This is the British Empire Exhibition Stadium – the company who bought the land from Metropolitan Rail – or rather, what would later become Wembley Stadium. At its conception, the venue built on the foundations of Watkin’s Folly held 125,000 people. It has since hosted the 1948 and 2012 Olympics with the underground station introduced by Watkin still proving to be a much used and integral hub.

His legacy was initially remembered by a local bar and restaurant – quite literally – named Watkin’s Folly. Although perhaps apt to the name also is the fact that the amenity was closed down in 2018 to reflect the fate of the tower.

Even if his own failed, Watkin led the way for other towers to be built such as Blackpool Tower in 1894. It is the beacon of a place many consider to be the Las Vegas of England. 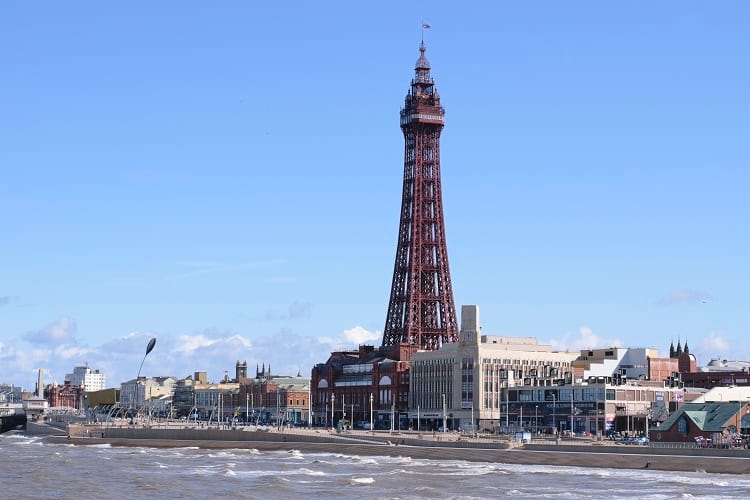 Watkin was a pioneer for these grand-scale creations which have taken the world forward in a technological sense. A truly ambitious man, growing up with wealth was simply a catalyst for a lifetime of amazing achievement.

View all the designs