Water Wives of India: Denganmal in Maharashtra, Where Men Have Multiple Wives to Fetch Water 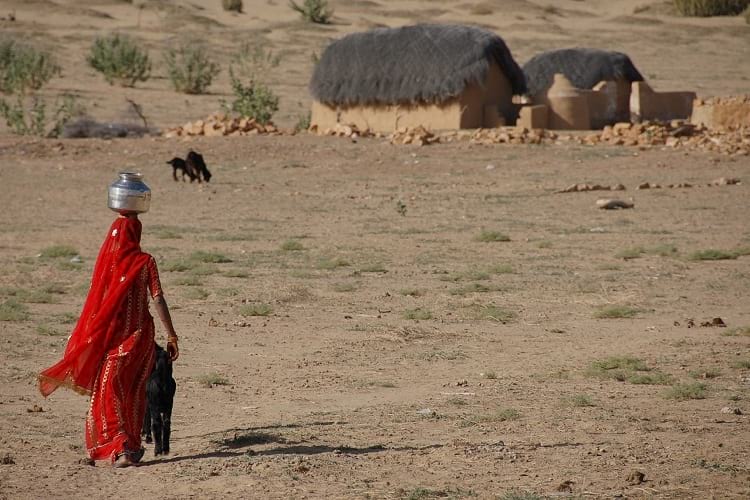 Water is a basic necessity and one of the most important elements present on Earth. However, every continent today is facing water scarcity in some form or other during a certain period each year.

Many people all over the world do not have access to clean drinking water and sometimes, even water. This situation is seen, year after year, in drought-hit areas of India. Maharashtra is one of the states in the country where several districts experience drought, every year. One village came up with an unusual solution to the shortage of water – indulging in polygamy. Having more than one wife to procure water, termed as the ‘water wives’.

The tradition of ‘water wives’

A small village in the western province of Maharashtra, Denganmal, is a parched land surrounded by rocky terrain. With a population of roughly 500, the village has no water pipeline connections. Add to it the fact that it lies in the region which experiences drought in the hot summer months.

Cut off from other villages, the only source of water available to the villagers is the Bhatsa dam on a river or a well. Both are situated so far away that, a to-and-fro journey takes nearly 12 hours. Not only is the trip arduous and long, but also time-consuming, leaving little or no time for other chores.

Most men of this village, are farmers or farm hands. With the men away from home the entire day, all household chores fall upon the woman. Taking care of children, cleaning, cooking, and other everyday jobs become impossible to attend to by the women if fetching water takes up most of their day. Moreover, the women and children are also expected to help out in the farms during the cropping season, July to October. This led to the most convenient solution at hand, marrying another woman whose sole responsibility is to fetch water for the entire family. Hence the term, ‘water wives’ or, as they are more commonly referred to, ‘paani bai’.

The exigent life of a ‘paani bai’: boon or bane?

As per the government’s estimate, more than 19,000 villages in Maharashtra did not have any access to water in 2014. Each year, the situation only gets worse. In 2018, Maharashtra Chief Minister Devendra Fadnavis in his Independence Day speech claimed that the state government had successfully made 16,000 villages drought free out of 25,000 villages. Having achieved this under the Jalyukt Shivar Abhiyaan (farm full of water scheme), Maharashtra will be drought-free by 2019, according to him.

Meanwhile, people of this small village have chosen the ‘paani bais’ to resolve their problem of water scarcity. The water wives leave at sunrise, trudging through the rocky terrain, through the hills, to the river or well; all this in the smouldering heat of summer. Each vessel holds 15 litres of water and each woman carries 2 to 3 such vessels.

The first wife is the lady of the house who shoulders the responsibility of bearing children, taking care of their needs, other household chores and duties. Whereas, the water wife is often, either a widow or, an unmarried woman whose dowry could not be afforded by her family. These women lead an ostracized life in the Indian society, discriminated and not allowed to participate in social norms. By becoming water wives, they regain their marital status and are accepted as a part of the society, again. Whether it is a boon for them or not, is something that does not cross their minds, as long as they are provided for and accepted in the family.

A tale of three wives

The largest family in the village is of Sakharam Bhagat. Along with his first wife Tuki, he has six children, three sons and three daughters. Quite evidently, it became increasingly difficult for Tuki to manage the water procurement with a growing family. Being away from home and children for 12 hours a day was definitely not feasible.

Sakharam approached Sakhri, who had been deserted by her husband. The arrangement being that in lieu of a respectful marital status and her needs taken care of, Sakhri would fetch water for the family.

Sakhri would diligently traverse the distance to ensure there was sufficient water every day, for the household. Being a part of a large family of 9 people, there were days when she was getting nearly 100 litres of water in one day. Unfortunately, age began to take its toll on Sakhri and she gradually found it difficult to execute her daily water task. Sakharam decided to take in a third wife, a young widow of 26, Bhaagi, became a part of the household as a water wife, and Sakhri started helping out on the farm.

The village panchayat saw no reason to object as it meant the start of a normal respectful life for the two women who had otherwise been cut off from society. Moreover, Sakharam was not the only man to have more than one wife. There were others in the village who were known to indulge in the practice of a ‘paani bai’. Though she is looked after by the husband and his family, she has no share in his property.

The one thing that keeps an unusual family like this, together, is water.

Enjoyed this article? Also, check out “The History of Breast Tax and the Revolt of Lower Cast Women in 19th Century Travancore“.