Verkhoyansk: Sitting on Permafrost with a Temperature Range of 105 Degrees Celsius 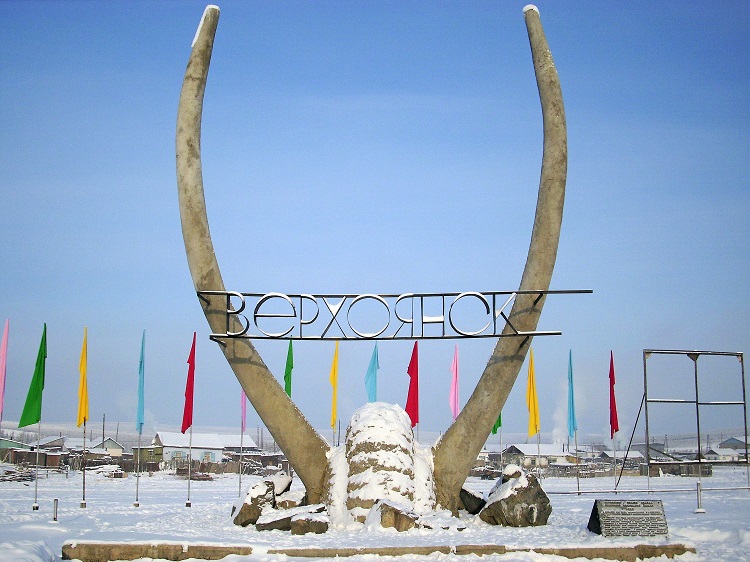 Mother Russia, as the nation is colloquially called, is known for its many extremes. Falling right under the Earth’s North Pole, with a majority of its northern areas in the Arctic Circle, Russia experiences extremely cold temperatures throughout the year. Two of the populated places ever to go on record as the coldest in the world are Oymyakon and Verkhoyansk, both in Russia, where bone-chilling winter temperatures make it almost unfit for human occupation. But what sets Verkhoyansk apart is the extreme temperature difference of 105 degrees Celsius that the town experiences between the summers and winter months.

Verkhoyansk was founded by the Cossacks or Ukrainian Kazaks (meaning adventurer in Slavic language), which were a group of travelling, Slavic-speaking people, who were the first ones to set foot in Siberia in the mid 1600s. In the year 1638, just a year prior to Russia’s Siberian occupation, the Cossacks built a small, wooden, military fort in the northern areas, a little further from Yakutsk, which was manned on several occasions. They named this fort “Verkhoyansky”, which in the Russian language meant “the town on Upper Yana”. They colonized most parts of northern Siberia and Russia and along with it, the parts of Verkhoyansk, as we know it today.

Later in 1937, when geologists found gold and other minerals buried deep in the frozen lands, it became a tactic to punish the enemies of the state. When Joseph Stalin’s governance was at its peak in the Soviet Union, many political prisoners were sent to forced-labour camps to extract precious minerals from frozen underground mines. These labour camps were (and still continue to be) known as gulag. Verkhoyansk was one of the major labour campsites, where political prisoners were exiled to bear the harsh weathers as part of their punishment.

Geographical location and topography of Verkhoyansk

Verkhoyansk belongs in the Sakha Republic of Russia and is a part of the Verkhoyansky District. It lies further north from Yakutsk, the capital of Sakha Republic. As its name suggests, it is situated on the upper reaches of the Yana River, which flows through this area. The town of Verkhoyansk falls in the Arctic Circle, which is an imaginary line, far northwards and parallel to the Earth’s Equator in the Arctic region. 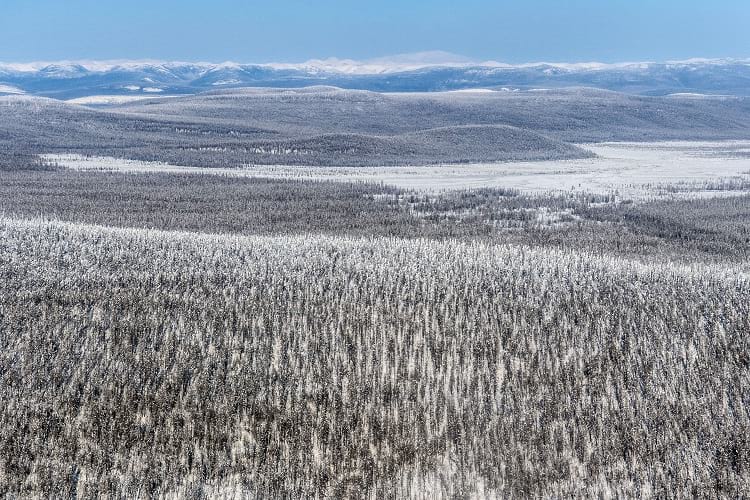 A memorial called The Pole of Cold welcomes people into Verkhoyansk. Considered to be the coldest (along with Oymyakon), where the lowest temperatures have been recorded to date, Verkhoyansk twice had a record low temperature of 67 degrees Celsius below zero (although fluctuating between minus 60 and minus 67) in the years 1885 and 1892. Verkhoyansk is also a part of the Frigid Zone, where temperatures can abnormally fall below the regular range during the already harsh winter months. Scientists studying the area say that more than half of Russia sits on permafrost and some places in Siberia, including Verkhoyansk, can have frozen grounds as deep as 1500 metres below the surface. While Oymyakon fights it out with Verkhoyansk for being the coldest inhabited place in the world, Verkhoyansk has a special Guinness record to its credit.

Life of people in Verkhoyansk

With a handful of people living in the extreme weather, the 2010 Census recorded a population of approximately 1300 in Verkhoyansk. Descendents of political prisoners from the Soviet era, along with a few Yakut hunters, make up Verkhoyansk’s total population. Along with the town of Oymyakon, Verkhoyansk is one of the coldest places on earth to still remain inhabited despite being in a state of permafrost.

Modern technology is of no use in this harsh climate and so people rely on experience to beat the chills. At minus 67 degrees Celsius, there is absolutely no humidity in the air, which causes any water vapour particles to sublime into ice dust. This is also one of the reasons why there is continuous thirst in the region, causing coughs. Locals mostly suffer from pneumonia and bronchitis and other breathing-related disorders.

The temperatures are so low that metals can break easily and cables can become so frozen that they can snap on their own. Writing ink freezes the moment it oozes out of nibs, while dry cells do not last for more than a few minutes. Another major problem that people in Verkhoyansk face is a proper burial site for their dead. The frozen ground is difficult to dig and so fires are lit and coals are burnt in them, which in turn, melt the ground below them. The process, which may take roughly three days, is repeated until a grave is ready to bury a corpse.

A cellular tower dots the frosty landscape in the town, which allows people to access the Internet on a regular basis. Running water, supplied in pipelines at a very high speed to prevent the pipes from freezing solid, is not potable. As a result, drinking water is quite a rarity in the area. People cut huge blocks of ice from the rivers, which is later thawed and used for drinking. Many buildings lay abandoned, for people have moved to cities in search of a better future. Local people mainly commute on foot, wearing thick furs, obtained from Yakut horses that are commonly found in this area. Those that can afford motor cars, keep it running all day, for fear of vehicles breaking down until winter is over. People rely on the small Yakut horses for its meat and also eat fish from the frozen rivers. 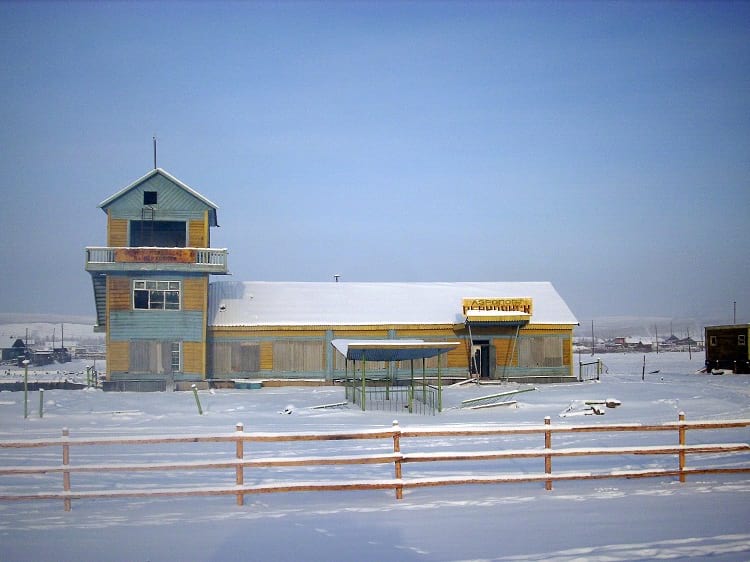 Verkhoyansk has a small airport, which connects the main city of Yakutsk to this tiny, frozen and dry town. A river port brings in supplies for people as and when needed. Airline tickets in Verkhoyansk cost a bomb and many locals prefer to stay in the town itself, although the younger crop now has aspirations for a better city life.

Though life is not so good in the small town of Verkhoyansk, frozen at 67 degrees Celsius below zero during the winter; a hot summer day at 38 degrees Celsius is no relief either. Fighting an extreme temperature range that is nowhere experienced in the world, Verkhoyansk still continues to move on in the ice-covered land at a very, very sluggish pace.

Previous Article
The Manchineel Tree: One of the Most Toxic and Dangerous Tree in the World
Next Article
Euphonia: The Sad Story of Joseph Faber and His Creepy Machine That Made Ghostly Sounds