Ushuaia: The World’s Southernmost City, Where End is the Beginning As the earth rotates on its own axis, at least two points on its rotational axis remain fixed, or relatively fixed. These are north and south. With a fixed ‘south’, the earth can verily have a ‘southernmost’ city. Welcome to Ushuaia, the world’s southernmost city. It is the capital city, as well as the port, of Tierra del Fuego (Land of Fire) Province, Argentina. Ushuaia, in Yamana lingo, means ‘deep bay’ or ‘bay to background’. Located on the southern tip of South America, it is a popular tourist destination with an easy approach to the sea, mountains and forests. Situated on the shoreline of the Beagle Channel, Ushuaia is surrounded by Martial Glacier and snow-covered Andes Mountains. It is an astounding mix of nature’s bounties. Adding to it is the thrill of being in a city at ‘the end of the world (fin del Mundo), and the excitement of visitors is easy to understand. Most tourists pose for photographs with a signboard saying ‘we have reached the end of the world’. Civilized settlement in this tribal, uncivilized area began with English missionary Waite H. Stirling in 1870. The Argentine Naval base was set up in 1884. The Tierra del Fuego island groups were divided between Argentina and Chile in 1993. The same year, Ushuaia was categorised as a city. 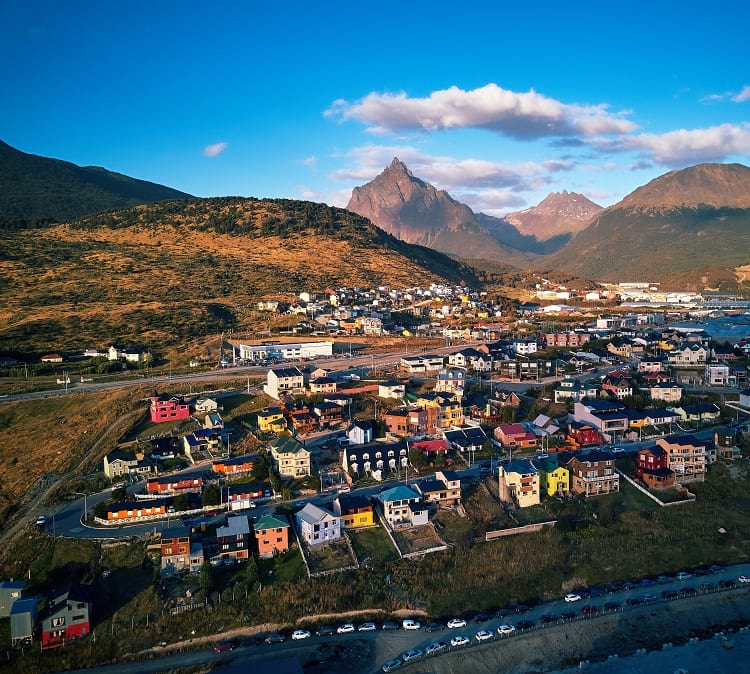 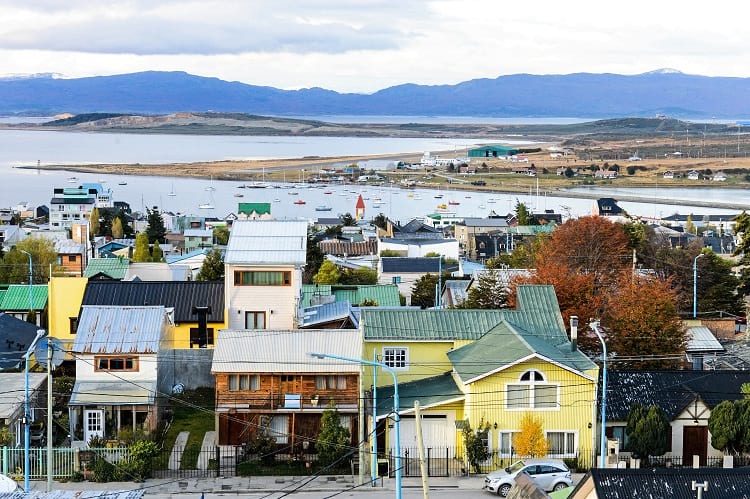 The economy of this southernmost city on earth is based on woodcutting, sheep rearing, fishing, and ecotourism. A roadside signage reads: ‘Ushuaia End of the World Beginning of Everything’. Indeed, for the locals of this region, Ushuaia is the beginning of the world, and not the end of it. The city, at the latitude of 55 degrees south, is closer to the south pole than to the north of Argentina and Bolivia. Here, even the summers are cool, as the temperature never exceeds 17°C. In a span of 24 hours, one can have a fulsome feel of all the four seasons: summer, winter, rain and spring.

A large area on the Argentina side of the Tierra del Fuego (Land of Fire) is occupied by Torre Del Paine National Park. The park can be reached with a 40-minute ride on Tren del Fin del Mundo (End of the World Train). The National Park offers an exciting interface with subpolar climate, resulting from the combined effect of waterfalls, lakes, glaciers, forests and mountain peaks. Patagonia, the place touching 3 oceans (Pacific, Atlantic and Southern Oceans) and shared by Argentina and Chile, is another attraction. Patagonia is a thinly populated area with a rich spread of the mountain range, desert, plains and grassland. See penguins and wildlife at the lighthouse

Another must-see is a lighthouse in the northeast of Les Eclaireurs Islands, called Light House at the End of the World (Les Eclaireurs). It is a 33-foot-high cone-shaped brick structure in red and white. Located at a distance of 5 nautical miles from Ushuaia, it was built in 1920. The solar-powered light flashes every 10 minutes from this tower, guiding ships in the area. Boats sailing in Beagle Channel halt at the lighthouse, so that travellers can see the penguins and the wildlife from a close distance. 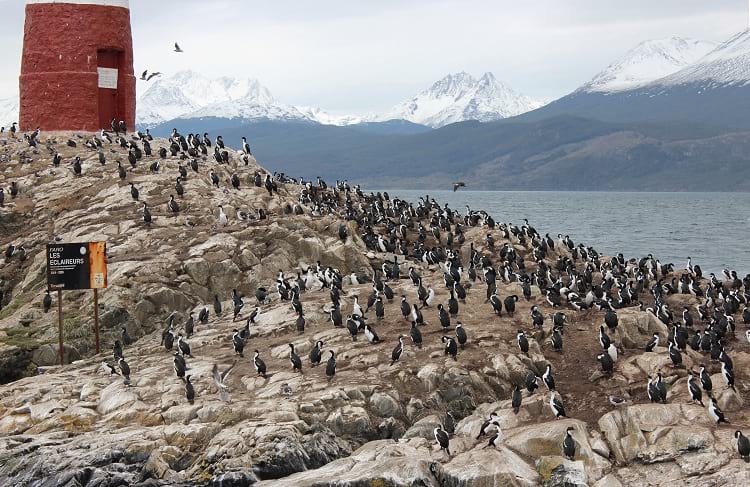 Charles Darwin too went on an Antarctic cruise

Beagle Channel, the strait that separates Tierra del Fuego from other islands, is a navigable link between the Atlantic and the Pacific Oceans. Antarctic cruise via this channel offers a fascinating view of sea lions, penguins, and Peale’s dolphins. Albatross and many southern seabirds are also sighted. The channel is named after the Royal Navy Survey Ship – Beagle, which sailed into the channel for the first time. The second visit of the ship, Beagle, was historic as the famous scientist Charles Darwin was on board. A glacier-fall at one place could have sunk the ship, but timely action by Darwin and his colleagues saved it. Pleased at Darwin’s presence of mind, the ship’s captain named the place as Darwin Sound.

Prison, now a museum, was built to attract human settlement

The Ushuaia prison, built in 1896, is an important destination. For long, Ushuaia was used by the Argentina government as a penal colony. Criminals and state offenders were sent here to serve the jail sentence. The aim of setting up a prison on the island was to encourage human settlement. People managing the jail populated the area and it was expected that in time the population would rise. But it didn’t. Efforts to jack up the population were made again in the 1970s and 80s, by offering tax rebate. That did attract settlers to some extent. Government efforts continue even now, but inclement weather is a big drag for the newcomers, especially for the ageing and the older. As of now, the prison houses Museum of the Ex-Presidio showing prisoner’s stories written on walls. The prisoners lived in atrocious conditions. It was indeed ‘end of the world’ or even worse for them.

Why the name ‘the land of fire’?

Ushuaia has come a long way from a tribal land where early European explorers saw heavy smoke billowing. Accordingly, they named the island the land of fire (Tierra del Fuego). The smoke emanated from fires lit by the tribes living there. These tribes, the Selk’nam, the Manek’enk, the Kawesquar and the Yamana are almost extinct now. A few Kawesquar though can be seen in Chilean villages.

Thanks to the flourishing tourism industry, Ushuaia is now a vibrant city famed all over the world for its scenic beauty and natural resources.

Previous Article
Under the Sea: Do Fishes Dream?
Next Article
Wave Rock: Where a Massive Prehistoric Wave, Just About to Break, is Etched Permanently in Stone