Trepanation: Unusual Medical Procedure of Drilling Hole in the Skull 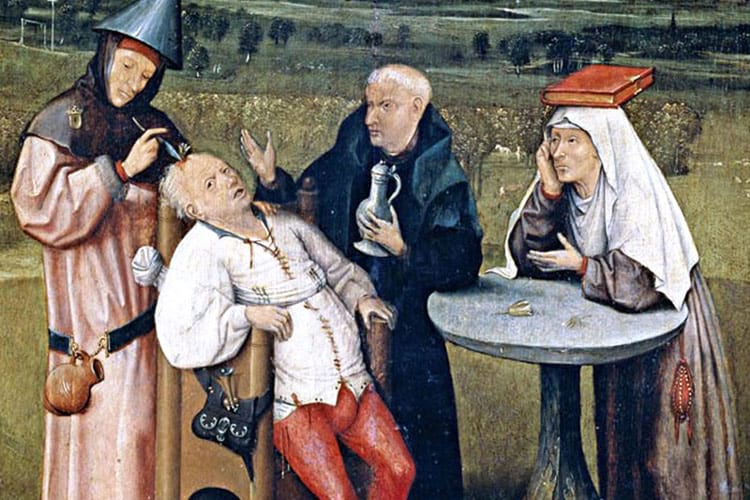 The world is a bizarre place at times. And that is a severe understatement. For many, they cannot envisage some of the extreme things people do alas people will resort to extreme things when in desperate need. Some of the most pioneering events in the world have come from this precedent after all. Perhaps that was the case for Amanda Feilding, an English woman with a penchant for LSD who drilled a hole into her skull. This procedure is called Trepanation where a hole is made into the top of the head. It is meant to be a way to heal naturally from a variety of different neurological problems. That being said, even with no problems people have ‘Trepanned’ to achieve a heightened mood and state, or to open the mind so to speak.

Popular publication and now TV Channel VICE met Amanda Feilding, the one to have tried Trepanation. She carried out research with her directorship called the Beckley Foundation who experiment with psychedelics such as narcotics. She would later turn to Trepanation, influenced by a Dutch scientist called Bart Huges.

History and benefits of trepanation

An individual preaching something as extrovert as this would need to experience it first hand to be taken seriously. After being unable to find a doctor willing to help, Feilding did so, using an electric drill which required, according to Amanda meticulous planning. She claims that her natural state improved but not massively.

Furthermore, she noticed a great change in one of her friends who had the operation. When once prone to weekly migraines he hasn’t suffered one in thirty years since. It must be mentioned that there is a medical reasoning behind the practice. The skull does not give the brain enough room to fully pulsate which puts a lot of strain on the individual and creates pressure points.

Feilding’s goal is to make the practice legal which began with an attempt to make it available on the NHS – the UK’s National Health Service. However, she later claimed that was more of a publicity stunt. She is looking for more volunteers to experiment on, which would make it more accepted in the medical fields.

Amanda Feilding is far from one of the first humans to try this. The more we learn about history and prehistory the more we uncover what is an ancient practice. It emerged that it dates back to 10,000 BC. Thousands of skulls have been unearthed from a burial site in France dating from 6500 BCE with 40 out of the 120 total recovered skulls there having trepanation holes. The motives then are less known but it seems – as today – the aim was to cure pain as many show injuries or diseases around the holes. Religiously speaking it was also used to cast out the devil or let in light. African tribes today show us a vision of the past in these aspects. In more modern times trepanation spread to the Orient with Tibetan monks and Shivu, the Hindu God who are considered as early practitioners of it. It then continued to Ancient Greece – a cornerstone of civilization where Hippocrates (Greek physician) used it to drain the blood of patients. Also in Rome – another ancient powerhouse – and Greek physical Galen who lived in the Roman Empire. He implemented it in his medical tests to release pressure. It was there it got its name from the Latin verb ‘Borer’ – to bore. That is the most likely reason however an instrument designed to aid Trepanation called ‘Tre Fines’ is another theory, meaning three ends.

Recently with advancements in technology and medicine, the popularity of Trepanning decreased as the high mortality rate put people off the idea. Craniotomy is a similar practice but the part of the bone removed from the skull is replaced once the surgery is complete. Trepanation is one of the first, if not the first surgical procedure in history. Its success is apparent in several cases but its failures are crucially debilitating to the overall acceptance of the practice. None the less, pioneers like Feilding continue to fight to have it respected. Perhaps this is a case of what was left in the past should remain in the past. On the other side, if you don’t try then you’ll never know as the saying goes. Any volunteers?

Enjoyed this article? Also, check out “Phineas Gage: The Miracle Man with a Hole in his Skull who became a Major Breakthrough for Neuroscience“.

Recommended Read:
1. The Mechanisms of Brainbloodvolume (1964) | By Bart Huges
2. Holes in the Head: The Art and Archaeology of Trepanation in Ancient Peru | By John W. Verano

Previous Article
Champawat Tiger: The Killer of 436 Humans is a Case of Animal-Need Pitted against Human-Greed
Next Article
Project Loon: A Series of Hot-Air Balloons in the Stratosphere That Bring Connectivity to the Remotest Places