The Tiger Temple, also known as Wat Pha Luang Ta Bua Yanasampanno, was a Theravada Buddhist Temple located in Thailand’s Kanchanaburi province. It was established in 1994 as a forest temple and a sanctuary for Indo-Chinese tigers and other wild animals. The temple has been accused of mistreatment, abuse and trafficking of tigers by various animal rights groups since its establishment. Reports also suggest that the Tiger Temple served as a clandestine tiger-breeding facility, which is illegal in Thailand. Also, it violates the CITES (Convention on International Trade in Endangered Species) treaty to which Thailand is a signatory.

The initial success of the Tiger Temple

Initially, the Tiger Temple was a huge success and was internationally lauded because they claimed that the tigers were rescued from poachers. The Tiger Temple proclaimed that it offered a serene and peaceful natural environment for the Tigers to live in, cared for by the Buddhist monks serving the temple. All of these facts led to a massive influx of international and national tourists, who decided that the unique Tiger Temple was a must-visit destination. Also, the Tigers appeared to be increasingly docile and friendly, and the tourists could take photographs with them. Tourists also got the opportunity to cuddle tiger cubs, and nobody seemed to want to miss out on that. A child sitting on a tiger’s belly while a monk points towards the camera. (Kieran Lamb / Flickr)

In 2005-2008, a British NGO Care for the Wild International (CWI) conducted undercover investigations into the conditions of tigers at the Tiger Temple. They unearthed ghastly evidence that the Tigers were regularly beaten with wooden sticks and clubs, were kept in unsanitary conditions with inadequate food, and were forced to sit out in the sun for too long. They also reported that when the Tigers were disobedient during photo sessions, the keepers sprayed their faces with urine. In the wild, tigers use urine to mark territory or to show aggression. Using this tactic to force the Tigers into submission was one of many heinous cases of abuse that the Tiger Temple committed. Later, it was theorised that the docility of the tigers was brought about by drugging them. A monk sitting on a tiger inside the temple. (Kieran Lamb / Flickr)

In 2008, CWI released a complete report on the ongoing abuse of tigers at the Tiger Temple titled “Exploiting the Tiger”. The investigators found damning evidence of the Temple being used as an illegal breeding and trafficking centre of these endangered tigers. A copy of a contract was also unearthed where the Tiger Temple agreed to send tigers to an illegal tiger farm in Laos. The contract was signed by the tiger farmer, the Abbott (high priest), and a member of the Tiger Temple board. These actions break Thai, Laos and International Law all at the same time. In the name of conservation, tigers at the temple were abused for more than 20 years.

In 2010, the Tiger Temple decided to sue Edwin Wiek, the founder of “Wildlife Friends Foundation of Thailand”, a conservation sanctuary located in Hua Hin. They decided to bring forth a defamation case against Edwin, and two others, over comments they made in the Thai Post, a Thai-language daily newspaper in the country. However, this lawsuit came to nothing, and all charges were dropped.

The investigation by the Thai government

In early 2016, two reports spanning nine years of undercover investigation and research conducted by the Australian organisation Cee4Life were released to the public. The first Cee4Life report contained CCTV footage, recordings and witness statements regarding the regular unexplained disappearance of tigers from the Tiger Temple facility. The second report contained chilling evidence of the sale of tiger body parts, trafficking, gifting and international transport. Immediately afterwards, National Geographic also released a comprehensive report alleging that the monks at the Tiger Temple were abusing the tigers and were operating for-profit breeding, selling and exploitation business. Following these reports, the Thai government set into motion procedures to shut down the facility for good and to rehabilitate all the tigers and return them to wild. Tigers, being endangered animals, are considered state property in Thailand and breeding them without a permit is a violation of Thai Law.

In May 2016, the Thai forest officials started removing all the tigers from the facility. To their horror, they discovered forty tiger cub corpses preserved in freezers located in the facility. According to veterinarians working with the Forest Department, the tiger cubs had died only a short time before the raid. The temple had not reported any tiger cub births in months. This was the final proof that the Temple was exploiting tigers and breeding them for profit. The Abbott and other board members of the Temple are under investigation for smuggling and animal abuse.

Due to the selfless action of these animal rights activists, the Thai government was able to put a stop to this horrible industry.

Enjoyed this article? Also, check out “Tiger Farms: Where a Shady ‘Tiger Conservation Business’ Puts the Entire Feline Population at a Greater Risk“. 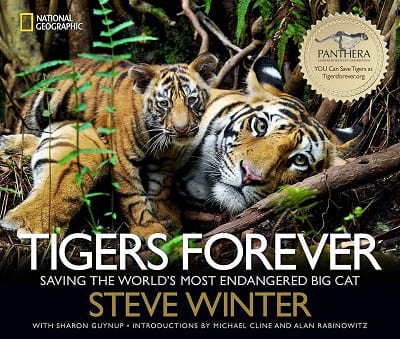