Every year, hundreds and perhaps even thousands of children are kidnapped in India for ransom or revenge. Not all these kidnappings are reported to the police, since the traumatized parents often fear what the kidnappers might do to their children. In some cases, the children are returned after the ransom has been paid. However, in others, many children never return home.

The author, Arita Sarkar, is a journalist who has investigated a large number of kidnapping cases around the country. In this book, she gives us the details of ten kidnapping cases that occurred in recent times.

In the excerpt about Mukta and Ritesh Jain from Coimbatore, we realize just how scary it can be to let young children go off on their own. Even in their seemingly safe neighbourhood, only 500 metres from their home, danger can lurk.

The Jain family, who had moved down South from Pali in Rajasthan, lived in Kathan Chetty Lane in Coimbatore and ran a store selling bath and furniture accessories. Rajan and Swati Jain had two children, 11-year-old Mukta and 7-year-old Ritesh, who were in Class VI and Class III, respectively, at Suguna Rip School in the Tatabad area.

As the school was six kilometres away, the Jains had arranged for a school van to pick up and drop off their children. Several other children of the neighbourhood also used this school van service, Surya Cabs. Every morning, at 7:30 a.m., the children walked down the narrow lane from their home to the pickup point in front of the Vinayak Temple on the main Rangai Gowder Street. It was only a short distance of 500 metres and was considered safe enough for the children to go on their own.

On the day that they were kidnapped—29 October 2010—Mukta and Ritesh went as usual to await their school van. However, instead of their regular van, a different vehicle—a white Maruti Omni—arrived to pick them up. A 23-year-old man, Mohan Krishnan, was driving it. Although he was not their regular driver, the children were familiar with him. So, even though the other usual students were not in the vehicle, they didn’t think there was anything strange about the situation. They got in and settled down to be driven to school.

“Instead of driving in the direction of the school, Mohan took the road to Pollachi, a town around 50 kilometres from Coimbatore.

When Mukta and Ritesh realized they were nowhere near their school, they began to panic. They repeatedly asked Mohan where he was taking them and begged to speak to their parents. Soon both were in tears.”

Mohan Krishnan hailed from Angalakurichi, a village in the outskirts of Coimbatore. Along with his parents, he had moved to the city in search of employment about seven years earlier. Mohan Krishnan had kept in close touch with his childhood friend, R. Manoharan, and the two of them plotted together to kidnap the Jain children.

“Based on the confessions of the two men, the mahila court’s judgment would later note that the two had chalked out their plan to kidnap the two children five days before abducting them.”

The original plan was to take the kidnapped children to the secluded hilltop Gopalsamy temple in the Western Ghats and to keep them there until their parents paid the ransom. They assumed that they would get the money before the week was up and, in the meantime, nobody would realize where the children were. As the local villagers came to the temple only on Saturdays, it was pretty much deserted at other times.

The two kidnappers had tried to make their heinous plan as foolproof as possible. First, they got the children away without any trouble. Second, they kept them quiet and from attracting the attention of passing motorists by lying that they were taking them to their school picnic. Third, they meant to hide them in the secluded temple until they received the ransom. Fourth, they had decided on calling from a landline to ask for Rs. 20 lakhs, instead of using their mobiles.

“‘They knew that if they made the call from a mobile phone, the police would eventually track their location and find them. They had planned to demand a ransom of Rs 20 lakh. They decided to keep the children somewhere and make the ransom call from a landline,’ said Thiru Kanagasabapathy, the investigating officer.”

What they hadn’t counted on was the now-terrified children becoming hysterical and uncooperative, and their own vicious natures that now eclipsed any remaining remnants of sanity and decency.

They tried to herd the frightened, weeping children along a steep, forested path to the temple, but that did not work out. The children climbed a short distance up the hill and then refused to go beyond that. They said they were too tired and did not want to walk anymore. The kidnappers debated whether they should forcibly drag the children up the hill but decided not to risk anyone hearing their screams and protest.

From Kidnappers to Murderers

So, they got the children back down the hill and into the vehicle and drove off. They were not sure what they were to do next. They didn’t have any other hideout where they could take the children. And it is difficult for two young men to keep two unwilling children—and especially a girl child—in an urban area without arousing the suspicions of the neighbours. And, without a hideout, where were they to keep the children until they received the ransom?

The realization that their kidnapping plan was unravelling put the kidnappers in foul tempers. Not only would they not get the money, but the children would also identify them to the police as well.

Perhaps it was then that they decided to take the step from kidnappers to murderers.

Before that, though, they unleashed their baser instincts on 11-year-old Mukta. Driving to a mango orchard, they forced her little brother into the front seat and threatened him with violence if he turned around. Then the two of them raped her.

“Investigating Officer Thiru said, ‘Mukta was too young to understand what was happening to her. They warned the boy not to turn around as they took turns raping her. Mohan raped her first, while Manoharan kept an eye on the boy and hit him every time he tried to turn his head.’ The postmortem report would later note that Mukta suffered ‘injuries to her vagina and anus due to forcible sexual assault’.”

The disturbing incidents in this book will send chills down the spines of readers and should serve as a warning to all parents in India and elsewhere. You never know who may be keeping track of your children’s movements and with what evil intent. Unfortunately, kidnapping is not a crime that it is possible to always foretell or completely stamp out. There will always be greedy, amoral people who can harm your children for their nefarious ends.

And that’s why, you need to be more vigilant about your children’s safety—always know where they are, who they interact with, and what activities they are engaged in, for instance— and take more definitive steps to shield them from harm.

For more, read the book: 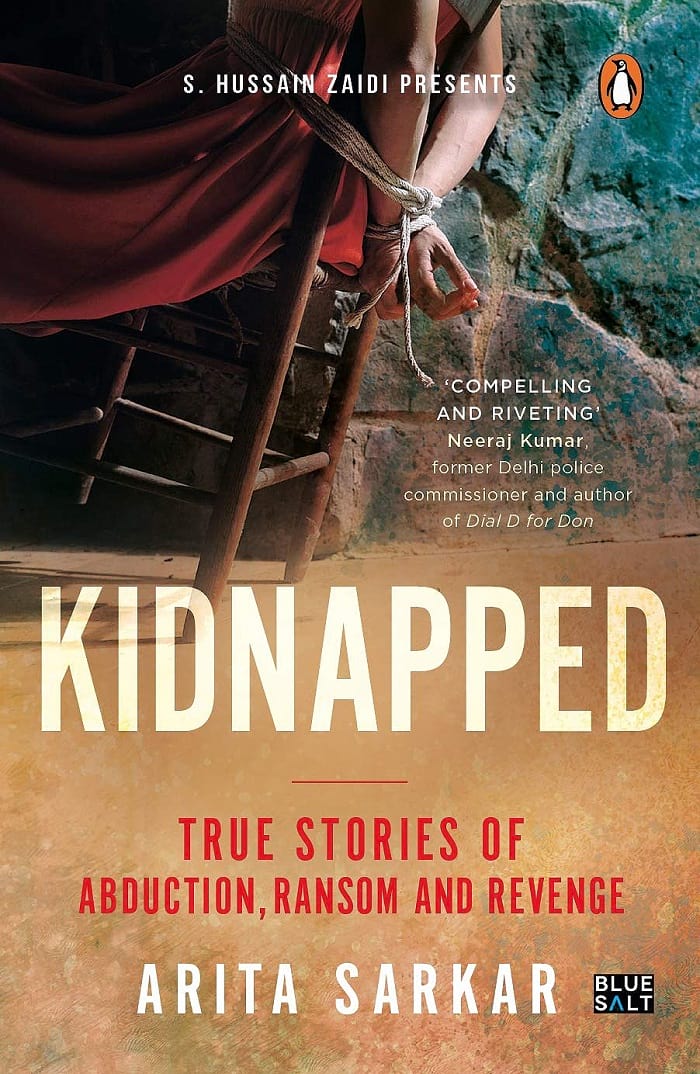