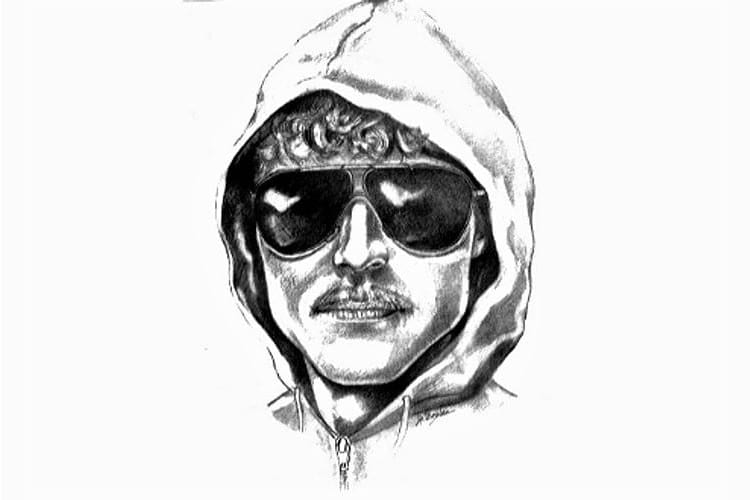 Sketch of Unabomber released by FBI during investigations.(FBI / Public Domain)

Anyone can whine over the rot that prevails in and around human society. One can take remedial measures at a personal level or suggest course correction for same. But one can’t ride roughshod over perceived injustice and go on a killing spree to neutralize perceived enemies. If one does it, it is déjà vu Ted Kaczynski, the Unabomber.

Welcome to the world of a Schizophrenic, the person, the patient, the mentally ill. He is the Judge, the Executioner and the Legislature, all rolled into one for a cause that he deems fit. He brooks no argument against his precept, not even if it is a question of life and death. He will prefer death rather than cede that he was wrong. Death penalty stared him in the face as he stood trial for domestic terror. A submission that he was insane or mentally ill was the best bet to spare him a death sentence. But Ted consistently maintained he was sane and in full control of his mental faculties. State, in its wisdom, spared him death, albeit he must spend rest of his life in jail.

Circa 1942, Ted is born to a Chicago family of Polish ancestry. His younger sibling, David, would in time get him arrested and be rewarded for same. Ted was reserved and a loner by temperament but academically brilliant right from school. At 16, he was accepted in Harvard University on full Scholarship even though he had skipped 11th class (after passing High School). He was consistently brilliant in studies, though chary of socializing or making friends. A surveillance study by psychologist Henry Murray scarred him for life.

The study was a sneak peek into the deep psyche and rubbed Ted the wrong way. He started believing that the world outside was conspiring against him; a cardinal symptom of Schizophrenia, the mental disorder in which a person lives in fantasy and delusion, far removed from ground realities of earthly existence.

Graduating in mathematics in 1962, Ted earned Master’s degree in 1964. He completed Doctorate (from the University of Michigan) in mathematics in 1967. The same year, at 25 years of age, Kaczynski was appointed Assistant Professor in University of California at Berkeley. Teaching geometry and calculus to undergraduate students, he was the youngest teaching faculty to have reached that rank. He held this post for 2 years and then resigned without any cogent reason; queer and unpredictable behaviour is a hallmark of a Schizophrenic.

After resigning from the University of California, for 2 years he lived with his parents at Illinois. In 1971 he shifted to woods outside Lincoln, Montana where he built a cabin with little housing amenities. That was his vision of a free life, close to nature and shorn of technology. The state of art in science and technology, he felt, was a bane for human society.

This idea defined his life and put him on a 17 years’ terror trail marked with mail bombs. He targeted academics, airline officials and whoever he thought was a harbinger of the machine age. His manner of insidious killing gave him the byname Unabomber (One who bombs University and Airports). 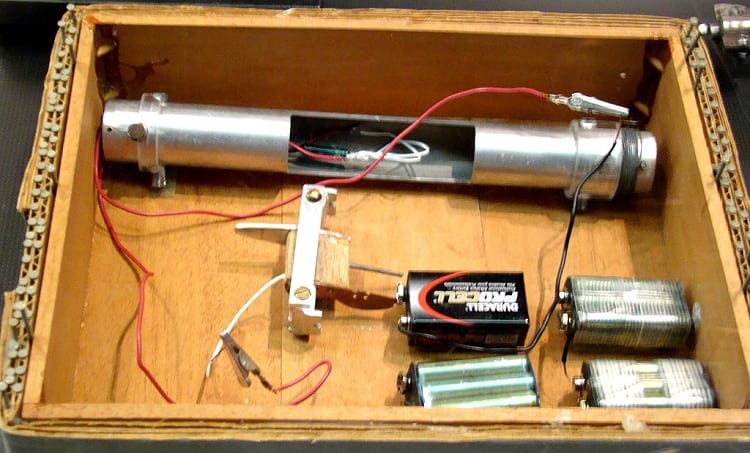 A reproduced model of bombs made by Unabomber. (Queerbubbles / Wikimedia Commons)

Ted’s anti-tech crusade began in the 1970s, leaving 3 dead and 23 injured. When the Federal Bureau of Investigation (FBI) finally closed in on him, it was the longest and most expensive manhunt as Ted Kaczynski was no ordinary criminal. He lived outside Lincoln, Montana, like a hermit, in a shanty with no electricity, running water and toilet. Partly financed by his parents, he thrived by Spartan living. He picked up odd jobs and subsisted on raw vegetation and flesh of stray animals.

A life sans industry, in his opinion, was paramount to leading a free and a happy life. Modernity was an antithesis of human welfare. It weaned man from his pristine ‘wild nature’ and made him a slave of Science. Technology, he averred, made man dependent on machine and gizmos and thus robbed him of his carefree existence. He wanted human society to eschew technology, return to nature and be free like birds and animals in wild. All scientific research and meddling with nature for advancement must stop. That alone will end human miseries and bring peace and happiness on earth, he asserted. 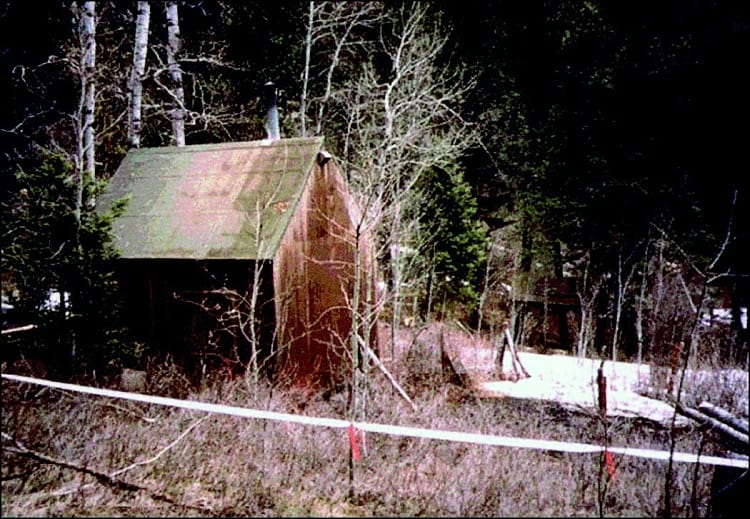 The year 1975 saw him deeply anguished over encroachment of real estate and industry on his Spartan camp. Influenced by French philosopher Jacques Ellul, he vandalized construction works in the vicinity of his ham home. But his angst didn’t stop with just this. He had more sinister plans up his sleeves. Beginning in 1978, he started sending explosive parcels through the US Postal service to people/institutions he felt were against the ethos of his own lifestyle.

His first target, Buckley Crist, Professor of Engineering, Northwestern University, luckily escaped unharmed. He raised alarm over a package that carried his return-address. He never mailed any such parcel, the intrigued professor raised alarm. A security guard opened the package to his peril. The bomb inside the parcel exploded, injuring guard’s hand.

For the next 7 years, Kaczynski mailed 9 crude bombs, self-prepared using metal pipes. Mails were addressed to American and United Airlines, and academic administrators, injuring many, some seriously. The first fatality happened in December 1985. The victim was Hugh Scrutton, the owner of Sacramento computers.

By this time notoriety of Ted, as Unabomber, had climaxed. FBI was on tenterhooks and completely ceased of the matter. Crime pattern indicated one person, or one group, behind explosions. Significant links with Chicago and the San Francisco Bay area were also established. Identification of Ted, the criminal, was then just a matter of time.

By now Unabomber was a buzzword in media. In 1995, an overconfident Ted writes a 35000-word treatise titled `Industrial Society and its future’. It was a lucid exposition of his viewpoint. The industrial revolution, he argued, was a big mistake. Trash all technology. Modernity is a curse. Live like animals as that’s what real freedom and real happiness is, etc, etc.

He commanded his treatise be published in mainstream media if America wanted him to stop his bombing spree. Federal Bureau of Investigation couldn’t let go of this opportunity to close in on their target. Even as it seemed like bending to whims of a criminal, state administration approved publishing of the maverick treatise.

The public at large was finally reading a Schizophrenic masquerading as the mentor. One of the readers was the wife of his younger brother. She, in past, had perused through some letters of Ted with a similar message. She spoke to her husband that the mysterious bomber seemed like his elder brother. David, her husband, couldn’t agree more. He reported the matter to FBI.

Things moved at a fast pace. On April 3, 1996, Ted Kaczynski was arrested from his rural cabin, busy with his unfinished bombs and related tools. 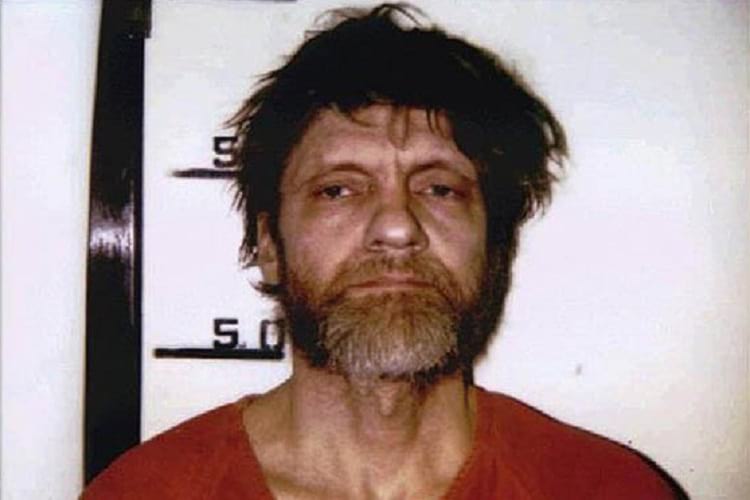 Mugshot of Ted Kaczynski after his arrest. (FBI / Public Domain)

Generally despised for domestic terror, Ted nevertheless touches a chord with many who, for good reasons, are chary of technology overload. Many thinkers and philosophers have voiced on similar lines as Ted. What makes him different is that he could change time and tide with his terror tactic.

But then what more can be expected of a Schizophrenic? A beautiful mind was neutralized by a gory action plan.

Enjoyed this article? Also, check out “D.B. Cooper: The Man Who Hijacked a Plane and Got Away“.

Recommended Read:
Every Last Tie: The Story of the Unabomber and His Family | By David Kaczynski

Previous Article
Mine Flail: Triggering Mines to Ensure Safety
Next Article
The Story of The Most Inspiring Football Match in History: Christmas Truce of World War I