Too Bored to be Normal, Stanley Clifford Weyman Found Adventure in Being a Serial Impostor Stanley Clifford Weyman (left) impersonating as a naval officer with Princess Fatima Sultana of Afghanistan and her entourage. (Library of Congress)

Not all people are satisfied with what they are. The idea ‘If I were him’ dogs them perpetually. Some find ways to sublimate their desire through creative activities. Those who don’t, act their thoughts and suffer consequences. Stanley Clifford Weyman was one such want-to-be-someone- else, who acted his thoughts, and became a notorious impersonator. On the flip side, his misadventures earned him admiration too.

The name was part of the game

He was born at Brooklyn, New York, on Nov 25th, 1890, as Stephen Jacob Weinberg. When 21, he dribbled with his own name, shuffled it and moderated it into new formations, to fit his myriad treacheries. So, sometimes he was ‘Swift’, at other times S. Clifford Weinberg, Ethan Allen Weinberg, Sterling C. Wyman, Rodney S. Wyman, Allen Stanley Weyman, C. Sterling Weinberg, Ethan Allen Weinberg, and finally, when 50, Stanley Clifford Weyman. He wasn’t content to be a common man, a Mr Nobody. When impersonating an officer in the French navy, he chose the name ‘Royal St. Cyr’. Strange as it may seem, Stanley made no facial alterations to look different while impersonating.

Couldn’t have fulfilled all his career ambitions, so chose a short cut

As a growing child, Stanley wanted to be a doctor. His poor parents couldn’t afford it. In time, Stanley acted as a doctor for one of his phoney roles. As an attaché of William Gaynor, the Mayor of New York, his deception lasted till the Mayor himself called his bluff. Then he became a bomber pilot of Balkan war who bombed the Sultan of Turkey. And, funnily, honoured by the same Sultan for his bravery.

What made Weyman tick? It was the blitzkrieg of his trickery that worked for him. Rather than facial makeup, he relied on being well dressed for the occasion. He took care to research his role and hence was rarely suspected till much later on. Acting Ethan Allen Weinberg in 1915, he inspected USS Wyoming, an American battleship undergoing repairs on Hudson river. Posing as Consul General for Romania, deputed by the Queen, he fixed a date with Naval Administration on phone. He arrived in Naval Uniform, wearing Admiral’s hat, and received a 21-gun salute at New York Harbour. In full airs of a senior officer, he castigated seeming inconsistencies around. In a bit of an overdrive though, he arranged for a lavish party for officers at Astor hotel. That did him in. The spies zeroed down on him as he was in the midst of a sumptuous meal. He famously lamented missing his sweet dish. He should have been arrested after he had finished his dessert, he remarked in a lighter vein. Naval Officers were aghast, but couldn’t help admiring his grit and ingenuity.

Was humble when caught in the act

No trace of remorse on being caught. No panic, no melodrama, just plain submission to the law of the land. That was the enigmatic Stanley, acting phoney, not for material gains, but just to allay his never-ending itch to be someone else. Itch happened once again in 1921. Princess of Afghanistan, Fatima, came to America for business. Simultaneously, she wanted to meet, Warren G. Harding, the President of America. But because of administrative hiccups, she couldn’t. Enter Stanley, and she could.

Stanley read about Princess Fatima in a newspaper and decided to meet her. The meeting happened in her hotel suite, and Weyman introduced himself as Naval Liaison Officer, an imaginary post. Apologising profusely for the problems she faced, he assured her of arranging her meeting with the President. Princess couldn’t have asked for more and gave him all the money he needed for the job. Then, it was quintessential Weyman on his mission. On 5th July 1921, he escorted Princess Fatima and her group to the White House and introduced her to the honourable President. Event’s group photo carried his picture and that proved to be his undoing. When picture went public, he was recognized, convicted for faking a Naval Officer, and jailed for 2 years. 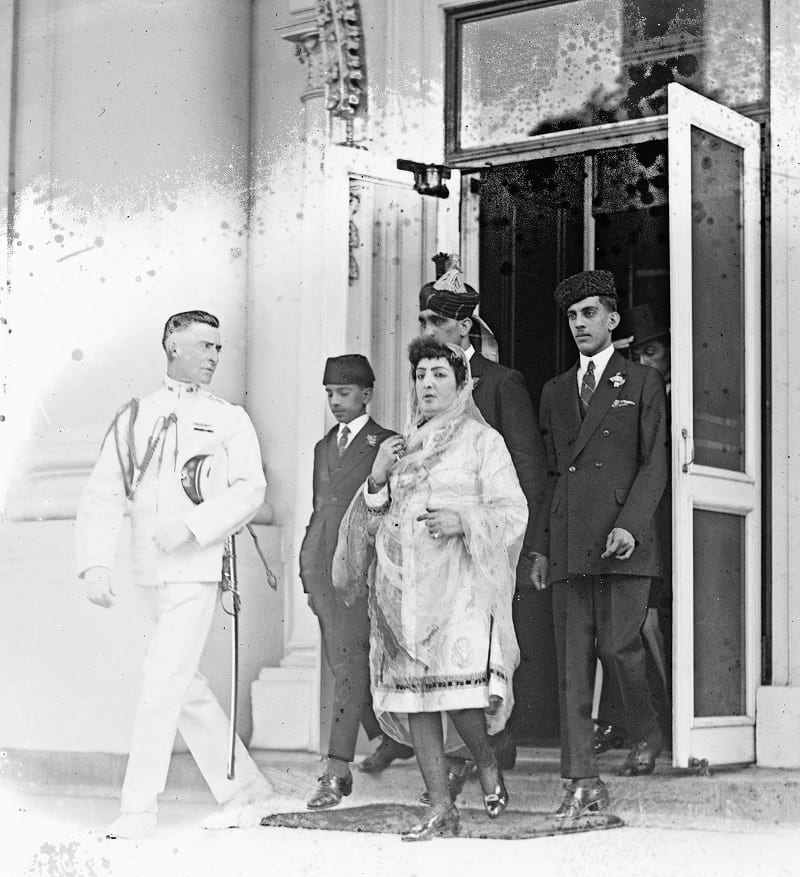 Stanley Clifford Weyman: Earned admiration of even his victims, and tricked to the hilt

Undeterred, Stanley went on to act as a personal physician to Pola Negri, the widow of Rudolph Valentino, the superstar of the silent film era. When exposed, the lady took no offence and refused to take legal action against him, instead, she reportedly said “I don’t care. He is the best doctor I’ve ever had.”

By 1930 his infamy had peaked. That made it difficult for him to con anymore. But he still had wits about himself. When world war 2 broke out, service in the Army was declared compulsory. Stanley came to the rescue of those who were keen to avoid this compulsion. He opened a school to teach them how not-to-be-picked-up-for-army. They should act as mentally challenged, or deaf, he would coach them. Everyone had to imbibe his teachings well. Else, he would disable them for the army – by puncturing their eardrum. The macabre practice came to light in 1943, and Weyman was again in lock up. Clearly, his time was up and over.

Lived his hi-fi dreams but died a common man

The year 1960 saw him in as a real civil employee, a Night Manager at a Motel in Yonkers city, New York. Here, in an incident of robbery, he was shot dead. A man who impersonated a Doctor, Psychiatrist, Naval Officer, Sanitary Expert, Liaison man, diplomat and aviator, all for a personal high – met with a pedestrian end.

Enjoyed this article? Also, check out “The Story of the Ingenious and Daring Escape from the Alcatraz“.

Previous Article
The South China Mall: Why Did the Largest Mall in the World Fail?
Next Article
Himalayan Monal: The Nine-Coloured Bird of the Himalayas