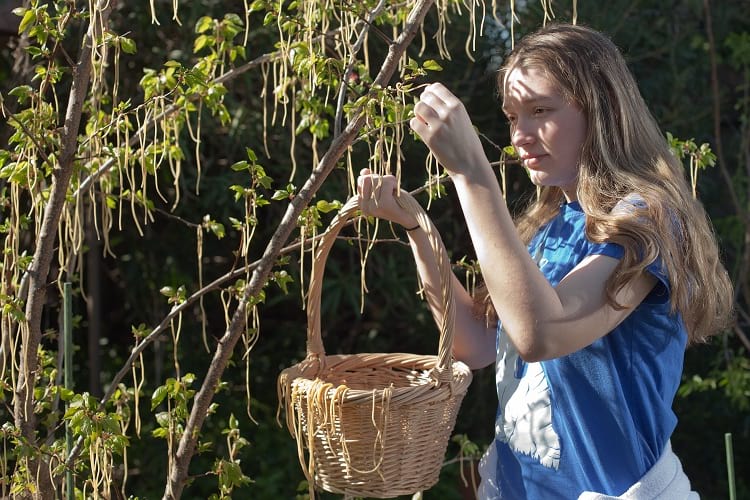 Exactly 62 years ago, British people believed that spaghetti grows on trees. Their belief blossomed after the British Broadcasting Corporation (BBC) aired an authentic-looking serious Panorama 3-minute documentary on the subject.

In her article titled Did You Know: Spaghetti Grows On Trees? Colton Kruse stated that the BBC explained in its documentary the careful process of cultivating spaghetti and harvesting it.

Britishers believed that spaghetti grows on trees in spite of the date – April Fools’ Day.  Perhaps for the first time in the history of television history, the idiot box was used to stage an April Fool’s Day hoax.

Writing on the same subject in another article, Colton Kruse said the BBC programme on spaghetti farming in 1957 appeared completely legitimate and credible. Though the British public bought the BBC lie completely, one should be fair to them.

Brits were not familiar with pasta

The Brits of that time were not familiar with pasta. They still felt the aftershocks of food rationing that started during World War II. The local grocery stores were almost empty even as Europe was in the process of rebuilding itself.

For example, Itay’s olive oil was yet to reach the cooking pans of British homes. In those days, olive oil was being sold at chemist shops and it was being used for removing wax from the ear.

The Brits were, in those days, practically ignorant of Italian cuisine. But, when BBC’s “Panorama” programme with its reputation broadcast reliable news, innocent Britons just lapped it up.

However, with the imagination of the Britons on the rise by the 1960s, thanks to exotic dishes like meatballs and spaghetti, the spaghetti harvest prank got exposed.

But after April 1, 1957, the Swiss Spaghetti Harvest hoax got a huge response. Hundreds of Britons called the BBC to know how they could grow and harvest spaghetti in their own backyards. In reply to this query, the BBC used to politely reply by saying that a sprig of spaghetti can be placed in a tin of tomato sauce.

Charles de Jaeger, the BBC cameraman for Panorama programme, was the one who gave the original idea for the spaghetti hoax. Born in Vienna in 1911, De Jaeger earlier worked in Austria as a freelance photographer. He moved to Britain during the 1930s. Initially, he worked for the film unit of General Charles de Gaulle’s Free French Forces. In 1943, he joined the BBC.

De Jaeger was known to be a practical joker. The spaghetti hoax idea actually grew out of a remark of one of his Viennese school teachers. The teacher is believed to have told his class teasingly that spaghetti grows on trees.

After several attempts, de Jaeger sold the idea to his bosses in 1957 during his stint with Panorama programme. The rest is history.

The Panorama programme was the BBC’s flagship news programme that boasted of a 10 million viewership. Richard Dimbleby was the programme’s anchor. He was highly revered public figures of Britain in those days. People used to trust every word that Dimbleby used to utter. That is one of the reasons why the spaghetti harvest hoax could fool millions of British viewers.

Meanwhile, with April 1 of 1957 falling on a Monday, de Jaeger felt it was a rare opportunity for the Panorama programme. After Panorama’s editor Michael Peacock liked the idea, he approved the plan and granted a budget of £100 for the hoax programme.

The programme’s shooting location was set near Lake Lugano close to a hotel in Castiglione, Switzerland. It was a perfect setting with evergreen Laurel trees.

Twenty pounds of uncooked homemade spaghetti were hung from the branches to create the effect of spaghetti trees. De Jaeger employed a handful of local girls wearing their national costume to hang the spaghetti on the trees. He then filmed them.

The shooting footage was rent to London. It was edited as a three-minute segment and then music was added to the background. After that Dimbleby’s voice-over was added.

All this as done in secrecy and on April Fool’s Day joke it was broadcast on the Panorama show.

The broadcast showed Dimbleby sitting on the set of Panorama and looking into the camera he read the script without a trace of a smile.

Hundreds of viewers rang up the BBC

Soon after the programme was broadcast, hundreds of viewers rang up the BBC. The callers came up with divergent views and reactions. While some enjoyed the joke, others claimed that spaghetti grew horizontally.

Interestingly, though, at the end of the day, BBC broadcast a statement informing the viewers that it was a hoax.

In spite of the confession, several people were still confused. One person who was fooled included Sir Ian Jacob, who was the director-general of the BBC.

BBC slammed for taking liberties with the trust of viewers

After some days of the broadcast of the hoax, the BBC was criticized for taking liberties with the trust of its viewers. BBC’s Panorama programme later never tried another April Fool’s Day hoax. But strangely, its hoax inspired similar stunts across the world.

For instance, the Melbourne station HSV-7 broadcast a similar segment titled the Australian Spaghetti Crop in 1967. In 1970, the American NBC Evening News, as a sign of paying its tribute to the original hoax, broadcast a segment named the “Dimbleby Pickle Farm”. Some of the other hoaxes include the Pickle Ranch Harvest in May 1978.

Enjoyed this article? Also, check out “Cardiff Giant: The Colossus That Charmed and Mislead America“.