The South China Mall: Why Did the Largest Mall in the World Fail? 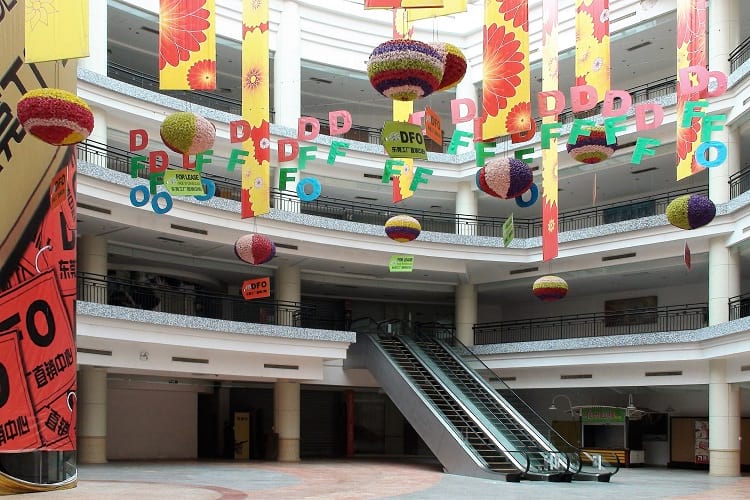 As China makes its way towards becoming an economic power to reckon with, it is inevitable that it will encounter a few hiccups along the way. One such hiccup was the South China Mall, a massive retail project that failed to live up to its potential.

Unfortunately, unlike the Dubai Mall and the Mall of America, the South China Mall has not so far enjoyed the widespread success its developers expected. Despite having pre-leasing agreements with around 1016 stores, the mall opened with only 386 stores. The much-publicized crowd of 200,000 plus people per day never materialized. Over the next ten years, the stores that had leased space in the mall closed or went out of business, and over 99% of the mall space remained empty. It became apparent that the mall was a losing proposition and the Western media began to deride the place as a colossal failure. Building the biggest mall in the world

The South China Mall began as the brainchild of the Chinese millionaire Hu Guirong. Having made a fortune from instant noodles, he decided to take a hugely ambitious foray into the retail business. The mall was his maiden venture. Since he originally came from Dongguan in Guangdong province and had great pride in his hometown, he wanted to build something so big and amazing that it would put the place on the world map and attract people from all parts of China as well as from around the world. His company, Dongguan Sanyuan Yinghui Investment & Development, took out a financing loan of a billion yuan (around $154 million then) from the Agricultural Bank of China for building the mall.

It is very likely that the loan approval was influenced to a great extent by a feasibility study carried out by Guangzhou’s SMR Group. According to this study, the prospective mall was likely to attract over 200,000 customers per day, and more than a few of these would be shoppers from nearby Guangzhou and Shenzhen. Yes, the researchers who conducted the feasibility study appear to have believed that people would come daily from these cities. That they would prefer to shop at the new mall in another city, rather than at the many malls closer to their homes. The study appears to have been based more on wishful thinking than on practical realities.

In any case, the idea of building the largest mall in the world appealed to the Chinese government as well. Once they had made their approval clear, the bank did not bother further about the project’s economic viability. They just made out the loan to Mr.Hu.

Mr. Hu’s company spent over $1.3 billion in constructing the mall. They sent out design experts to malls around the world to review and gather the best building ideas. The final design of the mall included seven international zones where shoppers could experience the thrill of walking through replicas of the European cities of Amsterdam, Rome, Venice, and Paris, not to mention through faux versions the Caribbean and Egypt. To give visitors a European experience, the builders constructed replicas of famous landmarks like the Arc de Triomphe from Paris, a Venetian canal complete with gondolas, and St. Mark’s bell tower from Venice. Then, to amuse the crowds further, they also added a 1,814 feet roller coaster. 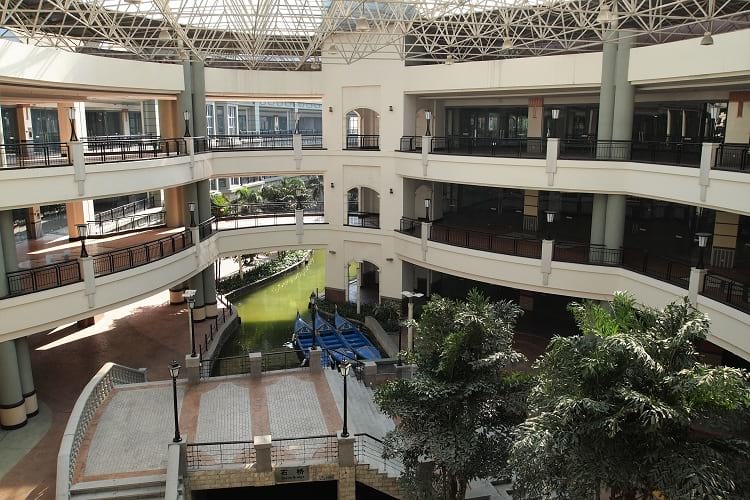 Later, in December 2006, when it became more than apparent that the mall was a failure, Mr. Hu sold a 50% controlling interest in the mall to Peking University’s Founder Group. For all practical purposes, this meant the Chinese government had stepped in and taken over to save face. Given the amount of international publicity that the mall’s opening had generated, they couldn’t very well let the mall fail. In September 2007, the Founder Group changed the mall’s name from ‘South China Mall’ to ‘New South China Mall’ and hoped for the best.

If you build it, doesn’t mean they will come

There is a well-known maxim – Build it, and they will come. That hasn’t been true for the New South China Mall in the ten plus years since its opening.  The only places in the mall that see a trickle of visitors are a few restaurants like McDonald’s, KFC, Pizza Hut, and Kungfu, the IMAX film theatre, a small amusement park for children, and a former parking area that is now a Go-Kart track. 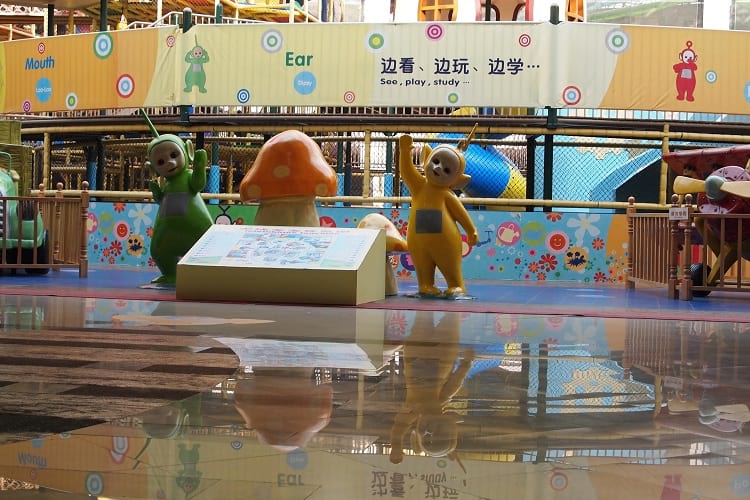 The rest of the mall – almost 99% of it – remains empty, and the security guards discourage people from visiting these unoccupied areas. The available staff is, apparently, unable to keep up the complex maintenance, and much of the infrastructure is deteriorating and crumbling. The snaking canal is growing green with algae growth. Old faded decorations remain in place and add to the overall gloom. While Mr. Hu certainly appears to have had laudable intentions, neither he nor his team seem to have given much thought to various practical aspects regarding the project’s feasibility. For a mall to succeed, it has to be in an area where there are enough consumers, and it must be easy to access. The general public must also find the mall itself simple to navigate. People should be able to move about easily through its various sections without feeling trapped or lost. The New South China Mall scores low of all these aspects.

Let’s consider the issue of demographics

Migrant workers make up a large percentage of the population in Dongguan. They work hard in the nearby factories for average wages of $200 per month and send a good portion of these earnings to their families back home. They have neither the leisure time nor the disposable income to spend in a luxury mall.

Regarding the matter of shoppers visiting from Shenzhen or Guangzhou, that was an unrealistic expectation. There are many large malls in those regions. They, therefore, have no incentive to travel to Dongguan.

Another aspect that the mall developers overlooked is that the Chinese are, in general, savers not spenders. Also, only a minuscule percentage, as compared to the entire population, is wealthy enough to splurge on luxury goods for the snob value.

The issue of location

Built on what was formerly agricultural land in Wanjiang district in Dongguan in Guangdong province, the South China Mall is situated some 55 kilometres away from the city centre in an out of the way location that is not easy to reach. To get there from Dongguan, the city residents must travel for about two hours and, moreover, change a few buses to complete the journey. And after that, since none of the local buses go directly to the mall, they have to get off about one kilometre away and walk for 15 to 20 minutes to get to the mall. The bus fare for this distance is not cheap. Taking a taxi is even more expensive and necessitates paying toll fees to the Dongguan Development Company Limited.

Various journalists and travellers from outside China have found reaching the mall to be a big headache. Doubly so, as the locals were unable to give them the exact directions. For all practical purposes, the largest mall in the world is not even on the radar of most people in Dongguan.

Other issues plaguing the mall

Malls generally rely on big-name stores to act as anchor stores to draw in the crowds. In the case of the South China Mall, while several big-name stores did have a pre-lease agreement with the mall management, they never took up tenancy at the mall. Likewise, Shangri-La Hotels reneged on their promise to open 5-star facilities in the mall complex.

Can the biggest mall in the world resurrect?

Anything’s possible, so who knows? At present, the mall management is concentrating on attracting the local Chinese middle-class, and this might prove to be a more successful strategy.

Previous Article
Hindenburg: The Tragic Death of World’s Biggest Commercial Airships
Next Article
Too Bored to be Normal, Stanley Clifford Weyman Found Adventure in Being a Serial Impostor