Six Flags New Orleans: The Theme Park That Was Abandoned after Hurricane Katrina 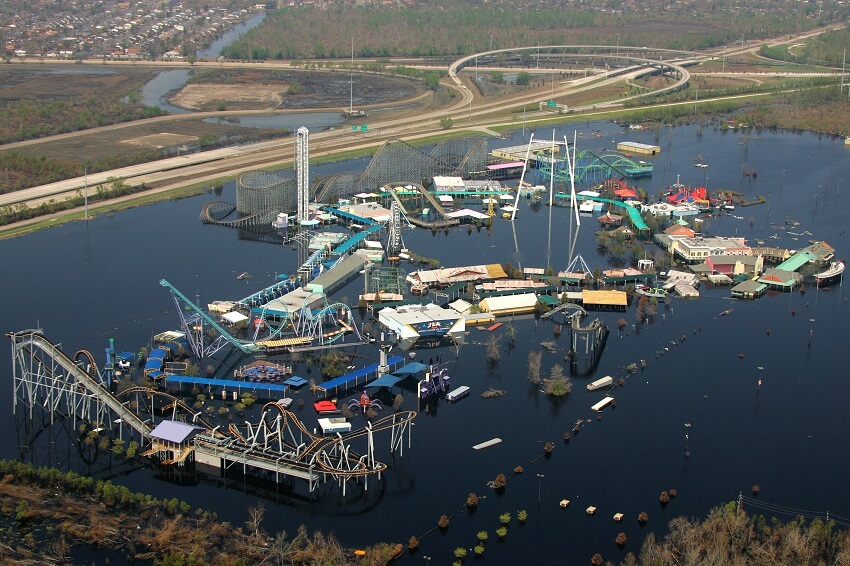 Bounties of nature are blessings. Even the ravages of nature are a blessing, albeit in disguised as a tragedy. So, when New Orleans city of America was hit by Hurricane Katrina, the state administration woke up to its lapses of commission and omission. And realized that it was more of a manmade disaster than a natural calamity. The theme park ‘Six Flags’ built on the sea coast, and ravaged by a hurricane, will now be modelled into a seat of learning about the environment and adventure sports.

The amusement park was hit by Hurricane Katrina

The park was ill-fated right from the beginning. Inaugurated in the year 2000, under the name Jazzland, it went bankrupt in just 2 seasons. Thereafter, in 2003, it was taken on lease by Six Flags, the largest amusement park company in the world. Two years later, in 2005, the park was hit by Hurricane Katrina. Damage caused was huge and irreparable. Hence, the Six Flags was forced to abandon the amusement park.

The tropical cyclone, Katrina, began as a depression over the Bahamas, the island country in the Atlantic Ocean, on 23rd August’ 2005. In the next 2 days, fierce winds blew at 119-154 Km/hr. in Florida, the southernmost state of America. On 27th, the storm intensified in the Gulf of Mexico and became category 3 hurricane with winds blowing at a speed of 185 Km/hr. Very soon, it became the most powerful Atlantic storm ever with winds lashing the Gulf of Mexico with a speed of 275 Km/hr. On 29th August, the hurricane progressed to category 4 in the southeast of New Orleans. Related: How is the intensity of tropical cyclones estimated?

Experts had warned much in advance that most of the urban settlement in the city of New Orleans was low lying and prone to flooding. Global warming was causing the sea surface to expand and eat into coastal areas in the course of time. The advice wasn’t taken seriously. Some even believed the city would not be hit by Katrina. But that was not to be, and hell broke loose in the city of New Orleans. New Orleans wasn’t directly hit by Katrina, it was collateral damage that did it in. The 10 inches of attendant rain was too much for the embankment (levee system) put in place to check to the flood of the city’s metropolitan area which was already located below sea level. As the levee system failed, the water of Pontchartrain and Borgne lake rushed in, inundated 20% of the city by the afternoon of 29th August.

Huge loss of life and property in spite of the warning

Mayor of the city, a day earlier, had sounded alert and ordered all inhabitants to move out of the city for safety. About 1.2 million inhabitants followed orders and moved out of the city. But about 10 thousand, willy-nilly, stayed put. And, by 30th of August, 80% of the city was submerged in water. In that situation, the local state administration couldn’t extend the required help to the affected people. With the city’s administrative machinery paralysed, there were instances of looting and arson. People perched on rooftops were salvaged by helicopters. The deluge and its aftermath claimed 1,800 lives. Material damage was to the tune of 160 billion dollars. By far the costliest natural disaster recorded in American history.

The resurrection of the park was impracticable

The Six Flags: New Orleans, situated on low lying 162 acres of land became a ready container for the surge of water flowing from a higher level. The drainage pumps installed in park failed and soon it became a pool of floodwaters, 4-7 feet deep. Material damage was huge. 80% of the park buildings were demolished. Prolonged contact with saltwater corroded the metal of fun gadgets and rides installed in the theme park. Repairing and restructuring the damage was deemed untenable. And the possibility of restarting the amusement park in future was put to rest. 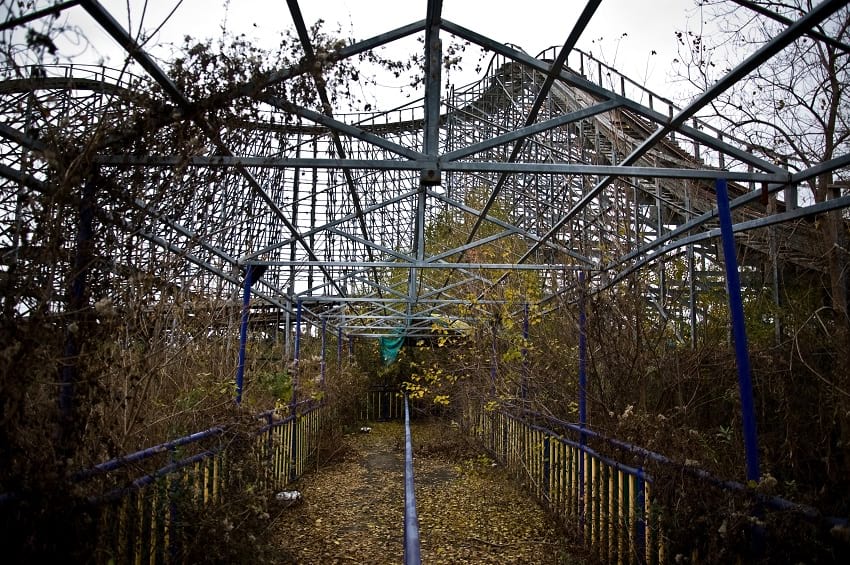 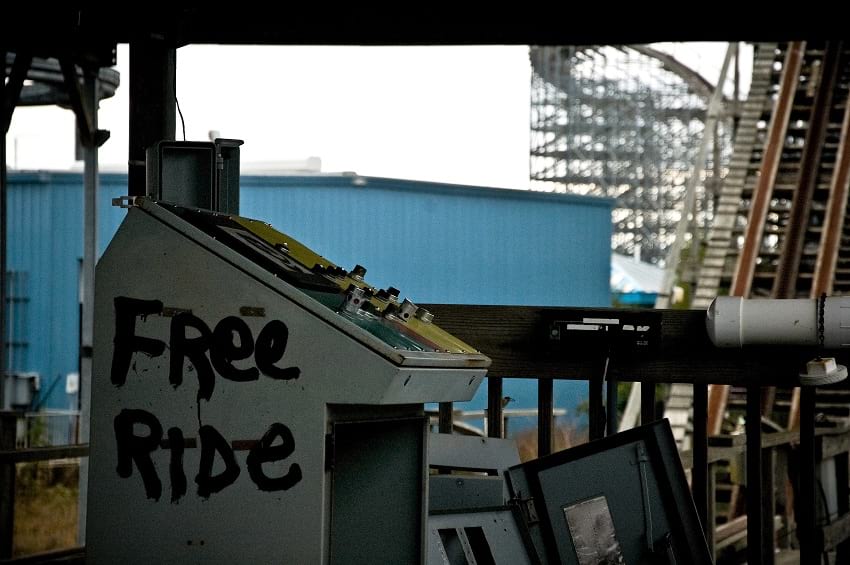 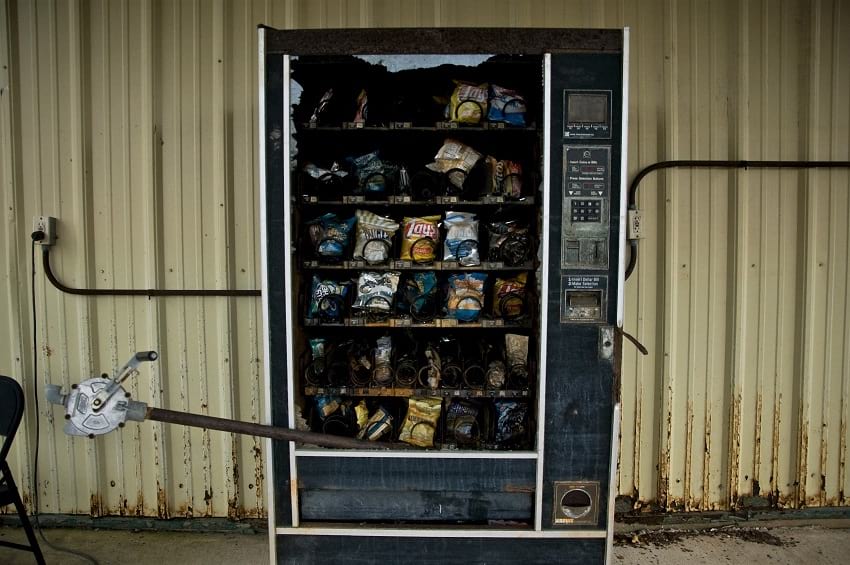 There are people who revel in exploring the deserted and the abandoned urban sites. It is their way of having a first-hand feel of ruins which were glorious in their heydays. Could the remains of park cater to such people, and become a destination for urban exploration (Urbex)? No. Reason being wanton pilferage, and take-away in the name of souvenir, which would invariably happen in urbex. Also, because the area of the decrepit park isn’t safe for the visitors. It is flushed with wildlife like alligators, snakes, wild hogs, rabbits and insects. For the people living in the neighbourhood, as of now, the park is an eyesore, a festering wound that must be treated as soon as possible.

At present, the desolate park is closed for visitors. Entry to the site is declared illegal. In the year 2016, the possibility of reviving the Six Flags Park, and attracting investors for same, was thoroughly explored. But to no avail. Therefore, it was finally decided to remove all traces of what remains on-site as a remnant of the erstwhile Six Flag’s funfair.

Mayor of the city of New Orleans, LaToya Cantrell, declared in May this year that the leftovers of the park would be demolished to clear the ground for another establishment. The exercise would cost 1.3 million dollars to the state exchequer. The evacuated land would be used to establish an institution land for creating awareness about climate change. It would also be a school for zipline courses on adventure sports, and guided tours to the nearby wildlife refuge.

Special thanks to Nathan Hoang from Flickr for releasing the photos of the abandoned theme park in creative commons.