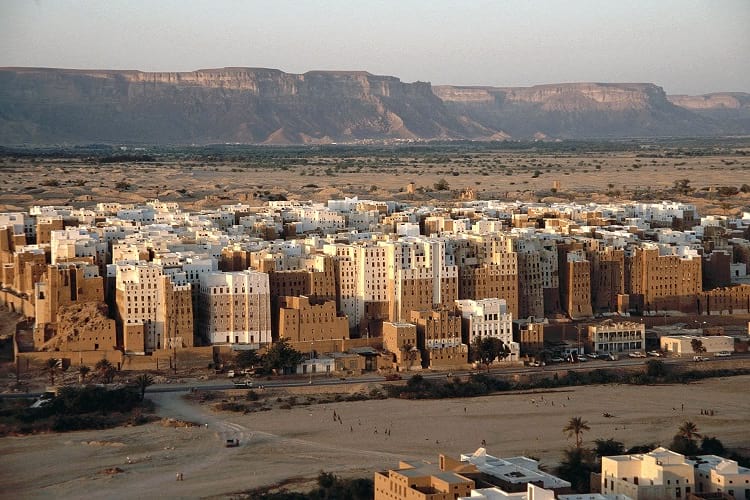 The high-rise buildings made of mud-bricks at Shibam. (Jialiang Gao)

Deep in Yemen’s desert valley, lying about 588 km from capital Sana’a, is the over 1700- years-old fortified town called Shibam. In the western world, the town is known as ‘Chicago of the Desert’ or even the ‘Manhattan of the desert’.

Shibam’s tall houses that are made of sun-baked mud bricks impressively raise up to seven storeys out of the edge of the cliff of Wadi Hadramaut. Surrounded by a wall, the 16th-century town is a very old example of a perfect urban planning thanks to its principle of vertical construction. Key caravan halt on the incense and spice route

Shibam, which is an ancient town, is a key caravan halt on the incense and spice route in the southern Arabian plateau. The town, which has a rectangular grid plan of streets and squares, has been built on a rocky terrain above the Wadi bed.

Interestingly, beneath the town lies another settlement that got partially washed away by massive floods sometime in 1533. The original settlement at Shibam belongs to the 13th century. An unnamed castle that belongs to that era still exists in the walled town. There also exists a mosque, simply known as the Friday Mosque which dates back to the 9th to 10th centuries. 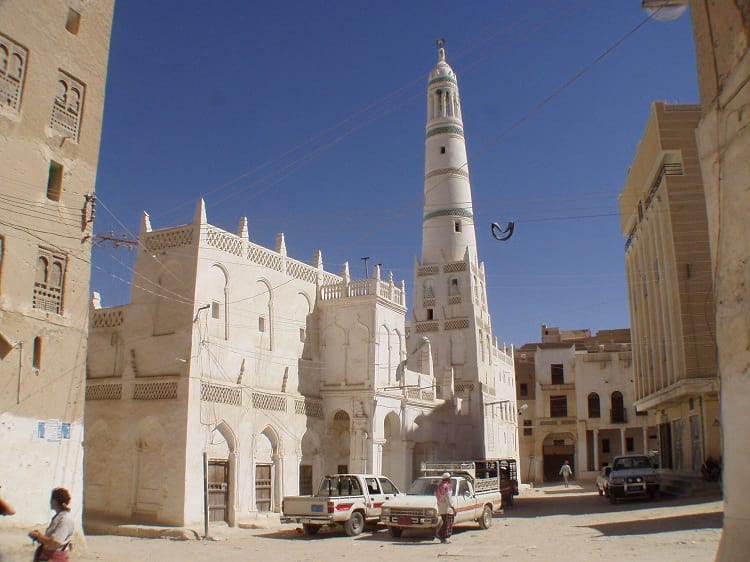 The ancient town has its origins in the pre-Islamic period. In 300 AD another city named Shabwa was located further west to Shibam along the wadi. It got destroyed in the floods. Later, when the local traders returned from the Asian markets, they moved the settlement to the present location, i.e. inside the walled town. Since then the new town developed and expanded onto the southern side of the wadi. At this stage, Shibam became the capital of the Hadramaut region.

Shibam originally started as a commune for warring families who were seeking prestige, power, and protection from thieves, mainly Bedouin. The idea of tall stacked housing was the architectural norm of the day that solved the problem of becoming weak from attack.

The stacked housing idea is a historical one. It is a fantastic piece of engineering. According to Salma Damluji, the use of sun-dried mud bricks is an important technique that withstands any type of natural climatic challenge. Salma Damluji is an expert on the traditional architecture of Arabia.

Sun-dried mud bricks slow the pace at which the room temperature within the building changes. They are also cheap to produce and are reusable. Interestingly, the mud brick architecture is found across West Asia. Egyptian architect and intellectual Hassan Fathy was one of mud brick architecture’s greatest champions.

Shibam has been designated a UNESCO World Heritage site.

In addition to the mud bricks, other unique features of Shibam include wooden windows. Apart from providing privacy, they also alter the course of Sun glare and provide improved air circulation.

Narrow streets in the town and its open plazas also improve air circulation. The architecture of Shibam, therefore, provides a complete and uniform approach to urban planning. 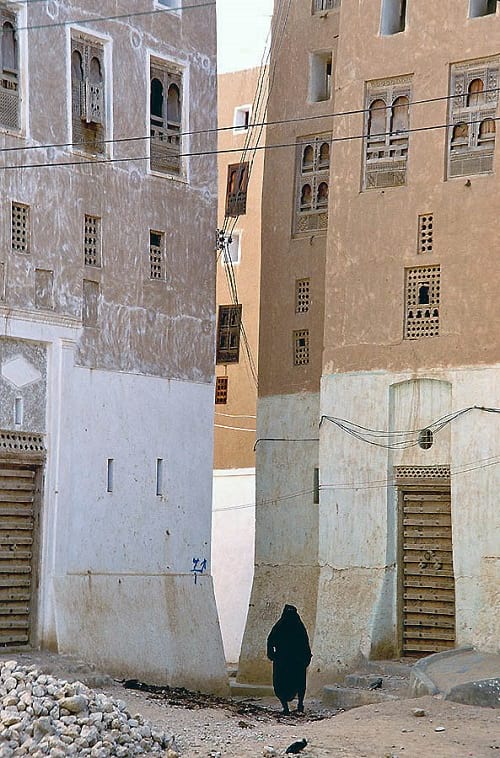 During the 19th century, when spice traders used to return from Asia, the walled town of Shibam was getting regenerated and expanded to form a suburb named al-Sahil. Shibam town and the Wadi Hadramaut are a great example of how humans settled in the area with the help of exciting town planning and unique land use.

The local Hadrami urban architecture of the town with its visual impact through design, materials and building techniques is a unique expression of the Arab’s traditional culture.

The land around the walled town is still used for agriculture and generation of mud for construction purpose. As such this is part of an integrated form of the economic process in the region.

The many multi-storeyed buildings in the town with hardly any windows at the ground level are a testimony to its defensive character. But of late, the social and economic changes witnessed the world over are threatening the homogenous society in the ancient town.

Interestingly, the historic town’s exemplary urban planning highlights the important period of Hadrami history between the 16th and 19th centuries.

The town, which is located between two mountains close to the giant flood wadi, is basically isolated and far away from another urban settlement. Shibam, therefore, is preserving the last surviving evidence of a traditional society that is dependent on agriculture.

Threats to the town

The only distressing threat the town faces is the flood. It may happen at any time posing a threat to the authenticity and integrity of the walled old town. In October 2008, the town faced one such disastrous flood.

In order to protect and preserve Shibam’s cultural identity, Yemen has two strong laws, i.e. Antiquities Law (1997) and the building law (2002). Yemen has also come up with a new protection law in the guise of the Historical Cities Preservation Law. 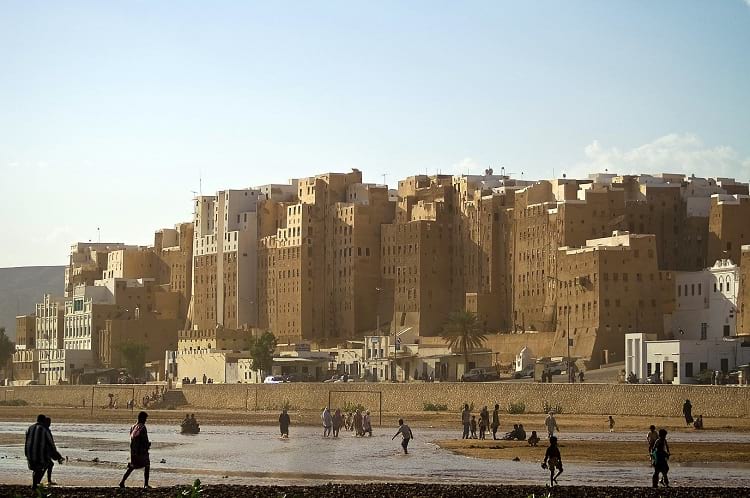 Master Plan for the ancient town

Under the Urban Conservation Plan, Yemeni authorities also developed a city Master Plan for the ancient town. In 1990, established the General Organisation for the Preservation of Historic Cities in Yemen (GOPHCY) to manage and safeguard historic cities in the country.

Meanwhile, to improve Shibam’s overall economic, physical and social conditions a branch of GOPHCY is working with GIZ. The two organisations have managed to benefit local people under the housing rehabilitation programme.

As per a brief of the UNESCO, Shibam is the home of the world’s first multi-storied apartment buildings. It has also become a symbol for the rise, fall and rise of West Asian culture in the isolation of a desert environment.

Previous Article
Sea Cucumber: The Modest Marine that Needs to be Protected
Next Article
MS The World: Life on Board the World’s Largest Residential Cruise Ship