Saudi Aramco, the World’s Most Profitable Company is a Flag-bearer of Women’s Empowerment & Sustainability Saudi Aramco happens to be one of the world’s most profitable companies, according to Bloomberg News that had the opportunity to look at its accounts. Being one of the largest companies in the world in terms of revenue, Saudi Aramco is said to have the second largest daily oil production in the world, as well as the largest crude oil reserves, second only to Venezuela, at approximately 270 billion barrels or more.

During the First World War, there was a shortage of oil and several American companies had been excluded from Mesopotamia under the “San Remo Petroleum Agreement” of 1920, by the two countries – the United Kingdom and France. However, in 1921, the American secretary of commerce, Herbert Hoover, introduced an “Open Door Policy”. 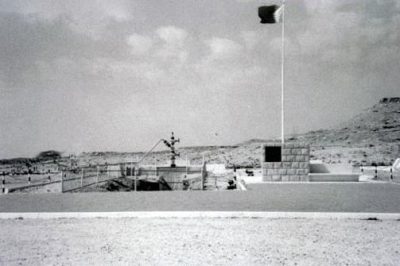 Among the US companies that had been looking for new sources to obtain oil from abroad, Standard Oil of California (SoCal) was one of them. In May 1932, SoCal hit upon oil in Bahrain through one of its subsidiaries, the Bahrain Petroleum Co. (BAPCO). This incident increased the intrigue revolving around the prospects of oil in the Arabian mainland. However, on 29th May 1933, the government of Saudi Arabia agreed to let SoCal to survey Saudi Arabia for oil, and were granted a concession as opposed to Iraq Petroleum Co. SoCal handed over the concession to California-Arabian Standard Oil (CASOC) which was also one of their subsidiaries.

Having no success with locating oil, in 1936 the Texas Oil Co. (Texaco) bought 50% of the concession. Finally, in 1938, they tasted their first success in Dhahran, where they had their seventh drill site and was called Dammam No.7. It produced over 1500 barrels in one day that gave the company a boost of confidence to continue to grow. In 1944 the name of the company was changed to Arabian American Oil Co. (Aramco), and four years later in 1948, the number of shareholders grew. Standard Oil of New Jersey (also known as Exxon) owned 30% of the company, Socony Vacuum (later known as Mobil) owned 10% of the company whereas Texaco and SoCal each continued to have 30% of the company. 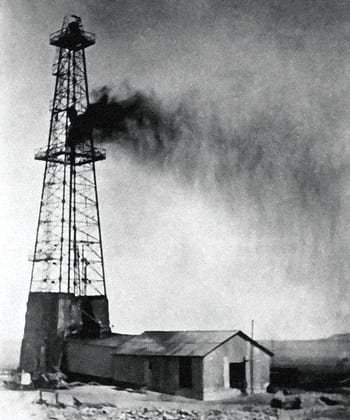 The Gas Initiative was announced in May 2001, by Saudi Arabia and according to the proposal there would be 3 joint ventures with 8 IOCs (International Oil Company) that would be employed for “gas exploration on pure upstream acreage”. The first Core Venture included the regions of South Ghawar and northern Rub’ Al-Khali. The second of these Ventures comprised the Red Sea whereas the third Core Venture included the areas of Shaybah and Kidan. However, in 2003 a partnership was formed between Royal Dutch Shell, Total S.A. and Saudi Aramco in Core Venture 3. Core Venture 1 separated to form three joint ventures where Saudi Aramco held 20% of shares, with Lukoil, Sinopec and Repsol.

In 2004, Aramco had begun to produce at least 8.6 million barrels in one day, and by 2005 they had decided to increase their production and hoped that their capacity would increase to 12.5 million barrels in one day. In order to do so, they launched their five – year plan and doubled their drilling rigs and also increased their refining capacity. In the same year, Saudi Aramco was estimated to have a market value of 781 billion dollars and had established itself as the world’s largest company.

Aramco had a turnout of over 400 million scf (standard cubic feet) in one day once it started production from the Karan Gas Field in 2011. In September 2018, the Wall Street Journal stated that Aramco had been thinking about investing 1 billion dollars in international technology firms.

Saudi Aramco has always been aware of the importance of women’s empowerment, and they were one of the first organizations in Saudi Arabia to have hired their first female employee in 1964. Maintaining the ratio of women to men has always been important for the company. Keeping this in mind, Saudi Aramco introduced two programs. The first one was an initiative taken to pay attention to women in business while the second was an initiative that focused primarily on thrusting women into leadership. In the past decade, the organization doubled the women in the workforce. Hiring female engineers has also become one of Saudi Aramco’s priorities, and the company has made special efforts to do so.

For the longest time, concern for the environment has been a Saudi Aramco commitment. In 1963, the company started their very first plan to protect the environment. According to this plan, any form of pollution like air, land, groundwater and land was to be monitored and controlled.

The company has an Environment Protection Department which makes sure that the organization works in an “environmentally responsible” way. Saudi Aramco also promotes recycling programs for paper and printer toner cartridges, as well as several awareness programs. These awareness programs are not only available in company communities, but also community schools. There are many company initiatives, like the Mangrove Seedling Transplantation campaign and cleaning drives for the desert or the beach that have over hundreds of volunteers every year.

The company is also associated with several regional, as well as international, agencies such as Gulf Area Oil Companies Mutual Aid Organization and the International Petroleum Industry Environmental Conservation Association. These associations are a medium of communication between the oil industry and international organizations that discuss several environmental issues.

Previous Article
Tomb of Bibi Jawindi: On Cross Roads of Islamic Ethos
Next Article
The Great Fire of London: The Blaze That Destroyed 80% of England’s Capital