Born on October 22, 1830, in Manchester, William Tebb was a British businessman and a social reformer. Tebb was famous for his research and concern about premature burial. Along with Gloucester general practitioner, Walter Robert Hadwen, he co-founded the London Association for the Prevention of Premature Burial in 1896. 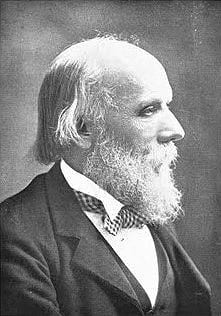 This resulted in a fear of being buried alive amongst people. It also led to a psychological disorder, taphophobia or ‘fear of graves’. William Tebb and Walter Robert Hadwen along with doctor Edward Perry Vollum (who had a near-buried-alive experience),  published a book, Premature Burial: How It May Be Prevented, in 1905. The book dealt with accounts of live burials and how they could be prevented.

The fear of premature burial was on the rise during the outbreak of cholera in the 18th and 19th centuries. However, there have been reports of people being buried alive much before the 18th century.

A general practice started to develop, to have a waiting period before burial to confirm the death. When Dr. Robert Robinson, an English Dissenter minister of the Protestant Christian community died in 1791, he had given instructions to prevent his accidental premature burial. He was buried with a movable glass pane on his coffin and a mausoleum with a door, to be checked from time to time by a watchman to confirm his death. He even left instructions with his relatives to check in on his grave.

The advent of the safety coffin

The first safety coffin was designed by Duke Ferdinand of Brunswick-Wolfenbüttel, who suffered from taphophobia. Before his death on July 3 in 1792, he got his coffin constructed with a window for some light and a tube for the supply of fresh air. The lid of the coffin was not to be nailed in. Instead, it was fitted with a lock, the key to which was kept in a pocket of his shroud. His shroud also had the key for the lock on the tomb door.

German priest, P.G. Pessler suggested in 1798 that all coffins should have a cord attached to the church bells so that upon tugging the cord, someone or the other was sure to hear the church bells ringing. This idea led to the various designs of safety coffins with a system to signal life. Pastor Beck, a colleague of P.G. Pessler went so far to suggest a trumpet-shaped tube attached to the coffin to be checked for decaying odours by the local priest on a daily basis. In case of no odour, the grave could be dug up to rescue the not-dead person. Count Karnice-Karnicki’s safety coffin with a lever to raise the flag. (Wellcome Collection)

Several decades later, in 1822, Dr. Adolf Gutsmuth voluntarily allowed himself to be buried alive to exhibit the efficacy of his safety coffin design. He stayed buried for a long stretch of time, all this while having food transported by his assistant to him inside the coffin through a feeding tube. He effectively consumed a meal of soup, sauerkraut, sausages, spätzle and beer. He finished his antics off with a cake, all delivered through the feeding tube of the coffin.

In 1829, Dr. Johann Gottfried Taberger created a system with strings attached to the person’s hands, feet and head. These strings were attached to a bell above the grave, weatherproofed in a small structure. If the bell rang, the watchman would insert a second tube providing fresh air to the person till the coffin could be dug out.

The ideas for safety coffin started developing to enable the buried person to signal the world that they were alive. The most common was a cord placed in the hand of the buried person, attached outside to a bell. There were sensor detection contraptions developed which would light a candle on top of the grave to signal life. Some safety coffins had an inbuilt telephone. Safety coffins were a rage from the late 1800s to early 1900s with several companies having patented their designs. In Germany alone, nearly 30 or more safety coffin patents were registered during the late 1800s whereas America had 22 patents registered from 1868 to 1925.

Franz Vester developed the ‘Burial Case‘ in 1868. This safety coffin had a wide tube through which the face of the buried person could be viewed from time to time for any signs of life. The safety coffin patented in 1995 by Fabrizio Caselli incorporated an emergency alarm, an intercom, torch, breathing apparatus, along with a heart monitor and stimulator. Such inventions went on till the late 1990s, though there hasn’t been any proof of anyone benefitting from them.

The grave with a view in Vermont

Probably the eeriest of safety coffins is the one of Dr. Timothy Clark Smith at the Evergreen Cemetery in New Haven, Vermont in the United States. With a severe case of taphophobia, Dr. Smith designed his own grave.

He had a glass pane put on the surface of his grave directly above the place where his head would rest in the coffin. This would allow people to check on him from time to time for signs of breathing. He is said to have been buried with a breathing tube, a bell and tools to enable his getaway in case he was buried alive. He also got stairs constructed leading to an opening in the ground, just next to his grave, which is covered with a removable slab.

Previous Article
The Haunting Visage of the Belmez Faces: An Anecdote of Lost Souls or Purported Skullduggery?
Next Article
Voynich Manuscript: An Enduring, Undecipherable Mystery of the Literary World