Resolute Desk: The US Presidential Office Desk Was Made From an Abandoned Ship 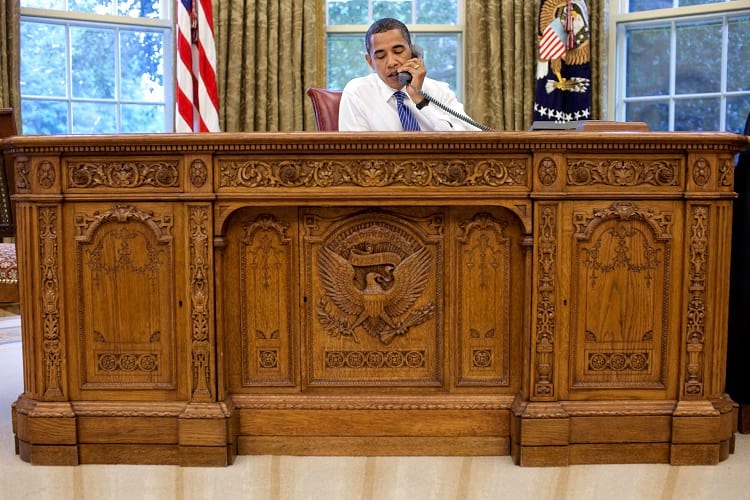 The White House is one of the most iconic buildings of the world and it is also where the President of The United States resides as well as holds office from. Right from former president William Taft to the current Donald J. Trump, the first men of the country have been holding office right here inside the White House.

And what makes the Oval Office even more special is the large Resolute Desk that forms the main piece of furniture in one of the most powerful offices of the world. But did you know that this centrepiece in the US President’s office is nothing but a ‘tragic’ gift from the British royals? The desk that the US president uses for official purposes comes straight out of an abandoned British ship that had gone to explore the Arctic in the mid-1800s?

In the year 1810 Thomas Smith Jr. and William Smith, along with their father Thomas Smith Sr., started a shipbuilding business in Newcastle, England. There the Smiths built the HMS Resolute by 1848, which initially went by the name Refuge and was later known as Ptarmigan. 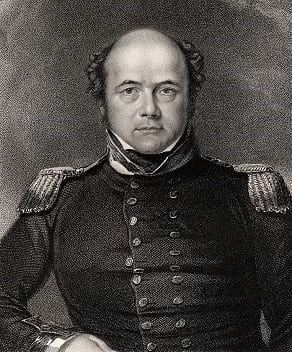 During this time, not enough territory in the Arctic Circle was explored. By the turn of the nineteenth century, British Royal Navy officer Sir John Franklin left on a voyage in 1845 to explore the Canadian-Arctic passage, also known as the Northwest Passage. But he was never heard from again, nor did his crew members ever return home.

Concerned of their whereabouts, three years later, Her Majesty’s Government sent six ships out to sea to bring back Sir Franklin or any news regarding his location. Out of these six ships, the HMS Resolute, which the British purchased from the Smiths in 1850, was also sent out for Sir Franklin’s rescue.

After the deal went through, HMS Resolute – a barque (meaning it had three or more masts) sailing ship – was remodelled in London and fitted with strong English oak wood, a polar bear figurehead and a central internal heating system to keep the ship warm in the icy Arctic weather. On its maiden voyage, under the flagship of Captain Horatio Thomas Austin, Resolute found Franklin’s winter camp near Beechey Island in the Canadian-Arctic archipelago in 1851.

She returned home bearing Sir Franklin’s tragic news in 1852 and was then placed under the command of Admiral Sir Edward Belcher. She journeyed across the oceans with Sir Edward and it was also with him that the Resolute went on her last trip to the Arctic.

What was the Franklin search expedition?

Sir Edward Belcher was handed over with the dual responsibility of the Arctic Expedition and also the impossible task of finding Sir Franklin and his missing ships. Sir John Franklin had gone to explore the Northwest Passage, but along with his crew, he had starved to death after their ship became icebound in 1846.

After Sir Belcher’s thorough scouring of the seas in the east, west and north did not bear fruit, he turned south, where through the discovery of Sir Franklin’s definitive traces and expedition records, proved that the entire crew had perished. Post this incident, Sir Edward Belcher went on many expeditions of the Arctic, exploring the Northwest Passage, making significant discoveries in the course of time.

While on their ocean journey in 1854, Sir Belcher and his crew experienced a very harsh winter, which made living conditions in the Arctic almost inhospitable for humans. Supplies and fuel were quickly running out and ice floes had begun floating closer into the seas. The crew members started suffering from illnesses and were incapable of going farther any longer. It was then that Admiral Edward Belcher took the tough decision to abandon some of his ships, which had slowly started to become icebound. After HMS Resolute got locked in the floe, Sir Belcher ordered his crew to get on board HMS North Star and return safely to England with two relief vessels, abandoning HMS Resolute in the rough Arctic weather.

A year later in 1855, after the thawing of the Arctic floes, HMS Resolute drifted some 1900 kilometres into Baffin Island in Canada, where an American whale-catching vessel named George Henry found her in an abandoned condition. She was taken to Connecticut, where she was refitted and restructured to repair all the damages to its wooden body.

Resolute then sailed to England to be presented to Queen Victoria as a gift of respect and harmony in the year 1856. HMS Resolute later served in the Royal British Navy for twenty long years, never once leaving her home territory. It was finally in the year 1879 that she was no longer of service and was torn apart for her fine oak wood.

After the salvage work came through, the Queen ordered that the timbers of the Resolute be used to make three desks – one of which was to be presented to the American President as a token of appreciation. Came to be known as The Resolute Desk then on, it was gifted by Queen Victoria to the nineteenth US President Rutherford B. Hayes in 1880. 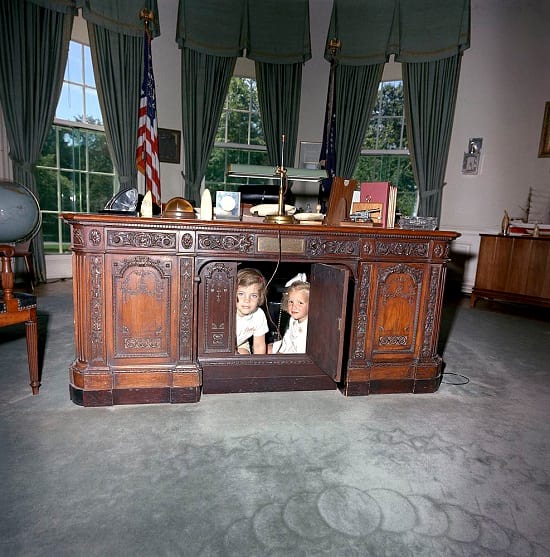 A message was inscribed on the plaque of the desk, along with the Presidential Seal, which adorn the heavy piece of furniture. The Resolute Desk has since then been a part of the White House, serving in various rooms of US presidents. One of its usual places remains the Oval Office, where it serves as the main desk of the US president, from where he carries out most of his official duties. President George H. W. Bush had moved the Resolute Desk in his private study during his tenure once, while President Lyndon Johnson had sent the desk to Boston as an exhibit at the Kennedy Presidential Library.

President Jimmy Carter brought it back into the Oval Office in 1977, where it permanently sat thereafter. Apart from former presidents Franklin Roosevelt, John F. Kennedy, Ronald Reagan, Bill Clinton, George W. Bush and Barack Obama, current US President Donald Trump has been using the presidential desk, which was made from a ship that once travelled to the Arctic for relief and rescue operation. 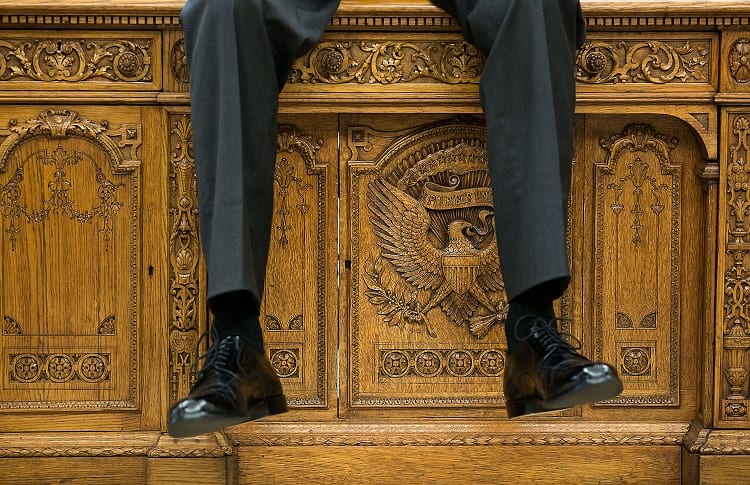 A lot of replicas of the Resolute Desk have come to be a part of pop culture recently. But the one in the Oval Office, which in its long and fruitful time was only modified twice to suit the needs of one of the most influential persons in the world, has become one of the most recognized pieces of furniture across the globe.

Previous Article
Llanfairpwllgwyngyll: A Mindless Tongue Twister or a Place in UK?
Next Article
Socotra Island of Yemen: The Most Alien-Looking Place on Earth

Any cookies that may not be particularly necessary for the website to function and is used specifically to collect user personal data via analytics, ads, other embedded contents are termed as non-necessary cookies. It is mandatory to procure user consent prior to running these cookies on your website.