Remembering the Bone-Chilling Story of the Missing Sodder Children 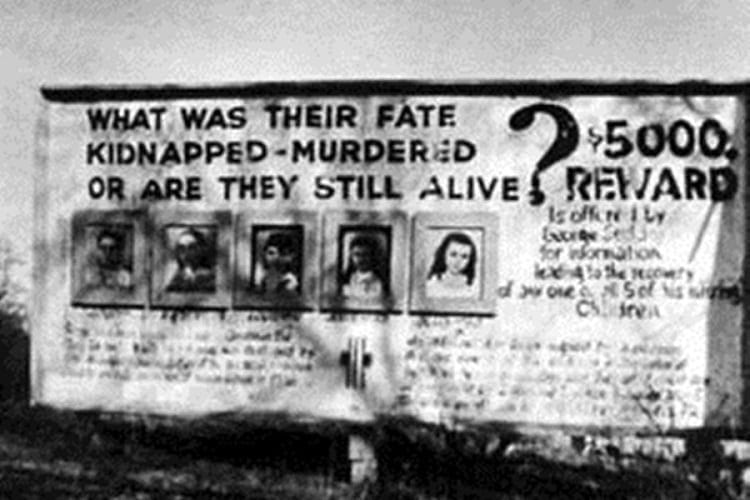 There is nothing more chilling than a murder mystery. The reason being, that when a crime is unsolved then automatically the worst case scenarios will reel through a person’s mind. This would have been the torturous case for parents George and Jennie Sodder after five of their children seemed to have miraculously survived a house fire, their remains were never found.

A billboard was erected offering a generous reward for information leading to their recovery. Many people came forward with rumours, some relating to the Sicilian Mafia.

The location and background are both essential to the mystery. It occurred on Christmas Eve, 1945 in Fayetteville, West Virginia. Nicknamed ‘The Mountain State’, it is predominantly covered by the Appalachian mountain range. Much of the state was rural with many villages separated from the major towns and cities, located to harvest coal and other fuels.

The father George Sodder, moved to the US from Sicily at 13 years old with his brother. An exact reason was never specified but it was common for Italians to make the move for economic reasons. Eventually launching his own trucking company, George married Jennie and had 10 children settling in Fayetteville, a village with a strong Italian community. It was a community in dispute, however political tensions during World War II and the reign of Benito Mussolini caused division. George Sodder openly criticized the Italian government which made him enemies around town.

In the run-up to the fire, some weird things happened. Two months previous, a stranger appeared at the house inquiring about work. He claimed the fuse boxes were unsafe even though George had them checked regularly. Around the same time, another man came to sell insurance. He threatened the family after they declined and quoted George’s dislike for Mussolini in his insults.

Weeks before, the older boys noticed a man in a vehicle parked along the nearest highway, watching them as they walked home from school. Christmas day was hours away – under normal circumstances the happiest time of year for families. 10 PM was the usual bedtime for the kids but they were allowed to stay up late with some early Christmas gifts. So Maurice (14), Martha (12), Louis (9), Jennie (8) and Betty (5) played upstairs while the others went to sleep.

Later, the mother Jennie awoke to a call coming from the office. An unfamiliar female voice asked for an unknown name with much laughter in the background – it was a wrong number. Jennie noticed that the living room lights were still glowing and the curtains were left open. On checking the main door, she found it unlocked – things that the children were meant to take care of. She saw Marion (17) sleeping on the couch in the living room and presumed other kids to be asleep too. She went back to sleep after locking the door, closing the curtains and turning off the lights. Moments later, again she awoke, after hearing a loud bang on the roof.

Shortly after, smoke began to bellow. Instinctively, four of the nine children present escaped to the garden with their parents. The two eldest brothers made it down from the attic but the younger kids a floor below were nowhere to be seen (although their voices were apparently heard). George attempted to get upstairs but the staircase was now alight. He ran for his ladder but it was not in its usual place. He tried to drive either of his two coal trucks to the house to climb atop but neither started, having worked perfectly during the day. One daughter ran to their neighbours to call the Fire Department but none of their phones were working. So a neighbour drove into town to find Fire Chief F.J Morris who set off the alarm.

The house had been completely destroyed in 45 minutes with F.J Morris not arriving until 8 AM (claiming he had to wait for a driver first). By then it was assumed that the five children had died. No remains were found with Morris suggesting the blaze consumed everything and the police deemed it faulty wiring. George and Jennie made the site into a memorial soon after, covering it with dirt and five graves.

As the weeks passed the family began to doubt what happened. They kept wondering how the bodies of five children left no remains behind. A crematorium employee stated that even after bodies are burned for two hours at 2,000 degrees, the bones would still remain. More evidence came to the fore: A telephone repairman told the Sodders that their electricity lines appeared to have been cut, not burned.

An eye-witness came forward and said they saw a man with some car engine removing tools walking through town. They later found a napalm bomb called a ‘Pineapple Bomb’ in the garden area.

Then emerged reports of sightings. A resident of Fayetteville claimed to have seen the missing children exiting the village in a car while the fire was in progress. A woman operating a restaurant in a nearby city served them breakfast the morning after. Another woman met them in a hotel with adults of Italian extraction who kept the kids quiet.

Investigating further, in 1947, George and Jennie the Sodder couple sent a letter to the FBI director J. Edgar Hoover. He agreed to help the family after taking permission from the local authorities but unfortunately, they were declined by the Fayetteville Police and fire department. So they hired a private investigator named C.C. Tinsley.

His investigations revealed that the insurance salesman who threatened George was a member of the jury who declared the Sodder house fire to be accidental. In 1949, the Sodders hired a pathologist to excavate the site. He found human vertebrae but on examination,  it showed greater skeletal maturation than the oldest child of 14. He also found an organ but it was tested to be beef liver and untouched by fire. A bizarre rumour was heard about the Fire Chief – Morris. The investigator told that Morris buried it himself hoping that the family would find it and cease their investigation.

A ray of hope

The famous billboard was then put up on Route 16 offering $5,000, later hiked to $10,000, for information. Over the next few years, many people took the opportunity. A letter arrived from a nearby state St. Louis stating that Martha, the eldest girl, was living there in a convent. Another news came from Florida claiming that the children were staying at a relative’s house known to Jennie.

George saw a newspaper photo of school children in New York City, he believed was Betty. Few mentioned incriminating conversations across the US about a Christmas Eve fire in West Virginia. George spent his life travelling the country to investigate but never found anything concrete.

In 1968, more than 20 years after the fire, Jennie received the most compelling piece of evidence that her children were still alive; a letter containing the photo of a man. The cryptic note with it read “Louis Sodder. I love brother Frankie. Ilil Boys. A90132 or 35.” Both zip codes were from Palermo, a city in Sicily, Italy. Once again they hired a private detective and sent him to Italy for further investigations. 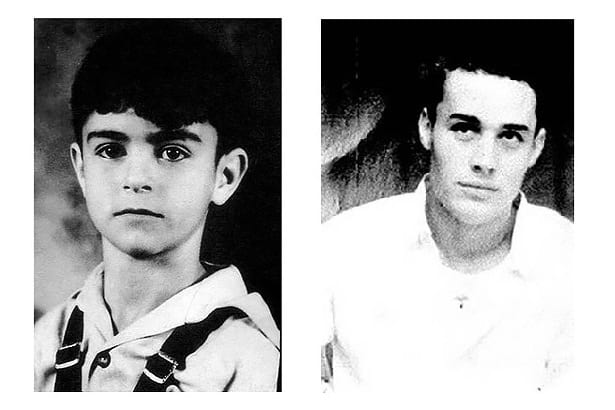 Louis Sodder as a child (Left) and the photo that was sent to the Sodder family years later claiming it to be Louis (Right). (Wikimedia Commons)

They never heard from him again. In 1989, 44 years after the incident the billboard was finally put down. The Sodder parents have since died but their children and grandchildren continue the investigation as do many members of the public fascinated by the story. It is the very definition of a mystery because there are no strong theories on why the children were never discovered. Or if they died, why their remains were not found.

Enjoyed this article? Also, check out “Greenbrier Crime: When Trial Court was Forced to Record Version of Ghost from Netherworld”.

Previous Article
Rejected for Paris, Project Plan Voisin is Accepted Part of World Architecture
Next Article
Martin Laurello: The Astounding ‘Human Owl’ Who Could Turn His Head Around By 180 Degrees