History is full of Holocaust -i.e., Hitler’s Nazi Germany committed an act of genocide by killing six million Jews across Europe. This happened between the World War II years of 1941 and 1945. But does history speak of the Rape of Nanking in the same breath? Probably, no.

The Rape of Nanking is one of the most brutal acts of 20th-century genocides of world history that took place in December of 1937.

The invading Japanese ran over Nanking, which was the capital of China at that time, butchering at least 300,000 Chinese civilians and raping 20,000 to 80,000 women. All this happened in a matter of just eight weeks.

As part of the sack of Nanking, the Japanese went on to torture hundreds of thousands of civilians in the Chinese capital.

Disturbed over this genocide, journalist Iris Chang wrote a book in the subject titled ‘The Rape of Nanking: The Forgotten Holocaust of World War II’. It was published by Basic Books.

It is through this book the modern world came to know of the gory details of the Japanese atrocities in Nanking, China. Until then only a handful of survivors and some others knew about the Rape of Nanking.

Iris Chang claims that Nanking was a laboratory for Japanese soldiers, where they were taught to slaughter unarmed and unresisting civilians. Later, the Japanese are said to have used similar tactics elsewhere in Asia.

Japan failed to acknowledge the genocide

Till today, the Japanese have not acknowledged the genocide. Obviously, the Japanese government is therefore yet to pay reparations to the Chinese for its army’s actions.

The Imperial Japanese Army marched into Nanking in December 1937, at the peak of the second Sino-Japanese war. Nanking was the then Chinese capital city. (Today Nanking is known as Nanjing) As per historical records, the city was virtually undefended. As a result, soldiers of the Imperial Japanese Army swept through the city killing, raping and torturing thousands of civilians.

The city was devastated after a six-week spree of violence. The International Military Tribunal for the Far East concluded that thousands of Chinese women were raped during the first month of the Japanese occupation.

Decades before the genocide, tensions were building up between the Japanese Empire and the Republic of China. These tensions had led to the First Sino-Japanese War between the two in 1894 and 1895 over the Korean Peninsula. At that time the Qing Dynasty was ruling over China.

The Japanese Empire feared the Qing Dynasty’s military presence in Korea. It felt whoever held Korea could control Japan. Japan declared a state of war and annexed the Korean Peninsula from China.

Later, the Russo-Japanese War took place from 1904 to 1905. The two empires fought over the Russian influence over the Korean peninsula and Manchuria. The war came to an end following a treaty which gave Japan official control of Korea and South Manchuria.

After the end of World War I, also known as The Great War, the era of prosperity ended the world over including Japan. To prevent mass starvation following the global economic depression, ultra-nationalists forced the Japanese government to conquer newer territories.

It is in this context, Japan declared war against China and started bombing Nanking from August 15, 1937, onwards. As a result, millions of Chinese turned refugees. They fled the city either by land, boat or train.

At the same time, the Japanese troops first attacked Shanghai before moving on to Nanking. At Shanghai, the Chinese troops gave strong resistance. Both sides suffered heavy casualties. By November, however, the Japanese captured Shanghai.

Even before the Japanese headed towards Nanking, the Chinese government left for relocation. The then president Lin Sen left the city and left its fate John Rabe, who was the head of the Nazi Party in Germany. 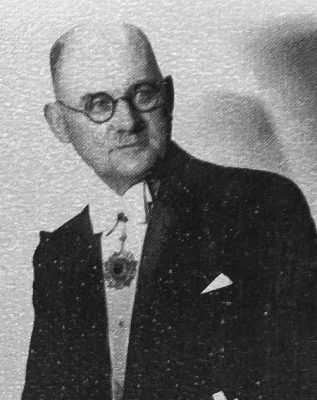 Meanwhile, the Japanese army unleashed their acts of crime on their way to Nanking. They started clubbing, bayoneting Chinese citizens and abducting and raping Chinese women and throwing them into sexual slavery.

Worried over atrocities on the Chinese, a handful of Europeans and Americans formed an International Committee to create a Safety Zone in Nanking. The foreigners had decided to stay put in Nanking and help the Chinese.

As part of the Safety Zone, a small portion of the Nanking city was partitioned off. The area of the safety zone was just two and a half square miles. Within the zone, non-Chinese as well as Chinese were off limits to the invading Japanese forces.

On a fateful day, December 13th, 50,000 Japanese troops attacked Nanking before dawn. Even though the 90,000 Chinese troops outnumbered the Japanese, they collapsed after the enemy deceived and killed them across Nanking.

Throughout the siege of Nanking, the Japanese used Chinese soldiers and civilians for bayonet target practice. Though the massacre was carried on for months, the worst atrocities took place in the first eight weeks itself.

During this period, one could see several beheaded corpses of Chinese victims on the shore of the Qinhuai River that passed through Nanking city. According to writer and journalist Iris Chang, during the massacre, the Japanese army officers inculcated the soldiers to kill. This happened throughout Nanking. As a result, the Japanese soldiers brutally killed people.

The Japanese soldiers indulged in live burials and killing of women after raping them and using them as ‘comfort women’. Almost 50 years later such women broke their silence and asked the Japanese government for financial compensation. It is not known whether they received the compensation or not.

Swiftly, the Japanese took control of the city and also started to regulate the activities inside the safety zone. In spite of their efforts to eliminate the safe zone, the Japanese failed to do so. Eventually, the zone housed almost 700,000 refugees.

Meanwhile, the Japanese imposed a state of censorship over the safe zone. They made attempts to cover up atrocities across Nanking, moderated letters, journals, photos and moving images.

Between March and July of 1938, the genocide was over. The Japanese continued to occupy Nanking through World War II and until they surrendered.

Later in December 1946, after a lengthy trial within the International Military Tribunal for the Far East War, Lieutenant General Tani Hisao of Japan was indicted as a war criminal. On March 10, 1947, he was sentenced to death.

Tani Hisao being escorted for his execution, 1947. (Unknown)

At the same time, the Chinese War Crimes Tribunal convicted three other Japanese officers and sentenced them to death. The officers were Captain Tanaka Gunkichi, Lieutenant Noda Tsuyoshi and Lieutenant Mukai Toshiaki.

Meanwhile, the Tokyo War Crimes Trial charged Commander Matsui Iwane as a Class A war criminal. He was indicted on 29 counts. Further, the former Japanese Foreign Minister Hirota and six others were also found guilty as Class A war criminals. They were hanged to death.

Sadly though, not many records from the Japanese side were available for the war tribunals, because they were destroyed by Japan in 1945. With the result, the prosecutors, as well as the historians, later failed to get accurate details of the Nanking massacre.

In view of these conditions, even today the genocide continuous to remain a contentious political issue between China and Japan. The Japanese government, as well as the civil society to some extent, denies that the 1937 massacre was genocide.

Perhaps, one of the most notorious atrocities committed in Nanking was the killing contest held by two Japanese officers. As news reports of that era indicate, there was a contest between the two officers to see who could kill 100 Chinese first with a sword.

According to unconfirmed news reports, Prince Asaka, who was the Japanese commander at that time, had a role in the Nanking massacre. After the genocide, Nanking took several decades to recover and later grew into a modern industrial city. Today it is home to China’s largest state-owned companies.

Recommended Read:
The Rape of Nanking: The Forgotten Holocaust of World War II | By Iris Chang

Previous Article
Phantom Island: The Islands that Might Have Existed Only in the Imagination
Next Article
Submarine Communications Cables: All That It Takes to Keep the Internet Up and Running